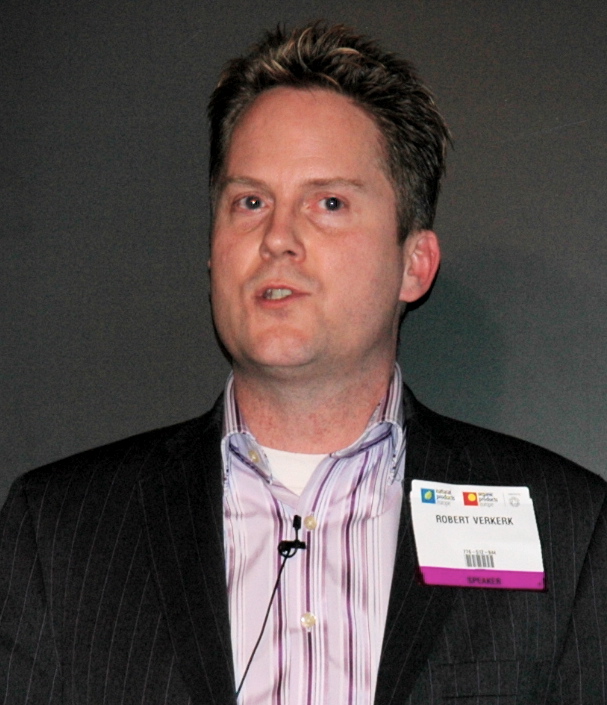 Dr Robert Verkerk, ANH's scientific and executive director, addressed a large audience at the CAM Expo, London, on October 25 2008, explaining the need for a new paradigm in healthcare. The paradigm, he said, should be based around the ecological and economic principles of sustainability.
&nbsp;

CAM Expo is the UK's principle show for 'complementary and alternative medicine' practitioners. Following is an article provided by Dr Verkerk to the show's sister publication, CAM Club, prior to Dr Verkerk's lecture on the first day of the show, October 25, 2008.

Alert to all nutritional practitioners: Are you doing enough to protect your future?

The British Medical Journal’s offshoot publication, Clinical Evidence, tells us that only 13% of medical treatments have been demonstrated to be of benefit.  Even leading figures in the pharmaceutical industry would seem to agree.  Vice President of Genetics for the world’s second largest pharmaceutical company, GlaxoSmithKline, famously admitted in 2003 that: “…the vast majority of drugs - more than 90 per cent - only work in 30 or 50 per cent of the people".

The UK tax-payer currently spends annually more than £10 billion on over 915 million prescriptions and, based on the above, we can safely say that most of them don’t work.  This amounts to a staggering average of more than 15 prescriptions for every infant, child and adult in the UK every year and the number of prescriptions issued has risen by nearly 21% in the period from 2002 to 2006.  Additionally, It has been estimated that in the UK, adverse drug reactions cost the country’s National Health Service £2 billion annually.

On the other side of the pond the data is comparable: You will recall, for instance, the Lazarou et al paper in the Journal of the American Medical Association (JAMA) of 1996 that showed that the ‘correct’, label-prescribed usage of pharmaceuticals contributes to the fourth leading cause of death in the USA.

The last forty years has seen remarkable developments in the field of nutritional and functional medicine.  There are now medical doctors all over the world ‘prescribing’ nutrients rather than drugs for precisely the same range of conditions for which most orthodox doctors prescribe drugs.  Although rigorous comparative studies of these methods, as compared with pharmaceutical approaches, have yet to be conducted, anecdotally it would seem that the efficacy of nutritional and functional approaches far outweigh those of drugs.  Why, you may ask?

The physiological and biochemical basis of the effectiveness of natural approaches to healthcare would appear to be linked to their multi-factorial nature and their compatibility with biological systems within the body.  For example, a wide range of dietary and supplement-based approaches are typically combined with lifestyle, bodywork and psychosocial modalities and these work harmoniously to rebalance physiological systems that for one reason or another have become dysfunctional.  In other words, rather than looking for a direct functional effect of a drug which may block specific metabolic pathways, natural functional and integrative approaches effectively stimulate self-healing mechanisms within the body.  Put simply, natural healthcare is about working with nature, rather than against it.

Ask any nutritional medicine practitioner if he or she could sustain a practice using Centrum, Sanatogen, Seven Seas or any other product in the array of supplements decorating the shelves of supermarkets and pharmacies in Europe.

I think we know the answer.  The reality is that the machinations of the EU that are working to allegedly protect consumers are having an effect that runs the risk of annihilating the key tools of nutritional practitioners.

In this ‘me-too’ environment, the real winners will be those that have the cheapest access to raw ingredients and given that pharmaceutical companies currently control the supply of over 70% of vitamin and mineral ingredients used in the EU, it is self-evident who stands to benefit.

After several years and a number of successful legal challenges in which it has been unequivocally demonstrated that recommended daily allowances (RDAs) can no longer be used as the scientific basis for regulating upper levels of supplements, European regulators conceded that an alternative system based on a ‘rigorous’ assessment of risks posed by high-dose supplements, would be used instead.  What has now emerged is that the European Commission wishes to implement a two-step procedure for determining harmonised maximum levels across the EU.

Step one is the now familiar risk assessment phase, which produces Upper Levels (UL) sometimes also referred to as Safe Upper Levels (SUL) or Tolerable Upper Levels (TUL). Since this step takes into account the most susceptible groups, it is very cautionary in nature.   Step two is the risk management step, which is the basis for the policy measure that imposes the limit on manufacturers.

It is not within the scope of this article to provide the full explanation of the multiple and additive flaws within each of these two stages, but it is important to understand that the sum total of both of these steps yields ‘maximum levels’ that are often within the very low end of typical dietary intakes in foods.

The Federal Institute for Risk Assessment in Germany, one of the most influential bodies in the area of risk assessment of foods in Europe, has issued proposed maximum levels for supplements based on precisely these methods.  The table below gives you an idea of some of the levels being proposed. These levels, incidentally, are already being implemented in Germany.

Table showing maximum levels of vitamins and minerals for food supplements as proposed by the Federal Institute for Risk Assessment (BfR), Germany (2005)

By example, these levels are so low that most people consuming even a junk meal would exceed the levels with respect to particular vitamins or minerals.  The 30mcg maximum for selenium equates to roughly the amount you might find in one-third of a brazil nut, while the vitamin A maximum amount from the pro-vitamin A form, beta-carotene, can be found in just one half of a large carrot!

If European regulators really believed these figures, wouldn’t they require that warning labels be placed on bags of brazil nuts and carrots?

It is clear that allowing such levels to creep into European law would do nothing less than neuter the nutritional medicine community.

Many of us are familiar with the challenges to nutritional medicine coming from European regulators, some of which we have considered above.  However, much less time and thought seems to have been given to providing solutions.

My talk at CAM Expo is going to provide enlightened practitioners with a road map for this sector.  Many practitioners currently have their heads in the sand: we have been told that many are suffering regulatory overload from the sustained push from the European Commission. Denial may be one strategy of dealing with this, but it’s not going to do much to protect the future of nutritional practitioners.

In this David and Goliath world of natural products industry vs pharmaceutical industry, and nutritional medicine practitioners vs the orthodox medical establishment, the real answers have to centre around the use of brain over brawn, good science over bad science and … as well as large doses (pun intended) of scientific rationale and common sense!

The ANH has been developing a series of adjustments that can be applied to the EU’s risk assessment and risk management models that could transform the outcome for EU-wide maximum levels.  It is also establishing a new paradigm for assessing the compatibility of a given medical or health practices with natural biological systems—the very systems that have gotten us this far over the last half million or so years.

I will explain during my presentation why now is the time for practitioners to rise to the challenge and become champions of modified risk assessment and sustainable approaches to healthcare.  Practitioners need to become politicised if they are to stand any chance of surviving the coming onslaught from Brussels.  Do or die is an often-used phrase, but it couldn’t be more applicable to the current situation in both the metaphorical and literal sense.

We urge you to attend this key presentation at CAM Expo.  This is not only about your future—it is about the role that you play in trying to secure the future of nutritional medicine for generations to come.