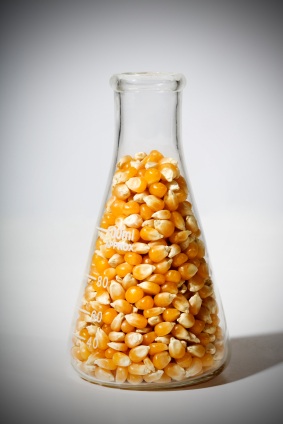 The UK Independent newspaper has obtained confidential documents showing how Gordon Brown and other European leaders are secretly preparing a massive EU wide campaign to spread GM crops and foods.

Gordon Brown and other European leaders are secretly preparing an unprecedented campaign to spread GM crops and foods in Britain and throughout the continent, confidential documents obtained by The Independent on Sunday reveal.

The documents – minutes of a series of private meetings of representatives of 27 governments – disclose plans to "speed up" the introduction of the modified crops and foods and to "deal with" public resistance to them.

And they show that the leaders want "agricultural representatives" and "industry" – presumably including giant biotech firms such as Monsanto – to be more vocal to counteract the "vested interests" of environmentalists.

News of the secret plans is bound to create a storm of protest at a time when popular concern about GM technology is increasing, even in countries that have so far accepted it.

Public opposition has prevented any modified crops from being grown in Britain. France, one of only three countries in Europe to have grown them in any amounts, has suspended their cultivation, and resistance to them is rising rapidly in the other two, Spain and Portugal.

The embattled biotech industry has been conducting a public relations campaign based round the highly contested assertion that genetic modification is needed to feed the world. It has had some success in the Government, where ministers have been increasingly speaking out in favour of the technology, and in the European Commission, with which its lobbyists have boasted of having "excellent working relations".


Whilst this latest move by our esteemed leaders is extremely disturbing, it isn't at all surprising given the level of corporate control exerted upon government that we are witnessing on a daily basis.

The only force that will be able to halt this runaway juggernaut is that of consumer protest.  It is so important that all of our democratic voices are heard as one if we wish to see democracy continue.  It is imperative that you let your MPs and MEPs know how you feel about this latest move to force feed us all GM crops and food products.

If we let them get away with this kind of behaviour it really is the beginning of the end and we need to send another very definite message.

If you live in Europe, click here to find your parliamentary representative — please let your democratic voice be heard for all our sakes, and those of future generations.