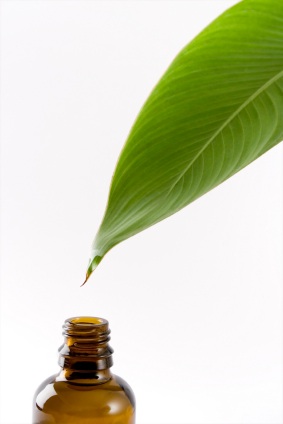 While the EU herbals directive is in its fourth year of transition, more and more companies are finding its requirements untenable. This could severely restrict a broad range of traditional herbal products to European consumers by April 2011. But the European Commission recognises that something must be done....even if it it doesn't yet know exactly what...&nbsp;

An important step forward in the ongoing campaign to protect the world’s traditional medicines took place in Brussels yesterday.

Dr Robert Verkerk of the ANH, along with Irish MEP Marian Harkin and representatives of the Irish Association of Health Stores, met with senior European Commission officials to discuss the implications of soon-to-impact legislation on natural medicines.  Currently, pharmaceutical criteria are being applied to the registration of herbal remedies from both western and non-western health traditions.

This approach is considered highly inappropriate by many consumers, practitioners and producers involved with natural products.

The Commission acknowleged that Directive 2004/24/EC fell short of its intended purpose and the meeting focused on discussing how future amendments could be made.

View the full release below.

Irish MEP Marian Harkin, together with a delegation from the Alliance for Natural Health (ANH) and the Irish Association of Health Stores (IAHS), met with senior European Commission officials yesterday to express concerns over the threat to a diverse range of traditional medicinal cultures posed by a key European directive.

The delegation claimed that the European Directive on herbal medicines (Directive 2004/24/EC), which is due to come fully into force in April 2011, will not adequately cater for many products associated with both western and non-western herbal and natural medicine traditions.

The delegation met with three key officials from the European Commission’s Directorate General for Enterprise and Industry, namely Mrs Georgette Lalis, Director of Consumer Goods, Martin Terberger, Head of Pharmaceuticals Unit and Per Thomas Thomassen, advisor on traditional herbal medicines. The European Commission officials made clear to the delegation that they had become aware that the Directive fell short of its intended purpose of providing an effective simplified registration system for traditional herbal medicines, particularly those originating from non-western cultures such as India and China. The meeting focused on ways in which amendments to the existing legislation could be made in due course. The Commission emphasised that such changes could not be made without broad support from both the European Parliament and the Council of Ministers.

Marian Harkin, representing in particular Irish consumers, whom she feels should be able to choose natural medicines with a safe history of use in place of conventional over-the-counter (OTC) pharmaceuticals, said, “A real on-going bug bear with this legislation is the 30-year rule, which requires companies to demonstrate evidence of at least 30 years continuous, safe use, of which at least 15 are within the EU. This provision unfortunately locks out large numbers of herbal remedies which have been used safely and with beneficial results in non-European traditions, such as Ayurveda from India, and Traditional Chinese Medicine. We had very constructive discussions with DG Enterprise and I am personally very glad to see that the European Commission is prepared to rethink its current approach, which is otherwise scheduled for full implementation in 2011.”

The delegation provided evidence of how specific Irish and UK companies were not able to meet particular technical provisions of the Directive, which were ‘borrowed’ from pharmaceutical criteria required for OTC medicines. “These criteria”, said Dr Robert Verkerk, executive and scientific director of the ANH, “were not adapted to the specific nuances of complex herbal and natural compounds. Pharmaceutical standards and stability requirements for multiple herb and other combination products common to traditions such as Ayurveda and Traditional Chinese Medicine, were akin to trying to put a square peg in a round hole.”

Jill Bell, chair of the IAHS, was enthusiastic about the meeting, adding, “We are very happy that at last the voice of SMEs has been heard at top European level. The IAHS welcomes the start of a positive dialogue with the European Commission in relation to the inherent problems associated with the herbals directive. We look forward to assisting DG Enterprise with the task of resolving these problems through our scientific advisors, the ANH”.

Dr Verkerk, of ANH, stressed, “We are under no illusion as to just how much work needs to be done to get full support of the Parliament and Council to make the necessary amendments to this directive. Substantial agreement on scientific approaches that ensure intended quality of natural medicines without imposing unnecessary burden will be essential.  The process will be helped greatly if there is an acceptance by the European institutions that evaluation systems will need to be based on those already in use by premium suppliers in countries like India and China. These systems are better adapted to the unique characteristics of natural medicines. It is simply not possible to use the methods presently used in Europe for conventional pharmaceutical OTC drugs. ”

Sebastian Pole of UK-based Pukka Herbs, a major supplier of Ayurvedic products to the UK and Irish markets whose predicament was conveyed to the European Commission yesterday in one of several case studies, said, "We are heartened by the progress that is being made. We have been very concerned that the full implementation of the herbals directive could force us to withdraw many products from the market by April 2011. This would affect our viability as a dynamic and growing small business. Our herbs are supplied by 500 farming cooperatives we have helped to establish in India and Sri Lanka, which grow herbs specifically for us using certified organic and sustainable techniques. We manufacture using full traceability and quality controls that far exceed food standards. It would be a travesty if European legislation destroyed these families’ livelihoods. We are pleased to hear that there is a possibility of significant amendment to the directive which could avoid or reduce these sorts of devastating impacts.”

Irish Member of the European Parliament for the North and West European Constituency of Ireland.

The Alliance for Natural Health (ANH) is an international, non-governmental organisation, based in the UK. It was founded in 2002, and works on behalf of consumers, medical doctors, complementary health practitioners and health-product suppliers worldwide, to protect and promote natural healthcare, using the principles of good science and good law.

The ANH’s overriding goal is to help develop appropriate legal and scientific frameworks for the development of sustainable approaches to healthcare, while also helping to promote natural health as a viable option in mainstream healthcare. Within this setting, consumers and health professionals should be able to make informed choices about a wide range of health options, and in particular those that relate to diet, lifestyle, traditional medicinal and non-drug-based or natural therapies, so that they may experience their benefits to the full while not exposing themselves to unnecessary risks.

The IAHS is a professional trade association, which represents over 80% of the health stores in the Republic of Ireland. Health food is the fastest growing sector of food retailing in Ireland, and representing over 100 member stores, the IAHS exists to ensure that health food retailing is ethical, responsible, truthful and professional.

Founded in 1986, the Association operates under a written constitution and member stores are required to adhere to a strict Code of Ethics

Pukka Herbs Ltd, is the the largest supplier of ayurvedic herbs in the United Kingdom. It supplies organic ayurvedic herbal remedies and teas, several of which have won awards.

The company was founded in 2001 by Sebastian Pole, an Ayurvedic practitioner, and Tim Westwell, formerly in business development for the IT industry. Their aim was to provide 100% organic Ayurvedic herbal remedies and teas, certified by the Soil Association, while helping to support sustainable communities in India and Sri Lanka.

The company has a fair trade policy and works directly with farming cooperatives in India and Sri Lanka that include over 500 families that grow, to organic standards, over 1,000,000 plants and trees per year.