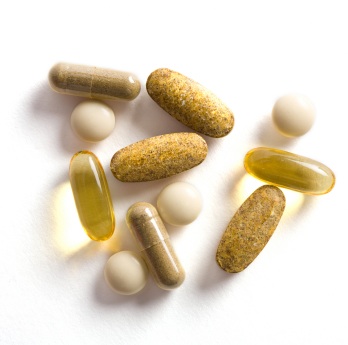 Dr Jennifer Lin and colleagues from Harvard Medical School published their trial on the effects of 3 vitamins on cancer prevention in the Journal of the National Cancer Institute on December 30, 2008. Find out why it was yet another study designed to fail.

"This study was destined from the outset to obtain a negative result. One would suspect this was intended, if there were a single author likely to understand the subject under study—nutrition. That there is none, and hence no real understanding—as is well explained in the critique below by Robert Verkerk—is reprehensible, but less so than the actions of the editor who must have published this in the knowledge that the data do not support the conclusions."

CLICK HERE for Drs Steve Hickey and Rob Verkerk's two-page article—Cookbook Science: A Half-Baked Approach to Natural Health—that explains why trials like the JNIC one, based on a flawed recipe, will be destined to fail every time.

For ANH's more in-depth critique, see below [Download the PDF]

A critique by the Robert Verkerk PhD, Alliance for Natural Health

"Of course 3 vitamin pills won't reduce the risk of cancer. Is this their best shot at natural cancer prevention? It's amazing that they continue to persist with this sort of trial considering the available evidence, both published and clinical" R. Verkerk PhD

TAKE-HOME POINTS FROM THE STUDY

1.   The study authors were incredibly unlikely to find any statistically significant effect when considering the study design and the nature of the intervention.

2.   The study involved supplementation with vitamin forms and types that neither came close to representing the antioxidant combinations used by most health-conscious supplement users, nor did it represent the types or amounts of the three vitamins tested (vitamins C and E and beta-carotene) that are known to be therapeutic.

3.   The study applied to such a small sector of the population, in the main overweight or obese and diseased older women, that it cannot be applied (as the media would have us believe) to the general population, healthy people, younger people or to men!

4.   The study was particularly weak in its ability to evaluate the effects of combinations of the three vitamins in the study.

5.   Compliance was far from good on the study, with only around half of the subjects actually taking the allocated dosages.

6.   The study tells us nothing new, and this finding could have been predicted prior to the start of the study from a cursory glance at the design.

“Yet another study designed to fail” is probably the best way of describing this study, like so many before it.

But this is all about statistical power where you have very obvious and major effects, such as a 30 or 40% reduction in cancer from taking the vitamin pills. Any researcher should surely know that taking just three vitamins, at levels well below those known to be therapeutic, is not likely to reveal major effects, especially when you’re dealing with an elderly, diseased population of women.

The statistical power in the study is actually very weak for the effects we should all be most interested in, and that’s the effect of the three vitamins in combination, rather than just single vitamins or combinations of two. So few people took all three, that the confidence limits for these few subjects were so wide that they would inevitably mask any underlying trend. This is actually recognized by the authors in their conclusion where they say: “We also had limited power to evaluate the combined effects of the three antioxidants on site-specific incident cancers.” The authors also state: “Another limitation of this study is that it may not be appropriate to apply our results, obtained from a population at high risk for CVD, to the general population.” Sadly, the US and global media that picked up this story (see examples of links below) conveniently forgot to check the smallprint in the research paper and have widely suggested that the findings apply to all of us—the general population.

WebMD:Supplements May Not Cut Cancer Risk

London Evening Standard:Vitamin pills 'do not cut risk of cancer'

Although the authors of the paper conclude that the study suggested: “no overall benefits or risks of vitamins C and E and beta carotene supplementation in the primary prevention of total cancer incidence or cancer mortality”, the public has been led to believe—through media misrepresentations—that vitamins and natural health supplements don’t protect against cancer. The title of the press release that has been picked up widely by the media, “Vitamins Fail to Prevent Cancer: Study”, says it all. Given all of the available facts, this is an absurd conclusion.

1.     The study, according to its authors, was justified on the basis that high rates of consumption of fruits and vegetables are associated with a reduction in cancer. However, the assumption that the consumption of just 3 vitamin supplements, namely synthetic vitamin C (500 mg taken daily), vitamin E (as 600IU alpha-tocopherol taken every 2 days) and synthetic beta-carotene (50 mg taken every other day) are substitutes for the very broad range of naturally-occurring nutrients found in a range of fruit and vegetables is flawed. Vitamins contain so much more than just these three vitamins, and even these vitamins are present in very different forms and associations in fresh fruits and vegetables.  For example, vitamin C tends to occur naturally together with a wide range of bioflavonoids that greatly facilitate its activity and effectiveness in the body; vitamin E in vegetables and vegetable oils occurs predominantly in the gamma-tocopherol, not alpha-tocopherol form, and it occurs in conjunction with a range of both tocopherol and tocotrienol isomers; while beta-carotene is found naturally in colourful fruits and vegetables, often in a complex of several hundred carotenoid compounds that are thought to act synergistically. Beyond this, and possibly even more importantly than the vitamins, a very diverse range of phytonutrients, with demonstated anti-cancer effects, within, for example, the polyphenol and glucosinolate groups, were completely omitted from the study, as were the host of other vitamins, minerals and enzymes that have been associated with anti-cancer effects.

2.        To be eligible, the subjects had to be women over 40 with existing cardiovascular disease (CVD) or with at least three of the following CVD risk factors: hypertension, high cholesterol level, diabetes, parental history of heart attacks, or obesity. In actual fact, 77% of women in the study, who averaged 60 years of age, were overweight or obese. People either with heart disease or who are obese or are at high risk of heart disease (or cancer) cannot be defined as healthy people. In fact, since heart disease and cancer risk factors are closely related, it is likely that cancer could have been latent or pre-clinical in many of the subjects in the study, therefore the study cannot be regarded properly as a cancer prevention study, which would typically be conducted on healthy subjects. Given that the study did not include men, its findings can only be applied to women, ignoring important associations such as the correlation between heart disease and prostate and other cancers (Neugut et al., Cancer Epidemiol Biomarkers Prev. 1998; 7(10): 869-73; Stamatiou et al., Int Urol Nephrol. 2007; 39(1): 197-201).

3.        Compliance i.e., subjects consuming the correct allocation of tablets and capsules, was defined by the authors as those consuming up to two-thirds, not 100%, of the allocation. But since compliance, according the author’s definition, was just 76% at 4 years and 68% at 8 years, true compliance was actually as low as 51% at 4 years and 46% at 8 years. In approximate terms, this means that only around half of the subjects took the designated number of tablets and capsules.

4.     The study does not report on the dietary patterns of the subjects either before or during the study period. The only attempt to survey baseline or study period dietary patterns was through an assessment of average baseline antioxidant intakes using a semi-quantitative food frequency questionnaire. But this evaluation considered only the three vitamins in the study and not the much wider range of nutrients and phytonutrients that are known to be antioxidants.  The subjects had knowingly consented to be part of the study, the patients knew they already had heart disease—the leading cause of death in the USA, or a high risk of it—and they were aware that the study was going to assess the effects of supplementation on their risk of dying from the second most important chronic disease, namely cancer.  Therefore, it seems likely that many of the subjects would have adapted their lifestyles to reduce their overall risk of death, as compared with an equivalent population that was not part of such a study.  Such a lifestyle transition would likely completely confound or obfuscate the effects of the supplementation intervention.

5.     Apart from breast cancer, the cancer incidences in the treatment and control groups were so low that the confidence intervals were extremely wide for many of the cancers. For example, although women taking just vitamin E were on average only about half as likely to die from ovarian cancer compared with the placebo group, the results were not significant statistically owing to significant variation between the mere 8 women affected. Bear in mind there were 7,627 women involved in the study overall.