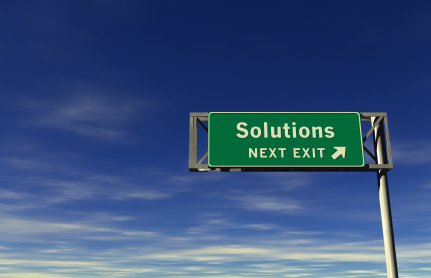 With the mounting evidence that diet and lifestyle changes are the best defence against our mounting chronic disease rates, Deepak Chopra and others tell you why.

The changes in the economy and the awakening of so many people in the West from a comfortable slumber built out of excess and materialism provides us—as Chopra and others so clearly identify below—with a once in a lifetime opportunity.  This is now the era for integrative medicine and natural healthcare.

We even see the Obama Team playing lipservice to this and the next few weeks, months and years will tell us if they, unlike any government before them, are able to transition the healthcare system into one that is truly sustainable and compatible with the human body.

The end of 'Alternative' medicine?

The times they are a changing and we have an enormous opportunity for great change and growth to come out of the difficulties that are being experienced for many.  It's long overdue for sceptres to be passed in the western medical field.  To see 'alternative' medicine lose it's marginalised title and position and for medicine and health to become truly Integrative Medicine.

Why don't you share your ideas on issues facing the new administration in the US. Click here.

The evidence is mounting that diet and lifestyle are the best cures for our worst afflictions.


In mid-February, the Institute of Medicine of the National Academy of Sciences and the Bravewell Collaborative are convening a "Summit on Integrative Medicine and the Health of the Public." This is a watershed in the evolution of integrative medicine, a holistic approach to health care that uses the best of conventional and alternative therapies such as meditation, yoga, acupuncture and herbal remedies. Many of these therapies are now scientifically documented to be not only medically effective but also cost effective.

President-elect Barack Obama and former Sen. Tom Daschle (the nominee for Secretary of Health and Human Services) understand that if we want to make affordable health care available to the 45 million Americans who do not have health insurance, then we need to address the fundamental causes of health and illness, and provide incentives for healthy ways of living rather than reimbursing only drugs and surgery.

Heart disease, diabetes, prostate cancer, breast cancer and obesity account for 75% of health-care costs, and yet these are largely preventable and even reversible by changing diet and lifestyle.

As Mr. Obama states in his health plan, unveiled during his campaign: "This nation is facing a true epidemic of chronic disease. An increasing number of Americans are suffering and dying needlessly from diseases such as obesity, diabetes, heart disease, asthma and HIV/AIDS, all of which can be delayed in onset if not prevented entirely."

Alternative medicine to the rescue

One of the hidden downturns in the current economic crisis is occurring in medicine. People have stopped going to the doctor in alarming numbers — some hospitals report a 40% cancellation rate in appointments among heart patients. Most of these are follow-up patients who need to be told how to manage their condition, usually after surgery. But faced with high co-payments, it's easier to stay home and remain untreated.

If only this country had a cheap, easily accessible system where wellness and long-term prevention could be attended to? We do have such a system. It's called alternative medicine.

For decades, mainstream medicine has looked on CAM — complementary and alternative medicine, as the government labels it — with barely disguised suspicion. CAM has managed to squeeze into medical school curriculums, just barely. At last count 64% of medical schools, including all the elite ones, offer courses outside mainstream disciplines. But only a fraction of a young doctor's education is devoted to alternative treatment, which should bother the American public, since this small fraction includes minimal hours spent learning about prevention and wellness.

To the chagrin of the AMA, millions of patients have already voted with their wallets, making alternative treatments mainstream. Despite the minuscule federal budget for CAM, more people seek alternative treatment than they do an HMO and other conventional routes. The very thing that mainstream medicine is weak at — making sure that we stay well before we get sick — hasn't been ignored by a swelling movement among people who desire more than a 15-minute visit with a distracted physician who winds up prescribing whatever drug has been recommended by his local pharmaceutical rep. (Oprah Winfrey, a privileged patient if ever there was one, was palmed off by four physicians with drugs for hypertension and irregular heartbeat, only to discover that she actually had a thyroid imbalance. How did she find this out? E-mails from her television viewers, who recognized her symptoms by looking at her.)