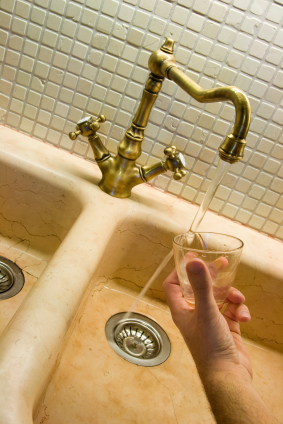 JOINT PRESS RELEASE BY THE ALLIANCE FOR NATURAL HEALTH, UK COUNCILS AGAINST FLUORIDATION AND THE VOICE OF IRISH CONCERN FOR THE ENVIRONMENT

See what the UK Councils Against Fluoridation have to say about the latest decision to fluoridate the drinking water of UK residents in Hampshire: see http://www.ukcaf.org

UK Councils Against Fluoridation (UKCAF) and the Alliance for Natural Health (ANH), supported by VOICE of Irish Concern for the Environment, have today roundly condemned yesterday’s decision of South Central Strategic Health Authority (SHA) to support the introduction of water fluoridation in Southampton and parts of the County of Hampshire.

Immediately following yesterday’s decision, members of the public present at the SHA meeting heckled the SHA representatives shouting: “See you in Court!!....it’s a disgrace!….disgraceful!....murderers!...call yourself a health service?!....Gordon Brown told us that the people could decide about fluoridation!!”

Prior to the decision, the South Central SHA had been presented with an abundance of compelling scientific evidence showing that the practice of water fluoridation not only does not prevent dental decay, but potentially actually contributes to a range of serious health problems, including an epidemic of an entirely avoidable disease, dental fluorosis. But at yesterday’s meeting, the unelected—and almost entirely non-resident—SHA Board Members apparently caved in to political pressure, and agreed to impose the UK Government's discredited and unlawful policy of dosing the drinking water with synthetically produced fluoride. This decision was made despite the fact that 72% of the population had already formally expressed their opposition to State-imposed mass medication of the water supply.

A crowd of some 100 people attended the SHA Board meeting as observers, of which around three-quarters were vehemently opposed to fluoridation. The Chair of the SHA meeting, Mr Geoffrey Harris, refused questions from the observers, but this did not stop regular heckling from those opposed to fluoridation. Heckling and criticism from the public ensued throughout the meeting, particularly during the presentation of the case for fluoridation by Dr Andrew Mortimer, Public Health Director, and that of the ‘scientific evidence’ by Professor John Newton, Regional Director of Public Health. The latter attracted increasing hostility as the meeting progressed. In the public consultation in November 2008, Professor Newton had had already displayed astonishing ignorance of the issues. Today, when asked by fellow board member Chris LeFevre about the definition of a medicine in relation to fluoride, and whether tooth decay was considered a disease, Professor Newton argued that fluoride was a “preventative measure not a curative measure”. He went on to say, to the amazement of many members of the public present, that “we consider water fluoridation to be a public health measure intended to prevent oral illness. It is not therefore a medication”. He later described dental caries as a “preventable disease”.

Dr Robert Verkerk of the ANH, an expert in food science and law, responded later saying, “Professor Newton’s interpretation of European medicinal law, which applies fully in the UK, is just plain wrong. In the EU, a medicinal product is defined, amongst other things, as any substance that is presented as having properties for treating or preventing disease in human beings. If the claimed purpose of fluoride is to prevent dental caries, that means that fluorosilicic acid is added for medicinal purposes. It also means its addition to the water supply is illegal, as no fluoride products are licenced as medicines and they have never been evaluated as such.”

Professor Newton also misrepresented the extent of dental fluorosis in Ireland which he claimed affected only 4% of children when in fact official Irish government evidence from 2002 states that 37% of 15-year-olds are affected. He admitted that bottle-fed babies were at risk from fluoridation gave the hopelessly confusing advice to about-to-be fluoridated Hampshire parents that “Avoidance of bottle-feeding is important”.

Director of UKCAF, Doug Cross stated, “When the elected politicians responsible for enforcing laws designed to protect the public from fake medicines do not have even the most basic understanding of the implications of their actions, it is time for the people to bring their slavish political correctness to a halt.”

Dr Verkerk added, “The addition of fluoride to the diet of people in Hampshire is most unwise given the evidence already available to the UK government of greatly variable exposure and over-exposure to fluoride. To compound this by proposing to use a form of fluoride that has never been subjected to proper scientific risk assessment is simply indefensible; this decision must be reversed as quickly as possible in the public health interest.”

The legal ramifications will now take centre stage as opposition to fluoridation among the public and elements of the scientific community grows. Campaign groups will link up increasingly to bring their concerted scientific, medical and legal expertise to bear on Government.

The groups argue that the government decision to distribute fluorosilic acid to increasing numbers of people in the UK violate the very laws designed to protect us from charlatans and fake medicines.

Campaign groups argue that they may have no alternative but to go to Court. On the basis of the available evidence, no other European Member States other than Ireland and the UK have seen fit to mass medicate their water supplies with fluoride. The groups argue that their case may have to go to the European courts that will be more likely to consider the absence of adequate risk assessment science, the breach of medicinal law and the human rights implications of the UK government’s decision.

The three organisations responsible for this release will be at the forefront of this challenge, and invite all concerned citizens to support them in abolishing the practice of mass fluoridation of the drinking water supply that has already caused permanent damage to many children, threatens so many more, and contributes to significant risks in adults exposed to elevated levels of fluoride over their lifetime.

The use of this form of mass medication violates the most fundamental principle of medicine – do no harm. Fluoride is a cumulative poison that causes a range of diseases, ranging from dental fluorosis (white-flecked, stained or pitted teeth), under-active thyroid, and at least one form of bone cancer. Its supposed beneficial effects on teeth are at best controversial, being confined to surface application when brushing with fluoride toothpastes. There is no adequate scientific evidence to show that swallowing fluoride has any beneficial effect on teeth, and in fact an excess swallowed during childhood damages teeth that would otherwise have been perfectly sound and attractive.

In the UK, one in five adults is exposed to fluoride from all sources that exceeds the accepted safe limit – in effect, they are at risk from chronic fluoride poisoning. In the few areas of England that are fluoridated, chiefly the West Midlands, the North East and Cumbria, almost two thirds of adults are affected. In Ireland, which has been fluoridated for forty-five years, almost three quarters of all adults in fluoridated towns of County Donegal consume more than the safe amount of fluoride.

Fluoridating water is responsible for the most startling increase in the number of children whose teeth are damaged – sometimes terribly – by excess fluoride in their diet. In fluoridated Ireland, the number of children who developed fluorosis in the twenty years up to 2002 increased seven-fold to disfigure the teeth of every third teenager there.

In the UK, all data on fluorosis damage to children's teeth is suppressed – there are no data on how many people in the Midlands have it, despite official Irish government recognition of it being the cause of the Irish epidemic.

At the heart of the Government's policy is the political need to do something – anything – about what is claimed by the fluoridation advocates claim to be the ‘deplorable state’ of British kids' teeth. People in Southampton were assured that their kids had the UK’s worst teeth, and only fluoridation would improve them. But in fact well-concealed official statistics show that their teeth are as good as those of kids in long-fluoridated West Midlands – someone was telling lies, just to get this dangerous policy kick-started in the UK.

So in the current drive to get this highly dubious policy going in Hampshire it comes as a shock to learn from the Chief Dental Officer that 'We have the best teeth in Europe!'. Well, indeed our kids do have excellent teeth – far better than in the sixties and seventies. But then, so also do kids in almost every other country in Europe, without those countries contaminating their water with unneccessary and unsafe fluoride.

Websites for the three campaign groups