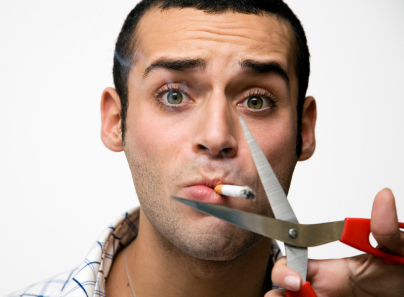 We look closer at the latest study to suggest a link between beta-carotene and lung cancer risk for smokers...

You may remember that beta-carotene supplements copped a rap in two large trials undertaken in the 1990s: the ATBC [1] and CARET [2] trials. On February 27, Jessie Satia and colleagues from the Departments of Nutrition and Epidemiology at the University of North Carolina created more headline news following publication of their paper, "Long-term Use of {beta}-Carotene, Retinol, Lycopene, and Lutein Supplements and Lung Cancer Risk: Results From the VITamins And Lifestyle (VITAL) Study." [3]

Not surprisingly, the media picked this up and generated more negative headlines. Some are below:

Here is what ANH Medical Director, Dr Damien Downing, said about the trial:

In the words of Professor David Colquhoun (pharmacologist and vociferous British critic of  homeopathy) "I can't believe I'm still having to do this". What this paper really shows, once again, is that smoking causes lung cancer  After that it just gets silly; I had to keep referring back to the abstract to remember what it was they linked to cancer.

Smoking increased the risk of cancer greatly; x10 for ever smoking, x20 for still smoking at the time of the study (that’s 2,000 per cent). Taking beta-carotene increased the risk by just 18 per cent, from one in 148 to one in 125; that’s the best you can say about the study. And these correlations are based on very small numbers; lutein and total lung cancer on 20 cases (the number in the “active” group, who took lutein for longest and developed cancer), and beta-carotene and small cell cancer on 10 cases. That’s out of 521 cases of cancer, in a total population of 76,605.

Some reports on this study have said that the effect of carotene etc was only on smokers, but this is not so; the abstract says; “There was little evidence for effect

modi?cation by gender or smoking status.” So does this report fit with the CARET and ATBC studies, which originally raised the possibility that beta-carotene (the synthetic form) might be bad for smokers? Not really; they used much higher doses — 20mg/day in ATBC, 30mg in CARET, against 4.5mg average in this study — and found a correlation only in smokers. It doesn’t all hang together.

It was "longer duration of use of individual beta-carotene, retinol and lutein supplements" that correlated significantly. Not lycopene, mind, not average dose over the 10 years of the study; and for each nutrient they took 4 bites at the cherry — total lung cancer, small cell cancer, non-small cell and other cancers.  In all they ran 56 comparisons (that’s how many they declared, there could be others) and found a correlation in 3 of them. The more correlations you run the more likely that some will come out positive. 3 out of 56 isn’t good; it certainly isn’t corroboration — getting the same result from different ways of analysing would mean it all fits together, and it doesn’t.

Mind you, several other correlations were non-significantly positive; allow, then, that there may be a small effect. Why might this be? To begin with, because the study was done in the Seattle area, and so everyone in it was deficient in vitamin D. William Grant has shown repeatedly that lack of sunlight due to location in the USA strongly predisposes to cancer; Seattle is so far north that vitamin D from sunlight just doesn’t happen. Vitamins D and A are designed to work together, in fact they are both required for the normal effect on the cell nucleus, triggering genes on and off; take one out and it can’t work right. All the alleged adverse effects of vitamin A, carotene etc, including that of increasing osteoporosis, are probably due to lack of vitamin D.

So if you’re a smoker, should you avoid beta-carotene supplements and the like? No; first you should stop smoking, and second you should take vitamin D — as should we all, really.

2. Alpha-Tocopherol, Beta Carotene Cancer Prevention Study Group. The effect of vitamin E and beta-carotene on the incidence of lung cancer and other cancers in male smokers. New England Journal of Medicine 1994; 330: 1029-1035.