Home News Whose quack is louder? 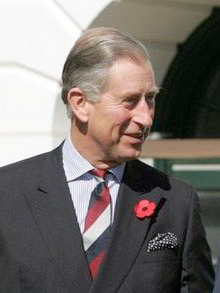 Whose quack is louder?

I am moved to put pen to paper, or more correctly, finger to keyboard, in response to recent attacks against the heir to the British throne, HRH The Prince of Wales. The attacks, which have been ongoing for several years, have been instigated by a member of a small group of UK-based sceptical scientists who are seemingly opposed to anything that comes out of the ‘natural medicine’ cabinet.

On 11th March, Professor Ernst, professor of complementary medicine at Exeter University and—ironically—one of the biggest and most influential detractors against complementary and alternative medicine (CAM)—initiated his most recent public assault on Prince Charles. The assault was prompted by the recent release of several tinctures produced by Duchy Originals. a company with which Prince Charles is closely associated. The products included one containing extracts of globe artichoke and dandelion which Professor Ernst claimed was based on quackery.  Read the Guardian story of that day.

On 21st March the Daily Telegraph reported that Duchy Originals was forced to change claims it made about its products which were viewed as misleading.

While the Prince has been accused of quackery, and Professor Ernst has been given fodder to defame the company Duchy Originals, with which the Prince is associated, calling it “Dodgy Originals”, the public is left misinformed. In actual fact, the original claims made by Duchy Originals for their three products Echina-Relief Tincture, Hyperi-Lift Tincture and Detox Tincture were all based on a combination of published science and long histories of traditional use. 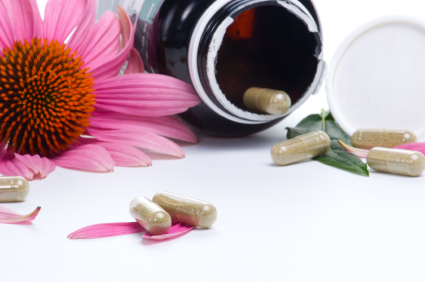 Here’s a summary of what Professor Ernst and the UK regulator, the Medicines and Healthcare products Regulatory Agency (MHRA) said about the three products: 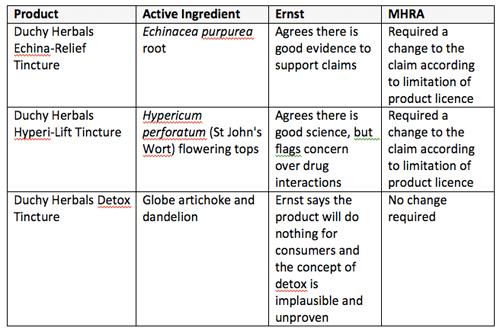 Well, it seems the Professor—famous for his ongoing attacks on complementary medicine, most recently crystallised in a book co-authored with Simon Singh, Trick or Treatment? Alternative Medicine on Trial—appears to feel that there is reasonable or good scientific evidence to support two out of three of the products. On the one he doesn’t like, Duchy Herbals Detox Tincture, he is simply wrong. There is a huge amount of data to show the manner by which natural products can help to support particular detoxification pathways in the body, and we have expanded on some of these in our critique of the Sense About Science attack on detox.

While we respect Professor Ernst's caution over possible adverse drug reactions, where he points out there is an increased possibility of adverse effects where St John's Wort is used in conjunction with prescription SSRI antidepressant drugs, this is hardly reason to prevent those who wish to use St John's Wort in place of SSRIs from using the safer herb.  As we make clear in our own feature on St John's Wort, the herb is ideally suited to milder cases of depression where any health care professional would not be recommending its use in conjunction with SSRIs. 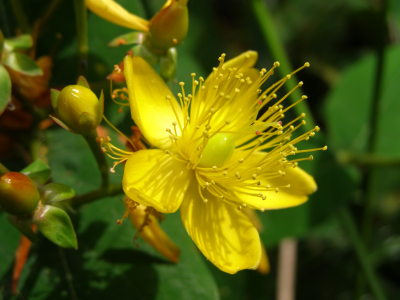 Readers might also want to read our exposee of Prof Ernst and the inadequacies of the scientific methods he relies on when they are used more or less exclusively.  It beggars belief that the only kind of science that Professor Ernst is willing to acknowledge is that derived from randomised controlled trials.

In doing this, he even misses the point of his apparently favoured doctrine, evidence-based medicine, which is meant to be as much about clinical experience as it is about published science, including randomised controlled trials. Read an editorial by Dr David Sackett, one of the key originators of the concept, in the British Medical Journal which shows as early as 1996 how evidence-based medicine was already being derailed. The train has of course left the tracks completely now, aided ably—at least in the area of natural health—by Professor Ernst and his associates.

From Ernst’s point of view, his disregard for clinical experience and historical knowledge and experience with natural products, along with his slavish worship of his narrow brand of evidence-based medicine, means he can quietly ignore the fact that globe artichoke is one of the of the longest standing traditional herbal products, having been used at least since Egyptian times for a wide range of digestive complaints. Professor Ernst will care very little about how the funding of clinical trials works in relation to the accumulation of knowledge. Does he honestly believe there is no distortion by vested interests and that research effort is applied evenly to all facets of science? The fact that major funding bodies and pharmaceutical companies have seen little value in subjecting globe artichokes to clinical studies, means that we were only able to find 67 studies relevant to the plant's natural health properties. This sort of published research is clearly quite off Professor Ernst’s radar.

As far as the MHRA’s complaints are concerned, the MHRA is not even commenting on the way in which the claims relate to known science. Instead, the regulator has forced Duchy Originals to limit its statements according to the legal frameworks within which their products exist. These frameworks are largely the result of cosy negotiations between the European Commission, the medicines regulators in EU Member States and the large trade associations which are dominated by pharmaceutical interests. It’s no wonder the Prince is forced to bite his tongue, even if what he is trying to say is perfectly valid.

So while the newspaper articles have slighted Prince Charles and Duchy Originals, saying their products are examples of quackery and implying that the UK medicines regulator, the MHRA, has forced them to alter their claims because of this, the two events are actually unrelated. There is no evidence of quackery and the regulator is purely exercising some of its muscle in its ongoing quest to limit availability as well as health or medicinal claims about natural products.

I would like to make a simple point here. The scientific method attempts to find evidence to improve knowledge and understanding. Belief systems exist, and these are independent of generally accepted knowledge because the knowledge is not universally agreed. This is why some people believe in flying saucers and others don’t, and why some believe in God and others don’t. Some are convinced that they have knowledge and understanding of a particular subject or issue which reinforces their belief system, whilst others who have a different knowledge base will reject the belief as they find no evidence to support it.

Now, if science is also about turning the unknown into the known, we have to accept that scientists are always operating in the dark when they work on the fringes of our knowledge base. This is the realm of theory.

And of course, where Ernst and Singh (authors of Trick or Treatment?) are so catastrophically wrong is that they believe that science can elucidate truth. Whose truth I wonder? They even title each chapter “The Truth About [relevant modality]”. In an act of deep cynicism, the authors went as far as dedicating their book to the Prince of Wales.

Like all sceptics, they seem to be so fearful of travelling any significant distance into the netherworld of the unknown. They are not prepared to believe anything they don’t understand. That’s why they are so unmercifully critical of homeopathy; they cannot understand how something can have an effect—an effect they have even read about or observed in clinical trials—if not a single molecule of the original substance exists in the water.

There are people on the planet today who of course have a much deeper understanding of the properties of water than Ernst, but the sceptics are not interested in this. They don’t understand it so they’ve gone out to destroy the work of Jacques Beneviste and other scientists who have made similar findings.

Their fear of the unknown means they will never be great scientists, as they will never try and understand that which they don’t believe or don’t understand. These modern day sceptics are analogous to the flat-earthers of yesteryear—and Prince Charles should feel privileged to have been outspoken enough to find himself in the cross-hairs of their soon-to-become redundant rifles.