Home News Plasticiser BPA a step closer to US ban 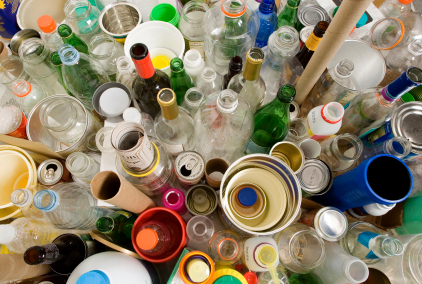 Plasticiser BPA a step closer to US ban

Courtesy of scientific concerns and consumer pressure&mdash;what about Europe?

Legislation has been announced by leaders from the US House of Representatives and the Senate to establish a federal ban on bisphenol A (BPA) in all food and beverage containers.  The move follows an announcement by the gas and chemical company, Sunoco, that it could not be certain of the compound’s safety.  They are now refusing to sell BPA for use in food and drink containers of children below the age of three.

Scientists and environmentalists are said to have praised the move, since it acknowledges the danger of BPA, though some believe that more needs to be learned about how humans are exposed to the chemical.

Tip of the Iceberg

Professor Pat Hunt, from Washington State University, whose work "led to the discovery of the effects of BPA on animals more than 10 years ago" stated that "it may represent just the tip of a much larger iceberg… recent work suggests that contaminated food and beverages alone aren’t sufficient to account for the levels reported in human blood.  Thus, it’s clear that we need to know a lot more about how we are exposed to this chemical".

Even now, with US retailers, manufacturers, scientists and lawmakers all getting the message about BPA, "the American Chemistry Council (ACC), the trade group that represents chemical makers continues to maintain that the chemical is safe’. Their director of public affairs, Kathryn Murray St. John, has said that the ACC did not believe the bill ‘can be justified on current science".

The director of a government watchdog group that has been pushing for the ban, has said that "reports in the Journal Sentinel about industry efforts to downplay the chemical’s dangers opened lawmakers eyes to the conflicts of interest at play in trying to keep BPA from regulation".

The Journal Sentinel has reviewed 258 scientific studies of BPA and has found that most of them show that "the chemical is harmful – causing breast cancer, testicular cancer, diabetes, hyperactivity, obesity, low sperm counts, miscarriage and a host of other reproductive failures in laboratory animals".

Last summer, the FDA ruled that BPA was safe to use. The Journal Sentinel reported that "entire sections of the FDA opinion were written by chemical makers and those with a financial stake in BPA".

A leading scientist on BPA from the University of Missouri, Fred vom Saal, has said "I think the public should be grateful that people in Congress are paying attention… It suggests that serious reform of the FDA is called for.  Clearly, they are ignoring the science".

Read the first part of this story in our Autumn 2008 news item, about the FDA being forced to do a u-turn on BPA after its scientific advisory board said that its decision had relied too heavily on studies funded by the chemical industry.

We are pleased that the dangers of BPA are finally being acknowledged and acted upon in the US.  Yet, once again, we see the hand of powerful vested interests trying to derail and delay the process, whilst denying the science.  An unfortunately common theme today where corporate interests are placed above the safety of consumers.

Another all too familiar aspect of this story is that, once again we have seen the regulatory authorities being lobbied, bought or swayed by big business and greedy corporations.  Ironic when the draconian legislative measures the natural health movement see on a daily basis are all supposedly done under the guise of 'consumer protection'.

Meanwhile, the dangers of BPA are still very much an issue for many parts of the world.  In Europe, despite the scientific evidence, the European Food Safety Authority (EFSA) still adamantly refuse to admit that there are any safety issues with BPA!  However,  they may soon be compelled to follow the example of the US.

It's no wonder that the US are so keen to see Europe drop its bans on the cultivation of GM crops too. As we've seen in the case of BPA in the US, it seems when the pressure from the science and the people becomes too great, good sense can prevail.