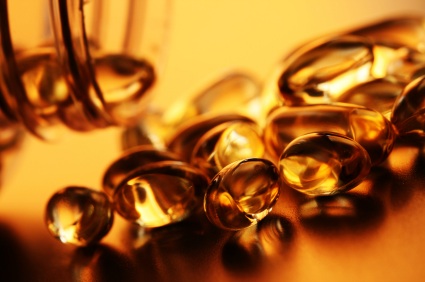 A new Japanese study suggests that tocotrienols (part of the vitamin E ‘family’ of nutrients) exert their anti-cancer benefits through their accumulation in cancer cells.

The researchers concluded that "These results, to our knowledge, are the first demonstration of specific accumulation of γ-T3 and δ-T3 in tumors and suggest that T3 accumulation is critical for the antitumor activities of T3".

The reference, abstract and article outline of the paper is given below:

There are eight natural compounds in the vitamin E family—four tocopherols, as alpha, beta, gamma and delta and four tocotrienols, also as alpha, beta, gamma and delta.  Whilst alpha tocopherol has become the main form of vitamin E used in food/dietary supplements, more recent research has shown that in fact the other tocopherols and the tocotrienols have very important and unique antioxidant activity.  Tocotrienols may not have been studied as extensively as their tocopherol cousins, however their molecular structure suggest that they have a more potent antioxidant and anti-cancer effect and studies have backed this up.  Tocotrienols have been shown to retard the growth and/or proliferation of some types of human breast, prostate, melanoma and leukaemia cancer cells.  There is evidence that full spectrum tocotrienols can be useful for recovery from stroke and in Alzheimer's disease.

The other forms of vitamin E also exert additional biological effects that positively affect health, such as increasing super oxide dismutase and nitric oxide activity, with gamma tocotrienol in particular being responsible for decreasing a key enzyme in cholesterol synthesis, which in turn supports healthy cardiovascular function.

Tocotrienols are found naturally in hazelnuts, rice bran, barley, oats and rye and are consumed daily as part of the diet, but crude palm oil contains the highest level and is often a source of natural tocotrienols in supplements.  As with everything in nature, synergy is key and using a complex of vitamin E compounds is not surprisingly the most effective way to supplement your natural intake.

For more information on the wonders of vitamin E, read The Vitamin E Factor by Andreas Papas PhD.

Ironically the European Food Safety Authority (EFSA) opinion on tocotrienols as "sources for vitamin E added as a nutritional substance in food supplements[1] - Scientific Opinion of the Panel on Food Additives, Flavourings, Processing aids and Materials in Contact with food (AFC)"…. states that "the available safety data are insufficient to conclude on the safety of the proposed use and use levels of the tocotrienols (the preparation containing mainly tocotrienols)". Tocotrienols do not therefore appear on the Food Supplements Directive positive list.

However, thankfully, the ANH legal challenge of 2005 has ensured that tocotrienols, along with other natural forms of vitamins and minerals (those normally found in or consumed as part of the diet) remain outside the scope of the directive.

So, yet another study shows that nature has already provided us with a host of answers for dealing with our health problems. Meanwhile, we continue to watch the regulators marching onward with their determined agenda of limiting our access to nature and all things natural, in favour of the produce of the largest corporations and increasingly the biotech industries—and all under the nanny-banner of ‘consumer protection’!