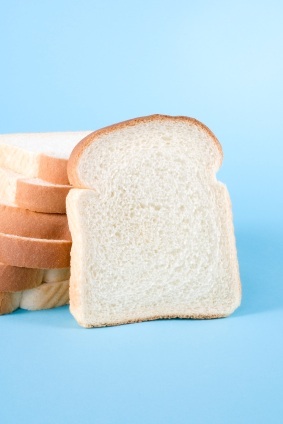 Findings of a new Chilean study published in the European Journal of Gastroenterology and Hepatology, led by Dr Sandra Hirsch, have provided further temporal evidence that a synthetic folic acid fortification is associated in time with an additional risk of colon cancer.

There is already evidence of this time-based association from the USA and Canada and to some extent the evidence goes against a significant group of around 30 research papers that show precisely the reverse relationship; that folic acid may reduce the risk of colorectal cancer by between 40 and 60%.

The highest rate ratio between the two periods was for colon cancer in the group aged 45-64 years (162% risk increase) and in the 65-79 years (190% risk increase). However, there could be a host of other explanation for the increase in colon cancer risk between these two periods, including obesity and dietary changes. It is particularly interesting that in the second period there would have been a significant content of genetically modified (GM) food in the diet, whereas there would be none in the first.  Mass cultivation of GM crops in both North and South America commenced from 1996.

One of the journal’s editors, Dr Reinhold Stockbrugger, commented: "this study provides only a weak, indirect indication of a causal relationship between folate enrichment and colorectal cancer, though similar to that reported in the U.S. and Canada."

The reference and abstract for the paper is given below:

What are folates?: food-form folates

The word folate comes from the Latin word folium which means leaf. Leafy green vegetables such as romaine lettuce, kale and spinach leaves are particularly rich sources of this B vitamin family of nutrients, often known as vitamin B9. Over 90% of these food-form folates are typically evenly divided between methyl and formyl polyglutamate forms. (The amount of monoglutamate folic acid—the sort found in the majority of vitamin supplements—is actually trivial).

The benefits of folates in the diet come from their role both in cell division (prevention of birth defects), and in a metabolic process known as methylation, which reduces homocysteine in the body. The association between high homocysteine levels and poor cardiovascular health, diabetes, depression, osteoporosis, dementia, cancer and other diseases is being increasingly acknowledged. As with all nutrients, folates work synergystically with other vitamins and with mineral cofactors.

Synthetic folic acid, in its oxidized, monoglutamate form, is the ‘pharmaceutical’ folate form used in the vast majority of multivitamin and multi vitamin/mineral products. It is currently recommended both for pregnant women, and for women planning pregnancy, specifically to prevent the birth defect, spina bifida. Most UK GPs recommend supplement levels of 400 micrograms for women of childbearing age, with higher levels for women at particular risk of giving birth to an infant with the condition.

Additionally, some people (up to 10% of the population) lack the enzyme required to convert folic acid to the circulating polyglutamate form (5-methyl tetrahydrofolate or 5-MTHF) and so will not benefit from folic acid supplementation. These people require either supplements containing 5-MTHF or sufficient natural folate from their food.

When folic acid supplements are used in isolation, vitamins B1, B2, and B3 may not be present in adequate amounts to enable metabolic recycling of the folate in the body. Excessive amounts of folic acid, can prevent diagnosis of vitamin B12 deficiency (pernicious anaemia), by masking blood-related symptoms.

s mandatory fortification of foods with folic acid really necessary? Is this not another form of mass medication?


Mandatory flour fortification with synthetic folic acid was established in Chile by 2001, but has been mandatory in the US and Canada since 1998, where it is commonly found in many cereal and grain products. Several other countries have implemented similar policies in recent years.

A March 2008 article in the Harvard Women’s Health Watch states that the drive for folic acid fortification of cereal and grain products has occurred due to "abundant evidence that women who take folic acid supplements during the periconceptual period (just before conception and throughout the first trimester) can prevent neural tube defects such as spina bifida in their babies".

The data are certainly impressive, but obviously they relate to just one aspect of benefit linked to folates, namely reduction of neural tube defects. The article tells us "in countries that require folic acid fortification, including the United States and Canada, the rate of neural tube defects has fallen by 25% to 50%. Other factors have probably contributed to this effect, such as increased use of prenatal multivitamins, ultrasound screening, and public health programs, but fortification has clearly played an important role".

But is mandatory folic acid fortification appropriate for those more at risk of colorectal cancer, such as those over the age of 50?

Researchers at Tufts University studied trends in colorectal cancer from 1986 to 2002 in the US and Canada, and published their findings in the July 2007 issue of Cancer Epidemiology Biomarkers and Prevention. The Harvard Women’s Health Watch article tells us that these showed "a 15-year decline that was suddenly reversed in the early fortification years, when average blood levels of folate doubled. As a result, an extra four to six cases of colorectal cancer per 100,000 people per year — a total of 16,500 extra cases — were estimated to have occurred".

A 2005 review of 16 studies published in the International Journal of Cancer had found that the "association between folate consumption and colorectal cancer risk was stronger for dietary folate (folate from foods alone….) than for total folate (folate from foods and supplements….)". The authors said "these results offer some support for the hypothesis that folate has a small protective effect against colorectal cancer but confounding by other dietary factors cannot be ruled out".


(The authors may call it possible confounding, but surely "other dietary factors" is the essence of nutrients working synergistically!)

A 2009 review published in the British Journal of Cancer by Hubner and Houlston from the Royal Marsden Hospital in London looked at the evidence concerning the efficacy and safety of folate as a potential chemopreventive agent for colorectal cancer. The authors explain that there are likely to be two opposing roles of folate in colorectal cancer. Higher doses of folate, particularly the food forms, are thought to provide a consistent reduction in risk, especially where precancerous lesions in the gut have yet to be present. However, particularly if neoplastic lesions in the gut have already formed, high doses of folate, particularly the synthetic form, may increase the risk of cancer.

The authors state, supported by other evidence, that high doses of the synthetic form may overrun the conversion pathway to the circulating form (5-MTHF), causing unmetabolised folic acid to run into the bloodstream. This oxidized form may then be responsible for increased risk of colorectal cancer among those with precancerous lesions.

Accordingly, researchers believe that the appearance of unmetabolised folic acid in the circulation may be the crux of the synthetic folic acid problems, and believe that it has safety implications for sub-groups of the population

A 2007 article by Mason et al, published in Cancer Epidemiology, Biomarkers and Prevention, cautions about this, and they refer to the observations of Troen et al, in a 2006 study in the Journal of Nutrition, commenting that "increasing concentrations of plasma folic acid among the elder women who took folic acid supplements were inversely associated with decreases in the cytotoxicity of circulating natural killer cells. Natural killer cells are a population of lymphocytes thought to play a role in the destruction of arising clones of neoplastic cells. Thus, the coenzymatic form of folate used for fortification is perhaps relevant in determining whether a detrimental effect is produced from excessive intake".

They stress the importance of a thorough understanding of this pharmaceutical form of folate, "if fortification programs to avoid neural tube defects or supplemental use of folate to prevent cancer are to be carried out in a safe manner".

Hubner and Houlston conclude "recent evidence suggests that an individual who chooses to increase their folate intake with folic acid supplements may experience either beneficial or detrimental effects in terms of CRC risk depending on the existence of early neoplastic lesions in their colorectal epithelium. This relationship may be further influenced by their genotype, and their prior level of dietary folate intake", and they recommend further studies.

So it certainly looks to us as if mandatory folic acid fortification may not be appropriate for everyone! Whether appropriate or not, it seems all wrong that people are being denied choice in this! Fortification with the food form (5-MTHF) would make more sense, but this might be considered too expensive. Also, Merck owns the patent to the calcium salt of 5-MTHF which is now allowed as an approved vitamin ingredient in the EU. It is also approved in the USA and elsewhere.

Will this mean re-evaluation of mandatory folic acid fortification?

Well we would hope that complications of mass medication with isolated, synthetic vitamins or minerals would encourage governments to think again about mandatory folic acid fortification, and allow citizens more choice in terms of what they put in their bodies! However, there seems little likelihood for a reversal of policy on this issue in the USA: an analysis by Bentley et al on the cost effectiveness of the folic acid fortification policy in the US, and published in Public Health Nutrition 2009, concludes that "the health and economic gains of folic acid fortification far outweigh the losses for the US population, and that increasing the level of fortification deserves further consideration to maximise net gains".

To read our earlier news item about folates, and to find out about Pharma control of folate supplements, click here

To find out more about our Health Choice campaign, click here