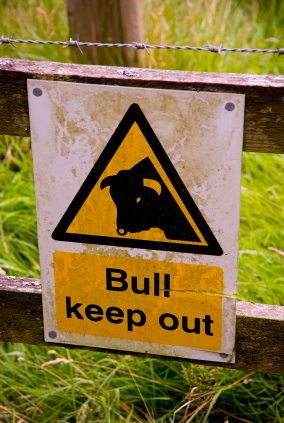 Is this yet another knee-jerk reaction by European regulators?

Is this yet another knee-jerk reaction by European regulators?

The controversy blew up on Friday after the food safety agency in North Rhine-Westphalia (LIGA) state found 0.4 micrograms per litre in the drink.

While Germany's Federal Institute for Risk Assessment (BfR) and the Federal Ministry of Food, Agriculture and Consumer Protection both said the level did not pose a threat to public safety, it was thought more states may join the ban.

Austria-based Red Bull issued a statement yesterday that said the problem had arisen out of its ‘use of a decocainised coca leaf extract in the product.’

'Decocainised coca leaf extracts are used as flavouring in foodstuffs around the world and are considered to be safe (e.g. FDA GRAS status, Council of Europe). Red Bull Cola and other foodstuff containing such extracts may therefore be sold legally'."

Click here to read the story in full, as reported by Nutraingredients.

The BBC coverage of this story quotes the response of Fritz Soergel (the head of the Institute for Biomedical and Pharmaceutical Research in Nuremberg, Germany), to Time magazine.

"There is no scientific basis for this ban on Red Bull Cola because the levels of cocaine found are so small… and it's not even cocaine itself. According to the tests we carried out, it's a non-active degradation product with no effect on the body. If you start examining lots of other drinks and food so carefully, you'd find a lot of surprising things."

The ban on Red Bull appears to be a knee-jerk reaction which has absolutely nothing to do with the actual risks to human health. It is very clear that a miniscule amount  (around 130 nanograms) of the non-active degradation product of cocaine per can, derived from Red Bull’s use of a cola leaf extract which has specifically been decocainised,  does not represent any risk to human health. To us, this sounds much more like a storm in a tea cup—or rather a cola can!

South American Indians have used coca leaves as a remedy for thousands of years, using the leaves both to chew, and for brewing tea.  Although cocaine alkaloids (0.2% - 2.5% of the leaf composition) are used to manufacture the illegal drug cocaine HCl, a great many cocaine-containing whole coca leaves would need to be consumed very quickly to experience the toxic or euphoric effects associated with the drug. Actual coca leaves are also considered non-addictive, although they do have stimulant properties.  It is believed, as with other edible herbs, that it is safer to consume the whole herb, with all the other constituents acting together, than to consume an isolated extract from the herb.

So, put in this context, the presence of a decocainised non-active degradation (hydrolysed) product (such as that reported to have been found in the Red Bull cola) e.g. ecgonine, looks very innocuous indeed.

The use of ever more sensitive analytical equipment to detect chemicals in food and drink is inevitably going to lead to the detection of compounds that have the potential to be harmful. However, one of the central principles of toxicology—first postulated by the medieval botanist Paracelcus some 450 years ago—indicates that it is the dose of a given substance that determines whether it is poisonous or not. It follows then that the presence of a given substance, on its own, does not constitute any evidence of harmfulness. Municipal drinking water is toxic if you drink enough of it, as are the contaminants within it.

Accordingly, Fritz Soergel’s comment about finding surprising things in food if you examine it closely is right on the mark. Poppy seeds, for example, may contain detectable, trace amounts of opium; there are tiny amounts of tetrahydrocannabinol (THC) in industrial hemp (used in health foods); nicotine can be found, naturally, in tomatoes, green peppers, potatoes and eggplant; and a typical sea salt may contain traces of potentially hazardous minerals including arsenic and cadmium.

The bottom line will be the whether the German authorities can make their bans on Red Bull cola stick. In principle, European food law states that a ban on a foodstuff cannot be maintained unless evidence of harm is demonstrated by the regulator. In the present case, not evidence of potential harm has been shown—or is ever likely to be able to be shown. We can’t imagine ‘the bull’ will take this one lying down…..and any challenge by Red Bull will no doubt make yet another interesting legal precedent.

The Red Bull energy drink has been the source of recent controversy with regard to its taurine, D-glucurono-y-lactone and caffeine content. It did however recently survive a risk assessment by Europe’s premier food safety authority, the Parma-based European Food Safety Authority (EFSA). This aside, Red Bull has been banned in certain European countries such as Denmark and Norway on account of the high (1000 mg) taurine content. Ironically, considering the Turkish soft spot for high strength coffee, Red Bull is banned in Turkey due to its high caffeine content.

Given the ‘bucking bronco’ ride of Red Bull among European regulators, the door seems open to a new generation of more healthy energy drinks. Ones that are perhaps more about sustained energy support, rather than short-term energy kicks which further stress our mostly fatigued adrenal glands. Any takers?