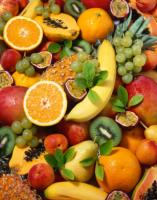 ANH looks at the evidence supporting organic produce, and it's supporters reactions

Organic 'has no health benefits'

Organic food is no healthier than ordinary food, a large independent review has concluded.

There is little difference in nutritional value and no evidence of any extra health benefits from eating organic produce, UK researchers found.

The Food Standards Agency who commissioned the report said the findings would help people make an "informed choice".

But the Soil Association criticised the study and called for better research.

Read Joanna Blythman's excellent answer in the Mail Online to the news furore created by the UK FSA headlines last week, that organic food is no healthier than ordinary food:

"A cancerous conspiracy to poison your faith in organic food"

The study in question, "Nutritional quality of organic foods: a systematic review," prepared by individuals at the London School of Hygiene and Tropical Medicine, examined thirteen different nutrients. What the report actually found was a significant difference in three of the thirteen nutrients and all three differences favoured organic. None of the differences favoured conventionally grown produce, and yet they reported that there were no differences between the two types of food.

It seems that we are not the only ones that are a little skeptical about the choices of studies used to complete the report. The Organic Consumers Association said “reading it makes one wonder if influence caused a misreading of the findings, and in addition, if the agency has addressed the wrong questions entirely.” Others are concerned that the report also included studies from the 1950's, 60's, and 70's that analysed crop varieties that are no longer grown, and failed to include 15 studies published since 2008 that all found important nutritional advantages for organic food.

One day we are seeing headlines such as “Cut size of chocolate bars to fight obesity” and included in these articles are statements such as “What we want to do is to make it easier for people to make healthier choices” and on the next day we are being told there is no benefit to eating organically grown food. So there is acceptance that the nation is increasingly unhealthy, but still people are being scared off naturally grown products. How is anyone supposed to know what to do?

Admittedly the research is sparse, but there is evidence to suggest that organic foods contain more vital defense-related secondary metabolites than conventional plant products. Dr Holden, Director of The Soil Association, the group which campaigns for organic farming, talked to BBC News in 2000 about research done in Denmark and Germany that had the following findings; more secondary metabolites are found in organic food than in conventional food. Secondary metabolites are substances which form part of plants' immune systems, and which also help to fight cancer in humans.

Yesterday, The Soil Association criticised that the FSA didn’t include in their report a recent important study commissioned by the European Union. The study looked into the following:

“Public concern over impacts of chemicals in plant and animal production on health and the environment has led to increased demand for organic produce, which is usually promoted and often perceived as containing fewer contaminants, more nutrients, and being positive for the environment.”

This study had the same results as the studies nine years ago; that vital antioxidants, vitamins, and glucosinolates were present in greater amounts in organic crops, while the "nutritionally undesirable compounds" (mycotoxins, glycoalkaloids, cadmium and nickel) were found in lower amounts. The headlines after the study had been published read “Organic food ‘good for you’ says EU”.

There are also studies that have found that conventional plant products contain less Vitamin C than organic products. Vitamin C is a powerful antioxidant, as well as an essential vitamin that we, as humans, cannot make in the body and which many are deficient.

Chi Dang MD PhD, Professor of Medicine and Oncology, and Johns Hopkins Family Professor in Oncology Research, led The Hopkins Study in 2007 and unexpectedly found that an additional role of antioxidants may be to destabilise a tumour's ability to grow under oxygen-starved conditions. All this information makes it obvious that human intake of Vitamin C is vital, so why on earth are we being discouraged from eating foods which contain higher doses of it?

Looking at the bigger picture, there are many other valid reasons to eat organic food: wholesomeness, absence of chemicals, environmental friendliness, and a better taste. And whatever the recent study shows, there are other studies proving that there are still, and always will be, health benefits to choosing organic produce over conventional produce.

On a final note, since when has growing produce organically become ‘unconventional’? For centuries produce has been grown without the use of things such as pesticides, so why is it now implied that an age-old method is ‘unconventional’? It is a slippery slope we are on when food grown using numerous chemicals and containing genetically modified organisms becomes ‘conventional’. To maintain ever-increasing yields, 'conventional' farmers rely on multiple applications of synthetic chemical pesticides. So, even after they are washed and prepared to eat, it is not uncommon to find ‘conventional’ strawberries, peaches, apples or lettuce with seven or eight pesticides on them (and in them!).

We're happy being 'unconventional' and intend to remain so.