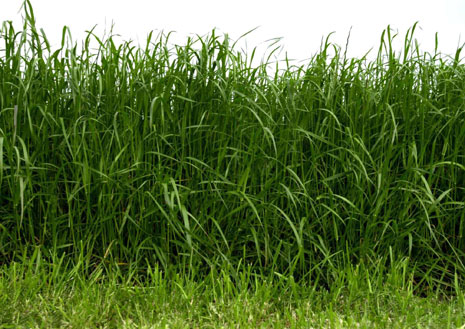 On 9th July, Dr Robert Verkerk, ANH executive & scientific director, travelled to the Welsh Magistrates Court to act as an expert witness in a criminal case brought by the Torfaen Trading Standards Office against a local company, Asphalia Food Products Ltd (AFP).  AFP were charged with selling a natural sleep aid product (Asphalia), containing a species of ryegrass, Festuca arundinaceum, that the court claimed was an unauthorised ‘novel food’.

Roger Coghill, the defendant and managing director of the small Welsh food supplement company, demonstrated that the novel food status of the ryegrass species had been unclear, as demonstrated by the European Commission’s online ‘Novel Foods Catalogue’ which categorised the status as “uncertain” up until days before the hearing.

Roger Coghill stated that “a  major flaw in the EU Novel Foods Regulation (EC258/97) is that it is effectively preventing small innovative firms from selling their new products into Europe unless costly applications are made to have the product accepted as a Novel Food”.

Until very recently, this procedure involved providing copious scientific study results that could cost in excess of €300,000 and take several years to complete because documentation had to be approved by all individual Member States. This was clearly well beyond the resources of small firms, which is why it came under such criticism from the United Nations Conference on Trade and Development (UNCTAD), who suggested a number of revisions. Unsurprisingly, there have only been a handful of UK applications in the twelve years since the Regulation came into force. (A regulation that was originally intended to protect consumers from new genetically modified foods and the biotechnology industry and is now being used as a big stick to stifle innovation.) Even today with the revised process, it is unlikely that an application via an EU Member State competent authority, would cost less than €10,000 and the same delays can still occur.

A pointless example of the impact of the Novel Foods Regulation in terms of both business and human cost is demonstrated by the recent case of Roger Coghill and AFP.

In 2003 AFP developed a natural melatonin-rich food supplement based on edible grasses (wheatgrass, barley grass, ryegrass) as a radioprotective agent for cellphone users.  It had been established by many studies that melatonin is a powerful scavenger of the free radicals created by exposure to weak electromagnetic fields. But it was only in 1995 that scientists discovered that plant derived melatonin is bioavailable to the animal kingdom (Hattori et al, 1995). Tests on AFP’s Asphalia product on people living near cellphone masts  confirmed its efficacy.

It was soon noticed that the new supplement was also providing consumers with a really good night’s sleep without any of the side effects noted from pharmaceutical preparations. Customers were enthusiastically and typically reporting “the best night’s sleep in years” and that they awoke “feeling really refreshed and ready to face the day”.

Accordingly AFP realised they had stumbled on to a natural, side-effect free sleeping aid superior to much on the market. The product has since gained awards and accolades from industry and the national media. A £100,000 investment via the Welsh Assembly Government prepared the company for launching its now-patented local discovery onto the world market. A positive step for a small local company given that some 80 percent of food supplements in the UK are imports. The future looked rosy until Torfaen County, South Wales Trading Standards Officers (Torfaen TSO), decided that one of the ingredients might be a Novel Food and demanded that AFP apply for that status.

Given that ryegrasses have been sold in the EU for many years and certainly since before the Novel Foods cut off of 15th May 1997, AFP declined to take the costly route of a Novel Food application.  AFP say that no adverse health effects have been recorded in six years of trading and with over 400 independent health food stores now stocking Asphalia (as it was called), they have received many testimonials from thousands of people all over Britain who have been getting a better night’s sleep.

In January 2009 Torfaen TSO unexpectedly began legal proceedings against AFP for infringements of Novel Food Regulation EC258/97. They alleged that AFP had failed to apply for Novel Food Status in respect of one minor ingredient in their Asphalia capsules. The company pleaded not guilty and the case finally went to Abertillery Magistrates Court in July 2009, tucked away from sight in a small Welsh valley.

The case was adjourned until 5th August when the verdict was delivered. AFP was found guilty and fined £3,000 with a further £5,000 towards the Torfaen County’s costs. For a small local business this and the legal fees have been a large sum to have to find and in order to pay the fine and cope with the financial disruption to the business, the firm has had to discontinue production of their product for at least a year and make four of its workforce redundant in an area of Wales where unemployment is among the worst in the UK. Moreover internal expansion and investment has been postponed.

Ironically AFP removed the offending ingredient in January 2009 when they first heard there might be a problem with its status in the EU.  Instead they increased the levels of wheat and barley grasses to maintain the same standardised concentration of naturally-occuring melatonin, but the County refused to drop the case.

Cost and time are barriers to potential applicants for Novel Food status, but in order to avoid it, companies must be able to show that their product was consumed before 15 May 1997 in significant quantities within the EU. But for some countries where financial records need only to be maintained for eight years, this kind of evidence is simply no longer available. It is also not enough to show that the genus, e.g.  ryegrass, has been consumed, but the evidence must go down to the individual variety, e.g. Lolium arundinaceum.

AFP seemed to have been further penalised for labelling accuracy given that they stated the full genus and species name of the particular ryegrass they were using. To bring things into perspective, in a typical meadow used for grazing there might be as many as 27 different grass varieties chosen as feedstock by farmers over the years, which ultimately find their way up the food chain into human consumption. And it is highly unusual not to have ryegrass growing in fields of cereal grasses, such is the similarity between them.

There have been no winners in this futile case: the company has suffered a serious setback to progress and expansion, people have lost precious jobs in an unfavourable economic climate, the Local Council has lost £10,000 of their unawarded costs and many man hours, and consumers who choose natural over new-to-nature pharmaceutical drugs have once again felt the thin edge of the wedge.