Home News Is HPV vaccine to blame? suffering child may be put on ‘at risk’ register 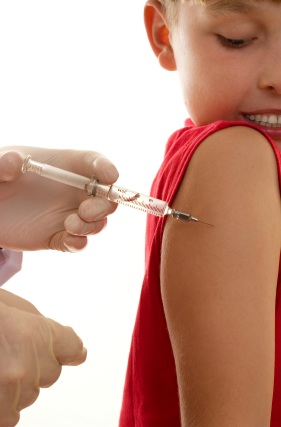 Is HPV vaccine to blame? suffering child may be put on ‘at risk’ register

“SOCIAL workers are poised to take a teenager into care after her mother claimed she was left paralysed from a cervical cancer jab.

They are deciding whether to issue care proceedings against Cheryl Cave, claiming she created her daughter’s health problems through 'emotional abuse'.

Ashleigh Cave, 13, has been in and out of hospital since she was given the jab last year. She is unable to walk unaided, is incontinent and has developed severe joint pains. Doctors are unable to explain her symptoms.

Cheryl, 38, from Aintree, Liverpool, said a social worker from Sefton Council said she suspected her of having Munchausen syndrome by proxy, a controversial condition in which people are said to invent an illness in another person to gain attention for themselves.

She said: "I feel like I am being punished for voicing my opinion.

"Ashleigh should be in school with her friends but instead she has been in hospital for nearly a year. I believe the vaccine caused her problems and I want someone to be held to account"."

Read more: Daily Mail, Paralysed cancer drug girl to be put on at-risk register ‘to shut her up’

This is a tragic case, and we fully empathise with this and other suffering families. Unfortunately there are a great number of other reports of various adverse reactions to this controversial vaccine, many of which are similar to those of Ashleigh Cave. It is no doubt difficult enough to deal with a sudden onset of worrying symptoms immediately after a child is vaccinated, without the concerned mother then being accused of Munchausen syndrome by proxy.

Noting that Sefton Council have not yet decided whether to act, the opinion of our Medical Director, Dr Damien Downing, is that "this would be a despicable use of social services' powers to victimise an innocent child, who has already suffered for a year, most probably as a result of the vaccine. Biopower at its worst".

What is key in all of this is that, as with all vaccinations, those for whom the vaccine is intended (or in the case of children and those unable to make a decision for themselves, their parents, guardians and carers etc) should be given the opportunity to make a proper informed choice. This means that they should be given ALL of the available facts about the vaccine, and all of the risks or question marks associated with it, so that they can then weight up these facts against their own health or the health of their child, and make a proper informed decision about whether to vaccinate or not.

In the UK, a leaflet called "Your Guide to the HPV Vaccine" is given out in schools, along with the consent forms. This leaflet, intended for parents and children, explains some of the possible advantages of having the vaccine, but it is sadly lacking in information about the risks, and in revealing all of the question marks that still remain over the effectiveness and safety of this vaccine. It cannot be right that most parents will make their decision based on this very limited information leaflet. For more information about these risks and question marks, click here.

If you are a parent of one of the millions of children who are being targeted in this vaccination program, are YOU in a position to make a proper informed choice?