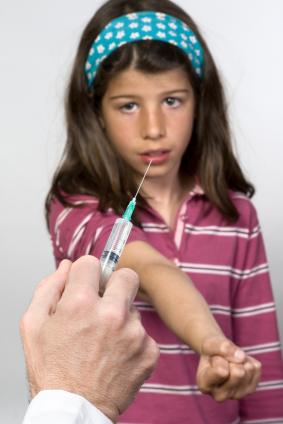 Girl, 14, dies after being injected with cervical cancer jab

ANH questions the possible contributory role of the HPV vaccine in Natalie&rsquo;s death

Girl, 14, dies after being injected with cervical cancer jab from 'rogue batch'

Schoolchildren were being offered counselling today after a 14-year-old girl died hours after being given the cervical cancer vaccine.

Natalie Morton, who attended the Blue Coat Church of England School in Coventry, died in hospital after receiving the Cervarix jab.

The tragedy is the first reported death in Britain since the national vaccination programme began last September, with more than 1.5million doses given to girls.

Last night an investigation began to establish the exact cause of the death. It is not yet known whether Natalie had an extreme - and very rare - reaction to a standard vaccine, or whether the particular dose she was given was from a rogue contaminated batch.

A number of her classmates have reported alleged side-effects from the jab.

Update Guardian.co.uk 1st October 2009: "Girl who died after cervical cancer injection had tumour in her chest"

Although a UK coroner has found that Natalie Morton’s tragic death was the result of an underlying health condition – specifically an undiagnosed tumour in her chest – questions remain as to the possible role of the HPV vaccine as a contributory factor to Natalie’s death, which occurred just 2 hours after her vaccination.

The official cause of death has been given as compression, caused by her tumour, to her aorta and pulmonary artery and the subsequent cessation of blood supply to her body.  The fact that Natalie was walking around and well enough to attend school and receive the jab in the first place makes it doubly strange that the vaccine has been ostensibly taken off the hook leaving GlaxoSmithKline (the makers of Cervarix) seemingly completely in the clear.

Common side effects associated with Cervarix include joint and muscle pain, fatigue, fever, itching, red skin rash, hives, nausea, vomiting and abdominal pain, as well as less common ones such as seizures. These are systemic effects indicative of an inflammatory response.

It is already known that vaccines tend to cause inflammatory reactions, which may in turn adversely affect arterial flow and resistance. This is believed to be one possible explanation for the association between infection and inflammation and therefore the enhanced risk of an acute cardiovascular event.

The bureaucratic wheels, which normally turn a lot more slowly, literally spun into overdrive over this unfortunate incident, and the speed with which the coroner’s report was made public is noteworthy. It begs the question of how much pressure may have been applied to get Cervarix off the hook as quickly as it had been. Or did the coroner believe, in the absence of any pressure from a third party, that avoiding any suggestion of a contributory role of the Cervarix vaccine in Natalie’s death would make his life somewhat simpler?

Clearly Cervarix, and its sister vaccine Gardasil, are NOT off the hook, by any means. There is ample evidence already that the HPV vaccines have doubtful efficacy and even more doubtful safety.  The findings from one coroner should not be used to justify the safety of HPV vaccines across the board.

There have so far been at least 33 deaths and many serious adverse health problems linked to the Gardasil vaccine in the USA—the frequency of their occurrence being 30 times greater than for the meningococcal (Menatra) vaccine. We may only be seeing the tip of the iceberg here in the UK given that the total population that’s been exposed to Cervarix is a fraction of that exposed to Gardasil, which has been used extensively in the US and the remainder of Europe.

Based on existing data, and especially even the official US government safety data on Gardasil which states that 7% of all reported adverse events in vaccinated girls are serious, how can the HPV vaccines be considered safe?

To the Vaccine Choice campaign page