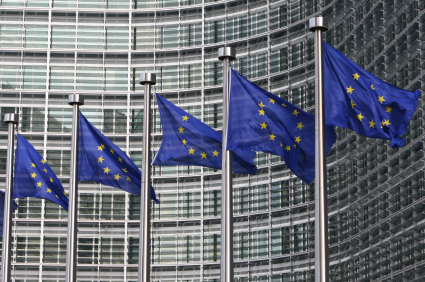 
Influenza A (H1N1) vaccines available - are they safe?

Influenza A (H1N1) vaccines available - are they safe?

On Tuesday, 29 September, after months of human clinical trials, the European Commission gave final marketing authorisation for two pandemic influenza vaccines: Focetria® (Novartis) and Pandemrix® (GlaxoSmithKline). The vaccines will be used in all EU member states as well as in Iceland, Liechtenstein and Norway.

Some MEPs are concerned about the safety of the vaccines given the speed of the approval process. "Is it safe for children and people in risk groups? We need some clear information," said German Christian Democrat Peter Liese. Many MEPs were especially concerned about pregnant women.

Meanwhile, German Socialist Dagmar Roth-Behrendt said that people in most countries are afraid of being vaccinated because of potential side-effects. "What will people have to expect?" she asked.

"The side effects of this vaccine are minimal compared to those people who will be infected with the virus," said Thomas Lönngren, Executive Director of the European Medicines Agency, explaining why the agency had fast tracked clinical approval for the vaccines.

Not all MEPs had major concerns. Françoise Grossetête, a French Member of the EPP group said: "Loads of people say that seasonal flu is not that dangerous and not that many people die per year. If the N1H1 is similar to that why make such a fuss about it?"

To read the full story

It is interesting to see that Members of the European Parliament (MEP’s) are questioning the speed of approval and the intensity of the testing of the H1N1 vaccine. They are asking the question now, "is it safe?"

This is an important article as the public needs to be better informed on H1N1 flu risks and how to avoid them, and also deserve accurate information on the safety and efficacy of the vaccine so as to be able to make an informed choice over whether to vaccinate or not.

Many MEP’s seem particularly concerned for pregnant women, children and those in risk groups. These being the groups that have been targeted for priority when the vaccinating begins. However, within the discussion yesterday, German MEP Jo Leinen, (Chair of the European Parliament committee responsible for public health) stated “The H1N1 vaccine won’t be ready until the beginning of October for those who are healthy, and then only in December for vulnerable groups. We’ve often heard it said that vulnerable groups should be vaccinated first but in fact the vaccine for those citizens will be ready last.” At least, if this is the case, this will allow for more time testing.

To read more about the concern over the safety of the vaccine, or read the National Vaccine Information Center website

To go to our Vaccine Choice campaign page