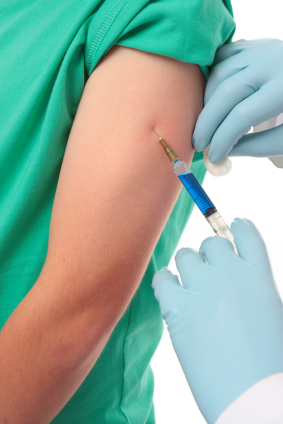 Severe adverse reactions to HPV leading to brain damage or even death may be rare, or even very rare. But until the known risks are properly communicated to the public, informed choice does not exist. We call on recipients of this eBlast to communicate with your parliamentary representative, whether in the UK, other European countries, the US, Canada, Australia or elsewhere, and put pressure on your government to release all the known facts over the risk of this controversial vaccine—or initiate a scientific inquiry.

Reports of serious and even lethal adverse reactions to the Human Papilloma Virus (HPV) vaccine, Cervarix, manufactured by GlaxoSmithKline, raise grave concerns over the safety of the vaccine. While its closely related vaccine, Gardasil, manufactured by Merck, is recognised by the US Centers for Disease Control (CDC) to trigger severe reactions, including permanent disability, life-threatening illness and death, equivalent data in the UK appears not to be publicly available.

The tragic case of 14-year-old Natalie Morton’s death just two hours following her vaccination, which was reported by the pathologist in her post mortem as being completely independent of the vaccine, has been described as “implausible”, and raises further questions about the accuracy of reporting.

The role of the HPV vaccine in the development of disabling symptoms in the cases of Stacey Jones (18), Rebecca Ramagge (13), Lisa Wickenden (13), Carly Steel (13) and Ashleigh Cave (13) appears to be unresolved and circumstantial evidence would suggest that Cervarix may have been at least a contributing factor in their respective conditions.

Dr Diane Harper of the University of Missouri, who was directly involved in clinical trials on HPV vaccines, is among a growing number of scientists who have publicly expressed their concerns over the vaccines’ safety.

Cervarix was approved for use in the European Union in September 2007 for the prevention of precancerous changes of the cervix in girls and women between the age of 10 and 25.  The vaccination programme started in September 2008 for girls aged 12 to 13, delivered in three injections over 6 months.  There is a new, accelerated catch-up programme for girls aged 15 to 18 years starting in September 2009, due to complete by end of the academic year 2010.

Given the number of girls, the lack of transparency on the frequency and type of adverse reactions, as well as the possibility of long-term effects on the reproductive system, the Alliance for Natural Health is requesting all Members of the UK Parliament to put pressure on the Government to initiate an independent and fully transparent scientific inquiry on the short and long term effects of the vaccine.

The Alliance for Natural Health is an international campaign organisation comprised of scientists, doctors, lawyers, practitioners and consumers.  Working to promote natural and sustainable approaches to health through the use of ‘good science’ and ‘good law’.

Executive Director of the Alliance for Natural Health, Robert Verkerk, stated; “Presently, there are no adequate data available on the comparative risks of Cervarix and Gardasil. Nor is there adequate information on the factors which may predispose certain individuals to serious adverse reactions, or on the duration and effectiveness of immunity following single and multiple vaccinations.  It is in the public interest that these key questions be answered urgently by an independent review panel”.

ANH Medical Director Dr Damien Downing said; “When leading scientists involved in the development of HPV vaccine lose faith in its efficacy, and reports of serious reactions and deaths following vaccination mount, parents are entitled to independent information on these concerns before submitting their children to vaccination”.

The Alliance for Natural Health

NOTES FOR THE EDITOR:

For more information about cases which may be linked to the HPV vaccine:

About the Alliance for Natural Health:

The Alliance for Natural Health (ANH) is an international, non-governmental organisation, based in the UK. It was founded in 2002, and works on behalf of consumers, medical doctors, complementary health practitioners and health-product suppliers worldwide, to promote natural and sustainable health, using the principles of good science and good law.