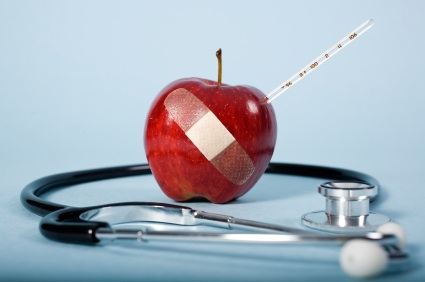 ANH explains why the sustainability principle is needed in healthcare reform

ANH explains why the sustainability principle is needed in healthcare reform

Source: DeHavilland - Report of Labour Party fringe event - Winning the battle for hearts and brains – getting it right for patients, 29th September 2009

"Putting preventative measures at the front of the health agenda needed to be a priority for the NHS (National Health Service), Health Select Committee Chairman Kevin Barron asserted today.

Also speaking at the event was Dr. Mike Knapton, Medical Director at the British Heart Foundation, Thomas Hughes-Hallet, Chief Executive at Marie Curie Cancer Care and Joe Korner, Director of Communications at the Stroke Association. The meeting was chaired by assistant editor of the Guardian, Michael White.

The meeting began with a DVD on the work of a British Heart Foundation dietician, Emer Delaney, who asked the panel how health disease will be prioritised in the future.

Kevin Barron noted that a lot of cardiovascular problems were avoidable given the right advice and approach. He observed that there had been a failure in the preventable agenda and that NHS access was equitable but only when people were ill. He noted that the idea of prevention had started to come to the forefront of the agenda, given that this century’s main problems with health would be lifestyle related. He emphasised that the country and communities could not afford not to deal with preventative issues right now.

Mike Knapton spoke of the British Heart Foundation’s lifestyle assessments in areas of high prevalence of cardio-vascular disease, which was predominantly in low socio-economic areas. He observed that there had been a steady fall in premature mortality from heart disease, highlighting that around 80% of cardiovascular disease was preventable through management and a healthy lifestyle. He said that we were in an interesting and challenging financial situation and warned that if the NHS was going to be sustainable, prevention needs to be a priority, especially for heart disease".

This article is available in full only from DeHavilland. For further information please contact the ANH Campaign Administrator.

Could it really be that governments are beginning to wake up to the fact that they need to radically alter the healthcare paradigm from a disease treatment one to a disease prevention one? Or is this just more political point scoring while Labour in the UK is in difficulty in the opinion polls?

The acknowledgement by the Health Select Committee Chairman, Kevin Barron, that the main health problems this century would be lifestyle related, and that there had been a failure in the preventable agenda are both key. Health authorities around the world now recognise that diet and lifestyle are the primary factors in all major chronic diseases, and yet, disturbingly, the medical establishment still remains relatively uneducated and uninformed on this subject and continues to peddle drugs as the primary treatment regimen.

The ANH Food4Health campaign aims to stimulate greater emphasis on the use of foods and other lifestyle approaches for preventative healthcare, rather than exerting the effort and the money on an already diseased and toxin-laden body.  If there’s one thing all the health statistics agree on—this is unsustainable.

We at the ANH believe that healthcare is an industry in urgent need of a paradigm shift in healthcare; one that embraces the principle of sustainability. After all, it has been applied successfully to a range of other important industries such as energy, agriculture, forestry and even construction and tourism where social or environmental degradation have ocurred. The ANH first defined sustainable healthcare in 2006 in the UK practitioner journal Nutrition Practitioner, as:

"A complex system of interacting approaches to the restoration, management and optimisation of human health that has an ecological base, that is environmentally, economically and socially viable indefinitely, that functions harmoniously both with the human body and the non-human environment, and which does not result in unfair or disproportionate impacts on any significant contributory element of the healthcare system."

To download the October 2009 paper on sustainable healthcare by Robert Verkerk PhD, published in the Australian College of Nutritional Medicine (ACNEM) Journal: "Can the failing western medical paradigm be shifted using the principle of sustainability?", click here.

Finally, its ironic that while disease prevention is being identified as critically important, the natural products industry, a key provider of products used to maintain health and wellbeing by millions of consumers, should be under such regulatory assault.