ANH provides its initial view on the first batch of EFSA opinions on the EU&rsquo;s Nutrition &amp; Health Claims Regulation

This ANH view is the subject of an article by Shane Starling, Nutraingredients.com, 19th October 2009.

The EU Nutrition and Health Claims Regulation came into force on 1 July 2007. But as with most EU directives and regulations, key provisions are staggered in time. The idea is to help us—or in this case particularly food and supplement manufacturers and suppliers—to adapt to the new, harsh provisions.

The remarkable thing about this Regulation is that it effectively bans all health claims that are not specifically approved by the Parma-based European Food Safety Authority (EFSA). The bans on unapproved health claims, be they on labels, on promotional material or verbal, will come into force once EFSA's list of opinions are signed off into law by the European Commission. That day is imminent, given EFSA has now published it's first batch of around 500 claims. EFSA is in the process of evaluating over 4,000 claims, and it expects to need until the end of 2010 to complete this task.

The Regulation is designed to protect the interests of consumers. It's meant to stop them being fed a diet of misleading misinformation. While it cannot be denied the food and supplement industry has entertained its fair share of cowboys, our concern is that the Regulation goes so far as to throw the baby out with the bathwater. At the very point in time when consumers need most information to help them make the right food and supplement choices to help them offset largely preventable chronic diseases, we see the industry being gagged. 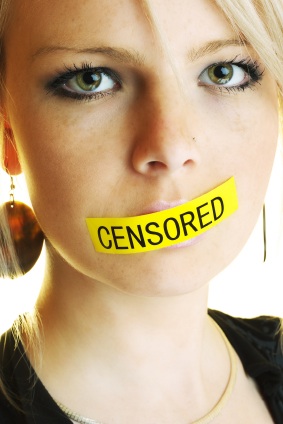 We regard this Regulation as probably the greatest infringement of freedom of speech to impact the health food industry anywhere in the world.

Check it out for yourself. What we see in Europe is set to be exported elsewhere in the world through the big business-influence, intergovernmental organisation that is the Codex Alimentarius Commission. The very procedures that are under development in Codex's Guidelines for Use of Nutrition & Health Claims are modelled almost exactly on this EU Regulation. Watch these very concepts precipitate into regulatory regimes elsewhere in the world. Only a revolution from industry and the people will stop this steady march.

We feel that, in time, once the full impact of the EU Regulation is felt in the EU—in 2011 and after—legal challenges centering on the infringement on our fundamental rights and freedoms may become a necessity. But getting such challenges off the ground will ultimately depend on the will of the industry—and the will of consumers.

Having worked our way through a significant part of the 94-webpage-long list that contains EFSA’s first batch of opinions, we find a real mixed bag. Obviously functional claims linked to vitamins and minerals are well represented, this being mainly because these are probably the first group to be evaluated and they have also been well studied, so human studies are plentiful, compared with many other groups of nutrients or phytochemicals.

When you dig into the conclusion for each claim evaluation, the phrase “…a cause and effect relationship has not been established between [x] and [y]…” is far more frequent than many of us would have hoped. Herein lies the problem: causal relationships are extremely difficult to establish, as testified by the decades of research required to make the cast iron link between smoking tobacco and developing lung cancer. We of course shouldn’t have been overly surprised.

Given the Commission’s desire to maintain in the final text of the Regulation the phrase “generally accepted scientific data” as the basis for evaluations, and when we saw EFSA and the Commission shift the goalposts after the Regulation came into force by rejecting all claims that were not supported by high quality human studies, we knew things would be tough. But it’s the immensity of the impact of these opinions that is difficult to comprehend. We must remember that this new claims environment affects not only labels and supporting marketing material, but also the spoken word. Any health relationship that is not supported by EFSA will soon be banned, making any utterance or writing about such a relationship, when associated with a food or supplement product, an offence punishable by law.

The graveyard of disallowed claims is not a pleasant place to be. Among the huge list of casualties are nutrients as common as glucosamine, chondroitin and MSM in terms of their role in maintaining normal joint function. Other losers include taurine, for its effect on energy levels and performance and cacao for its thermogenic properties and its ability to help maintain normal body weight. The list of failed claims applications is seemingly endless….and it makes very disturbing reading when you see the level of proof that EFSA is relying on. If such a level of proof were used for drugs, most would not make it to market.

Of great concern is the way in which the criteria for health claims have been used to reject certain nutrients with well established health benefits. An example of this is the rejection of a claim for niacin’s role in lowering cholesterol and triglycerides. While EFSA accepts that niacin does indeed have this effect at high dosage levels, it rejected the claim which it said “encourages excess consumption of niacin and therefore does not comply with the criteria laid down in Regulation.”

Another example of such sleight of hand can be found with the precursor of tryptophan, 5-HTP, which helps the body produce more serotonin, therefore helping to manage anxiety. Again, while EFSA recognised this fact, it argued that this is only of benefit when serotonin production is suppressed in anxious people, who do not exhibit ‘normal attention’. EFSA, not surprisingly, failed to find benefit for people exhibiting ‘normal attention’, given that such people are already producing more than enough serotonin. And that’s why, dear EFSA, some of us use 5-HTP when we are stressed out, and not when we’re on holiday! Please – pass me 100 mg of 5-HTP before they ban it – reading these EFSA opinions is very stressful!

Is there any good news? There are some obvious examples, most relating to vitamins and minerals. Ironically, some minerals might become more popular as a result of these claims. An obvious example has been the allowed claims for magnesium, in which realistically high levels, even over the 300 mg/day RDA, are required for such functions as maintaining bone health and electrolyte balance.

I don’t believe the food and supplement industry, or scientists, can accept a good number of these opinions lying down.  It is time to begin deep and meaningful scientifically-based negotiations. Let’s start now.

Click on the 'NDA opinions on Article 13 claims' link on the EFSA Article 13 webpage to explore the opinions for yourself.