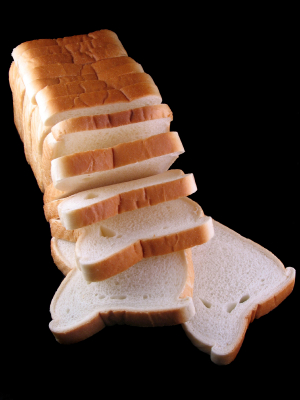 UK plans for mass medication with folic acid gear up

In 2007, the Food Standards Agency (FSA) Board agreed unanimously that 'mandatory fortification' with folic acid, a synthetic form of folate, should be introduced in an attempt to reduce birth defects such as spina bifida. Yesterday, 19th October 2009, that call was renewed.

Before making its final recommendation on mandatory folic acid fortification, the Government's Scientific Advisory Committee on Nutrition (SACN) was waiting to review the results of a number of trials, looking at the effect of folic acid on the risk of some types of cancer. These were completed at the end of 2008, and SACN's recommendations are being considered by UK Health Departments.

If the mandatory fortification is approved by the Health Department, Britain will be the first European country to follow America’s lead, and the FSA will produce a plan of how it can be implemented, including details of which types of bread or flour would be fortified and how the added folic acid would be labelled.

Folic acid plays an important role in foetal development, and pregnant women are encouraged to take supplements before and during their pregnancy but as many don’t, the FSA see fortification as the simple answer. As well as reducing the risk of spina bifida, latest research from Canada has shown that folic acid can also decrease the risk of congenital heart problems in babies.

In the past there have been concerns that folic acid can play a part in promoting cancer. America and Canada have been fortifying flour since 1998 and since this time, although the cases of babies being born with defects decreased, the rate of bowel cancer – then in decline – abruptly increased. ANH covered this concern in an article earlier this year, and came to the same conclusion as with fluoride in drinking water: Is mass medication really appropriate or necessary?

Mass medication takes personal responsibility away from the individual and makes people more and more dependent on state controlled health programmes that are never likely to cater well for individual needs and genetic variability.

The same goes for the addition of fluoride to our drinking water. Research in mice shows that the effects of greater exposure can differ from mouse to mouse, some having more resistance than others to increased amounts of fluoride. Surely this should be taken into consideration before mass medicating the public with both fluoride and folic acid.

Some cereals and spreads are already being voluntarily fortified with folic acid, and problems may arise for those already eating these and taking supplements, if they then eat bread that has also been fortified. Excessive amounts of folic acid can prevent diagnosis of vitamin B12 deficiency (pernicious anaemia), by masking blood-related symptoms.

This is another area of health in which our views are coloured heavily both by our knowledge of the risks and/or benefits, but also our attitudes to freedom of choice. Increased intake of folic acid may not be appropriate for everyone, but whether it is or not, people soon might not have a choice. And to us, that doesn’t seem right.