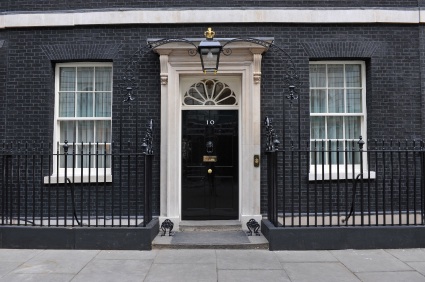 ANH fills in the gaps left by the Downing Street response

The response from the UK Prime Minister’s Office to the 62,262 concerned citizens who signed the recent Downing Street e-petition regarding concerns over Codex, is disappointing in its brevity.  To sideline such a weight of public concern with a couple of brief paragraphs, noteworthy for the depth of information they omit, is staggering, although not surprising given the inaccuracy of the facts in the petition itself.

It’s unfortunate that we live in times where we see so many agendas largely dictated by corporate need and greed.  Codex Alimentarius is a prime example of this.  Whilst the UK official line, that closely matches Codex’s own official line, is that "Codex Alimentarius is a series of food standards and related texts that aim to provide a high level of consumer protection and fair practice in the international trade of food and agricultural products", the reality is closer to total control of the food supply (which includes food supplements), based on criteria that better support corporate interests than those of consumers.  Get too close to shining a spotlight on the increasingly ugly agenda and you see a lot of fancy footwork to ensure the appearance of acceptability under the guise of ‘consumer protection’ and removal of ‘trade barriers’.  If we’re to truly shine the light and see the cockroaches scuttle then factual accuracy is imperative.

The Codex petition to Downing Street, although well-meaning and supported internationally, was unfortunately sufficiently inaccurate that it was bound to draw nothing more than a patronising pat on the head, which is what this response from PM’s office is about.  In an effort to provide the missing detail, and restore factual accuracy, we’ve taken each point made by the PM’s office and added an ANH comment below:

Downing Street response: “There are no current or planned Codex Alimentarius proposals that require the UK to change the controls on vitamin and mineral or botanical food supplements.”

Whilst being technically correct, this statement is disingenuous to say the least.  We have been trying to educate people in Europe that the big wolf at the door is not Codex —it’s the European legislative model that is being used as the base template for Codex, at least in terms of food supplements and health claims.  This means that Codex can act as a mechanism to export the restrictive European regime to other parts of the world.  Focussing all attention on Codex takes the European eye off the ball and the potential for missing the point that at the end of this year the allowed forms of vitamins and minerals across the entire of Europe is dwindling to a mere 181.  In line with Napoleonic law where substances are banned unless they are specifically allowed, all other vitamin and mineral forms (except natural sources) will be illegal from 1st January 2010.  We are also awaiting the European Commission’s proposals on Maximum Permitted Levels of vitamins and minerals, an issue that is still supported by our petition to the European Parliament.  So, not only are we facing restrictions on which vitamins and minerals we can take, we’ll shortly be seeing dramatic reductions in levels too.  Add both of these factors together with the declining quality of agricultural soils and the quality of our food, and we’re very likely to see increasingly severe deficiencies across Europe.

Downing Street response: “The Codex Alimentarius Commission was created in 1963 to develop food standards and guidelines.  One of the main purposes of Codex’s work is to protect the health of consumers.”

Given that the majority of the guidelines and standards have been developed by Big Food, Big Pharma and Big Chem, many of us would argue that they benefit corporations rather than consumers.  The World Trade Organization (WTO) is the policeman for Codex and even though these are just guidelines and standards, we already live in a world where, in international trade disputes, the countries trading closest to Codex guidelines win, the losers being forced to endure sanctions, normally in the form of premium fines.  This is a situation that larger, more profitable countries can afford, but not one that a smaller or developing country can hope to fight—hence, the global control of the food supply.

Downing Street response: “Codex texts and guidelines are not enforceable in law and Codex member countries are not obliged to reflect their requirements in domestic legislation.”

Again, this is technically correct.  Until member countries sign up to the Codex guidelines and standards (in 2012), they remain just that—only guidelines and standards.  Whilst they are in this form it’s easy for regulators and governments to disassociate themselves from them.  However, the truth is that Codex Alimentarius already consists of over 300 official global food standards, some of which originate from as long ago as 1966.  Many of these have already found themselves into the statute books around the world.  The Codex General Guidelines on Claims can be found in the food laws of virtually any WTO member country one cares to look at.  We, at ANH, are especially familiar with these guidelines given they relate to claims as to the suitability of a food (or food supplement) for use in the alleviation, treatment or cure of diseases, disorders, or particular physiological conditions.

Downing Street response: “In the UK, food supplements are regulated under the European Food Supplements Directive 2002/46/EC, which came into effect in the UK in 2003 and has applied since 2005.  The Directive is implemented into national UK law by the Food Supplements Regulations (England) 2003.”

This is true, but also why it is so important to monitor the EU Directives and Regulations that have a direct impact on food supplements and the entire natural health sector, herbal medicines included.  In fact the European Food Supplements Directive (2002/46/EC) was very influential in the drafting of the Codex Guidelines for Vitamin and Mineral Food Supplements.  (See our campaign pages for more specific detail.)

Downing Street response: “There are no plans to make vitamin and mineral or botanical food supplements available on prescription only.”

This is again technically true, however, with the restrictions in place as to which vitamins, minerals and botanicals are allowed for use in Europe, and in what quantities, everything else automatically becomes an unauthorised drug.  The only hope for those of us who wish to take either higher doses or other nutrients not specifically allowed in Europe, is to have them licenced as drugs.  This is unlikely to be driven by supplement companies in the natural health sector given the huge costs and time required.

Downing Street response: “Herbal remedies are subject to separate controls and are overseen by the Medicines and Healthcare products Regulatory Authority.  Herbal remedies do not fall within the scope of Codex guidelines.”

Not surprisingly, this is again accurate but it is unfortunate that the petition even mentioned herbal remedies as they fall completely outside of the scope of Codex Alimentarius, which is concerned with food and food products, of which only food supplements are a part.

Downing Street response: “An outline of Codex, its activities and the UK’s involvement is available at: www.food.gov.uk/foodindustry/regulation/Codexbranch/”

The PM’s office provides the link to the Codex page on UK Food Standard Agency’s site, however, research into Codex Alimentarius would be deficient without visiting the official Codex site.  More information on the scope of the challenges posed by Codex Alimentarius is available on our Codex Campaign.  The US-based National Heath Federation is currently the only NGO with official Observer status in Codex.  Read a well referenced critical view to Codex by Paul Anthony Taylor of the Dr Rath Health Foundation.

In summary, we would like to remind readers that Codex Alimentarius has a far wider reach than just affecting our access to food supplements.  The current tally of active Codex Committees stands at 24.  There is a committee to cover every aspect of our food supply—from fats and oils, fresh fruit and vegetables through to milk and milk products and methods of analysis.  Within this committee structure further related aspects dealing with food labelling, food additives, pesticide residues and residues of veterinary drugs in food to name a few, are also covered.  The Codex Committee on Nutrition and Foods for Special Dietary Uses, under which food supplements fall, is just one in this dazzling array of committees.

Seeing the scope and breadth of the committee structure is a further reminder that the challenges posed by Codex Alimentarius are by no means limited to just food supplements, which seem to have taken up much airtime this year to the detriment of other very key issues.  Although this is a very important aspect given the potential impact on our health, it's important to not lose sight of the bigger picture.

Go to ANH Say NO to GM campaign