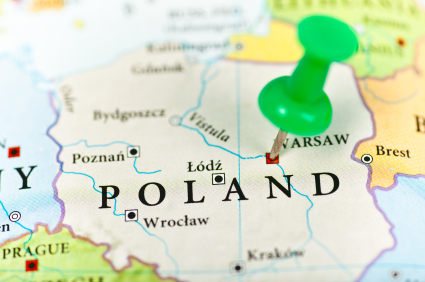 A call for action to all Poles not living in Poland

Vote on the new 'GMO Act' to be held 10 days before Christmas&nbsp;

The Polish parliament has chosen December 15th 2009 for a debate and vote on the new ‘GMO Act’ that, if passed, will open the door for planting GM crops on Polish soil, based on EU standards that authorise co-existence between GM and non GM crops on a commercial scale.

In spite of more than two years of constant lobbying, demonstrating and letter campaigning, the Tusk government has failed to introduce a ban of the controversial GM maize MON 810 which has now been banned in 7 EU Countries, including Germany and France. It has also refused to maintain the previous government’s ban of all import and trading of GM seeds and plants.

So, just 10 days before Christmas, they will try and sneak through a new act that will lay the ground for the first legal planting of GM crops on Polish soil. It is a classic example of political manipulation and corporate connivance.

Friends – this is our most important moment for action – we must prevent this new act becoming law.  Even at this, the 11th hour, we can show the Polish government that there is serious international resistance to the genetically engineered pollution of the beautiful Polish countryside, with its 1.5 million small peasant farmsteads and fine farmhouse foods.

Join our Polish colleagues in defiance of this cowardly and secretive attempt to defy the wishes of 70% of Polish citizens and the majority of Polish farmers. Write today (only 10 days left) to the chairman of the Polish Parliament – with a copy to us -  demanding a veto of this new ‘GMO Act’ and a ban of both MON 810 and any future GMO seeds and plants that the EU may decide to authorise.

The name and contact to the chairman of the Polish Parliament:

Please act without delay. It is crucial that your voice is joined with those of Polish citizens in stopping this genocide of the biodiversity of the Polish countryside and its occupants.

Use the following points in your letter:

Thank you in advance for making this special effort to stop GMO in Poland.

If you would like to donate to the Polish anti-GM campaign please visit: