FAO and ANH go head to head on Codex

Two scientists on opposing sides of the debate over how the global food supply is being regulated were brought together yesterday to argue and debate their respective positions in front of an audience of leading academics at Lancaster University. The unique debate was convened by the ESRC Centre for Economic and Social Aspects of Genomics (Cesagen) as part of the ESRC Festival of Social Science. The debate was entitled “The Future of Codex Alimentarius”. Leading academics from Lancaster, Edinburgh, Sussex and Sheffield Universities actively participated in a highly engaging debate following presentations by the two scientists. 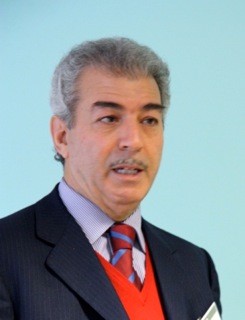 Dr Ezzeddine Boutrif, Director of the Nutrition and Consumer Protection Division, Food and Agriculture Organisation (FAO), opened the debate by making a presentation on the claimed benefits, risks and opportunities brought by implementation of the international food code administered through the intergovernmental organization responsible for developing international standards for the global food trade, the Codex Alimentarius Commission (CAC). Dr Boutrif explained the complex procedures developed to facilitate the workings of the intergovernmental organization and argued that the process was now considerably more transparent than in earlier years.

Dr Robert Verkerk, executive director of the Alliance for Natural Health, an international non-governmental organization, followed Dr Boutrif, questioning the independence of much of the science relied upon by Codex technical committees, providing evidence for the distortion of the process by large vested interests. Dr Verkerk also claimed that Codex’s work on genetically modified foods was inadequate to ensure consumer or environmental protection and that the basis for claiming that GM crops could alleviate hunger and poverty in developing countries was lacking. He advocated that agro-ecological models of agriculture that focused on the self-sufficiency of such agricultural communities—and not biotechnology—would be central to any resolution of the problems. 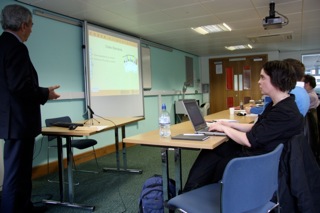 The global food system has transitioned massively over the last few decades, even since the CAC was formally established by the Food and Agriculture Organization (FAO) and the World Health Organization (WHO) in 1963. Central to these changes are the industrialization of agriculture, the establishment of a truly global food trade, the increased consumption and availability of processed foods and accompanying use of food additives, as well as a dramatic adoption of GM crops destined for both the animal and human food chains.

The recommendations, guidelines and standards as established by Codex Alimentarius have become central to the way in which the global food trade is regulated. The over 10-year long dispute between the USA and the EU over growth hormones in beef in which the EU has been forced by the World Trade Organization, on the basis of evidence from Codex, to pay fines amounting to over $120 million annually for refusing import of hormone-treated US and Canadian beef provides an example of the significance of Codex. The EU, in contrast, has argued that some hormones may present a health risk to humans consuming produce from treated animals.

Commenting on the meeting, Dr Verkerk said, “The Cesagen meeting presented a rare opportunity for our views to be aired, not only directly to the FAO, but also to a clutch of leading academics in the genomics and social science fields. There is no doubt in my mind that the interests of consumers, as well as those of smallholder farmers and small businesses in the food trade, are not being adequately addressed by the present Codex structure. Big business and a number of governments have run away on their own track. We hold some hope that well argued positions from the NGO and academic sectors may help to positively shape the system to better deal with the demands of future generations. Developing foods and food production systems that are more compatible both with the environment and our bodies will involve a paradigm shift—and this is about going forwards not backwards. ”