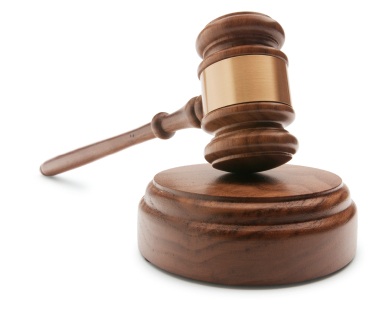 An important ruling was handed down by the European Court of Justice on 29th April 2010.

The ruling relates to a case brought by the vitamin company, Solgar, and a range of other food supplement interests challenging decisions by France to set highly restrictive maximum levels for vitamins and minerals prior to the European Commission's planned EU-wide harmonisation of Maximum Permitted Levels (MPLs).

In a nutshell, the European Court of Justice has further cemented a fundamentally flawed approach to risk management, which is in the process of being developed for EU-wide implementation by the European Commission.  There is however, the glimmer of a silver lining, at least around parts of the Court's judgement.  Probably the brightest light comes from the Court's decision to bar either national governments or, by inference, the European Commission, from implementing excessively low maximum levels without demonstrating any "genuine" or "real" risks to human health.  We feel that this 'supreme view' from the highest court in Europe could pave the way for preventing disproportionate bans on particular molecular forms of nutrients that are known to be safe (and beneficial) at supplemental doses currently used.

Following is a more in depth response by ANH to the ruling.

The ruling is a mix of good and bad.

What's bad about it?

Unsurprisingly, the ECJ ruling reinforces the principles for the establishment of maximum permitted levels (MPLs) that are written in to Article 5 of the Food Supplements Directive (2002/46/EC).

However, these principles on which MPLs are to be set have not been established using proper scientific methods, nor have they been validated against real data on beneficial or harmful intakes.  But of course the ECJ judges are not scientists and they are simply following the law, not appreciating its scientific weaknesses.

For more about the scientific weaknesses, please see:

Verkerk RH, Hickey S. A critique of prevailing approaches to nutrient risk analysis pertaining to food supplements with specific reference to the European Union. Toxicology. 2009 Dec 23. [Epub ahead of print]

The most disconcerting aspect of the ruling is that it sets the scene for highly restrictive MPLs, and even outright bans on nutrients if MPLs are computed at the zero level.

And what's good about it?

The plus side of the ruling is that the ECJ has picked the plaintiffs' question about the anomaly of fluoride and the French authorities decision to issue a zero level, based on the fact that it is  not possible to predict intakes from other sources, and total intake from sources other than supplements might exceed the known upper safe level (UL). While this makes total sense for fluoride in supplements, which can cause significant harm particularly in children, it does not make sense for many other types, or molecular forms, of nutrients for which harm at supplemental levels has never been demonstrated.

Another useful element of the ruling (paragraph 55) is that it puts the onus on national authorities to prove that any restriction of dosages is based on an ability to demonstrate a "real risk" to public health. This is a reiteration of the point made by the ECJ in our own case of 2005 (paragraph 73). This principle will obviously also apply to the the Commission's proposed harmonised imposition of MPLs and could set the scene for legal challenge if the levels are excessively restrictive for a given molecular form of a nutrient for which no risk at that level can be demonstrated.

In paragraph 61, the court paves the way for labelling to be used as a means of protecting specific, minority groups within the population, such as children, pregnant women, etc. While the ruling specifically applies to national rules implemented by Member States prior to the EU-wide harmonisation of MPLs, the ECJ's ruling will likely have a legal impact on the approach to harmonisation as being considered presently by the European Commission.