Home News Healthy eater? You may need to see your doctor urgently 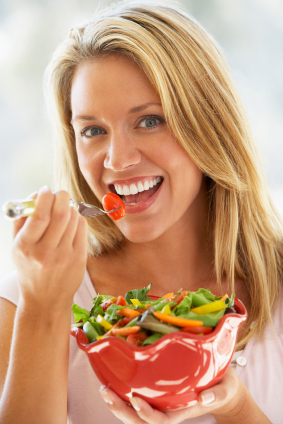 Healthy eater? You may need to see your doctor urgently

A look at the "healthy eating disorder"

Anyone who’s read this and similar statements could be forgiven for thinking that it was some sort of late April fool’s joke, but no – ridiculous as it sounds, the desire to eat healthily is now considered to be an eating disorder. Steven Bratman, a Colorado MD, coined the term Orthorexia nervosa (Latin term that basically translates to ‘correct eating disorder’) in 1997. The term describes an eating disorder, which is characterised by the obsession to eat healthy foods. We find the need at this point to stress that this is not a joke….there is even a dedicated website to alert you to the serious threat this disorder poses.

Surprisingly, EatingDisordersOnline.com says “Orthorexia nervosa is one of a little-known group of eating disorders”. Could it be ‘little-known’ because most people that are conscious of what they are putting into their bodies, and why, are blissfully unaware that they could be suffering from this disorder because they feel so good? Perhaps they don’t consider that their avoidance of genetically modified, pesticide-laden or processed foods is considered ‘weird’, and therefore haven’t realised that they may need to see their doctor.

Last August an article appeared in the UK’s Guardian newspaper stating that, “Eating disorder charities were reporting a rise in the number of people suffering from a serious psychological condition characterised by an obsession with healthy eating.” To further complicate matters it goes on to say that sufferers tend to be aged over 30, middle-class and well educated…

Here at the Alliance for Natural Health, we’re fairly sure we all ‘suffer’ from this disorder. Whilst a proper diagnosis would require a qualified professional, we still went in search of further symptoms. Apparently if you are watchful of the nutritional value of your meals, if your self-esteem gets a boost from eating healthily, or if you feel at peace with yourself and in total control when you eat healthily, chances are you are already a victim of Orthorexia nervosa. If those symptoms sound familiar to you, perhaps you’ll feel reassured that there is now some treatment to help you. The treatment of choice, that doctors are prescribing to orthorexics, are antidepressants.

Unfortunately, this rapidly growing eating disorder is a tricky one to treat. Dr Steven Bratman writes that this is because orthorexics "will consider drugs such as antidepressants to be 'impure' and unnatural". Not to mention the possibility of unsavory side effects. Perish the thought that they don’t want to put drugs into their bodies.

If you live in the US, you’ll be relieved to hear that July is National Minority Mental Health Awareness Month. This encourages organisations to raise awareness, erase the stigma of mental illness and break down barriers to treatment. Perhaps during the month of July healthy eating sufferers will get the support and treatment needed for a full recovery. One of the most important messages during Minority Mental Health Awareness Month is that “recovery is possible.” But what does ‘recovery’ mean for an Orthorexic? The gradual and building desire to eat junk food? Not looking at the nutritional value of the food they eat? The desire to only eat processed foods? Looking specifically for GM derived, pesticide-laden foods? Sounds far preferable than wanting to be a healthy eater—and of course with a clean bill of mental health!

The saving grace is that Orthorexia nervosa is not yet listed in the Diagnostic and Statistical Manual of Mental Disorders (DSM). The DSM has been criticised in the past for its apparent disregard for credible scientific substantiation when listing new psychological disorders. It has also been criticised for its many inclusions of 'mental illness' that are in fact just variations in the vast array of human behaviour and personality. For example, "Avoidant Personality Disorder" (click on DSM-IV) which is a defined mental illness within DSM-IV. This 'condition' is in fact otherwise known as shyness. This would be funny were it not for the fact that recommended 'treatments' include monoamine oxidase inhibitors or fluoxitene (prozac). Not so funny for a shy young person who has yet to develop confidence in life!

It seems we’re not alone in having difficulty coming to terms with our ‘illness’. Like us, others are finding this disorder a little challenging. We thought one reader’s comment summed it up:

“If you are NOT concerned about what you eat, you are obese, diabetic (pre-diabetic), asthmatic, or have allergies; you have high cholesterol, high blood pressure, high triglycerides; you have Syndrome X, Cancer, or heart disease...and luckily there are handy drugs for all of these conditions! High time there was a disease name for (and soon to follow) a drug and insurance coverage to treat "healthy eating disease". I can sleep so much better now!”