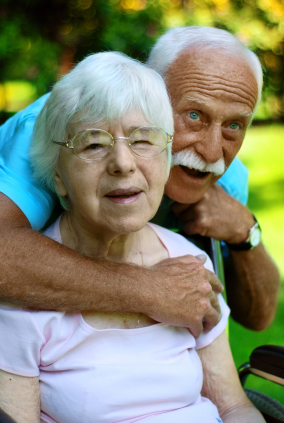 For those of us in the natural health field, any headline stating that B vitamins can help the brain, and be particularly useful for people with Alzheimer’s, certainly wouldn’t be considered ‘new’ or ‘ground-breaking’.  We are repeatedly told by the media and mainstream medicine that vitamins are bad for you and even downright dangerous at dosages higher than the recommended daily allowances (RDA).

That is until a study comes along with such overwhelmingly strong evidence that even the diehards worshipping at the feet of evidence-based medicine (EBM) have to capitulate.  So it is with the ‘new’ and ‘ground-breaking’ study conducted at Oxford University, UK, which found a staggering 53% improvement in 85 patients with brain shrinkage associated with 'mild cognitive impairment' (MCI) which, for many, precedes full-blown dementia and Alzheimer's disease. The drug's active constituents? You have it, the trio of good ol' B vitamins associated with lowering homocysteine: folic acid, B6 and B12.

Brain shrinkage or atrophy is a natural part of ageing, but it is known to be accelerated in people with MCI – a kind of memory loss and forgetfulness – and Alzheimer's.  As with cardiovascular disease, Alzheimer’s patients tend to also have especially high levels of an amino acid called homocysteine in their blood.  These B vitamins help reduce this age and disease related elevation, and the current research corroborates that high doses of B vitamins (including folic acid) can be particularly effective at lowering homocysteine levels.  The Oxford University study further demonstrated that the participants who had the highest homocysteine levels benefited the most from the treatment with high doses of B vitamins.

The study involved 168 volunteers in the area around Oxford (UK) who suffered MCI. They were divided into a treatment group who were either given the high dose B vitamins (85) or a control group who were given a dummy placebo pill (83).  Statistics show that approximately 50 percent of those with MCI develop Alzheimer’s disease within five years.

Professor David Smith, pharmacologist and co-author of the research published in the journal PLoS ONE, said the results were "immensely promising" and that "it is a very simple solution: you give someone some vitamins and you protect the brain".

The study is hailed as ‘controversial’ because it dares to suggest that simply taking vitamins can achieve results that have so far evaded the pharmaceutical companies, despite the millions of pounds being spent on experimental dementia drugs.

But why do we see a seemingly positive study now flood the media, with much the same vigour the negative studies do?

Let's remember, the positive news has come with a much-repeated rider that this result has only been achieved with ‘very high’ dosages such as those that should only be administered under the supervision of a doctor.  These are vitamins, not drugs!  The researchers have been very keen to keep stating that the dosages used are not what you would find in a typical health food store or pharmacy—perish the thought that consumers may take the initiative and go out and purchase B vitamins in a bid to prevent age-related memory loss!  And the reason for making sure you only take such high dose vitamins when prescribed by the doctor is, as always, that your doctor knows best and there is need for further research on the safety of B vitamins.  Let's not forget that vitamins are among the most well studied constituents of food!

So, ‘they’ tell us, whilst going down to your local health food store and buying folic acid, B6 and B12 is not recommended, the use of a patented pharmaceutical drug comprised of folic acid, B6 and B12, prescribed by your doctor is absolutely fine. Suddenly the EU’s draconian legislative regime for food supplements, combined with the upcoming proposals from the European Commission for potentially restrictive dosages, begins to make a whole lot more sense.

Given that many patents for some of the biggest earners of the pharma industry are due to expire in 2013, you can understand why knee-capping the natural health industry and then producing a range of patented vitamin and mineral ‘drugs’ begins to look like an appealing answer to profits on a downward spiral.

Let us introduce you to the drug TrioBe Plus® (manufactured by Meda AB/Recip AB, Sweden), which is already available in Sweden under medical supervision only. It's not yet avaialble in the UK and elsewhere in Europe, but it seems with this media fanfare, the ground is being prepared for a roll-out.

The table below represents the dosages in the product, and then shows how these doses compare with the European Recommended Daily Allowance (RDA) and the maximum levels of intake to guarantee safety, as established by the European Food Safety Authority (EFSA).

Apart from making a mockery of the paltry levels of the RDAs, it makes no sense whatsoever, as you'll see above, to be warning consumers of the dangers of these vitamins at levels such as we see in TrioBe Plus®.  Both the folic acid and B6 levels are 20% below the UL, with the super-safe vitamin B12 being a mere 2.5% of the UL.  Let’s remind ourselves that the ULs themselves contain large safety margins.

Also these dosages are very much in line with those used to great benefit in nutritional and functional medicine and may even be regarded as being a little on the low side.

Many of you may also have taken note of the forms of vitamins used in the TrioBe Plus®, as shown in the table above. The forms used are the cheapest ones available, and they tend to be either less bioavailable or less effective (or both) than the ones that could be used, as found in the higher end products found in health stores or sold by nutritional practitioners. The forms used are identical to those found in cheap vitamin and mineral products found in pharmacies and supermarkets, not only in Europe, but through most of the world. These forms are principally manufactured by pharma companies, the German giant Merck being the largest single producer of raw vitamin and mineral ingredients in Europe.

So what do we think is going on behind the scenes? It seems to us that a lot of effort is being put into scaring people away from the vitamins in health stores.  Now we see a clear effort to push people towards patented, drug versions that should only be taken under the supervision of conventional doctors. This is, in our view, central to the regulatory gameplan we are unfortunate enough to be experiencing, not only in Europe, but also in the USA and elsewhere in the world. The regulators, in cahoots with the pharma companies, appear to be trying very hard to take therapeutic use of natural products out of the hands of the consumer. They do this even (as we see with TrioBe Plus) when there is no risk to the consumer!

While they're doing this, they are also working in a very high gear to regulate all the best, most beneficial (read: therapeutic) products off the health store market. They are also silencing the industry by preventing health claims being made.

Quite simply, the drug companies want to corner the market with their patented vitamin drugs and prevent us from getting good products from anywhere else. You know the expression: if you can't beat them, join them?

And who's really being most manipulated here? It's us, the consumers! Awareness is our best hope. If people understand what is going on, they won't be manipulated. If people carry on sourcing their own vitamins — better quality vitamins — why should they feel that the pharma offering is superior? It isn't! Let's call a spade a spade!

This is some of the clearest evidence we’ve seen yet of the pharma gameplan when it comes to the food (dietary) supplement industry.  We hope this news is a call to action and we invite you to have a look at our Get Involved page and join our campaign. The pharma take-over bid for the natural health industry must be prevented as it’s only going to result in the dumbing down of products for cheaper and more inferior counterparts—products that many have come to rely on to maintain their health and wellbeing.

We leave you with an interesting titbit to ponder—the competing interests of Professor Smith, the paper's lead author, as declared on the paper published in PLoS ONE:

Competing interests: Dr. A. D. Smith is named as an inventor on two patents held by the University of Oxford on the use of folic acid to treat Alzheimer's disease (US6008221; US6127370); under the University's rules he could benefit financially if the patent is exploited. Drs. Refsum and A. D. Smith report having in the past received speaking honoraria from Recip AB, the company that donated the vitamin tablets, and from Axis-Shield, who make the equipment used to assay homocysteine. These competing interests do not alter the authors' adherence to all the PLoS ONE policies on sharing data and materials. None of the other authors have any financial disclosures.

Some links to the story as it appeared in the UK media:

Vitamin B is revolutionary new weapon against Alzheimer's Disease

Vitamin B ‘puts off Alzheimer’s’

Vitamin B supplements could delay onset of Alzheimer's, says study