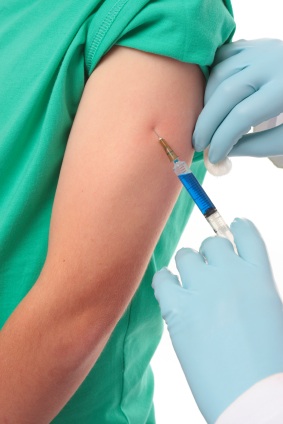 Do you want your unvaccinated child to be barred from school?&nbsp;&nbsp;&nbsp;

Do you want your unvaccinated child to be barred from school?

If you are a parent, and you have concerns over whether to have your offspring vaccinated with the triple measles–mumps–rubella (MMR) vaccine, you are “hysterical middle class parents”. You “still believe that MMR jabs cause autism”, despite there being “no evidence to support this theory”. If you are a mother, you must be wearing “a Cath Kidstone tea dress”, while all worried fathers are “in Boden cords”. You whisper conspiratorially to each other, presumably in the quieter reaches of Waitrose, “I’m opting out of the MMR jab. And you?”, hoping to avoid “the nasty poison the government wants to dole out”.

Recognise yourself? No, probably not, because it’s a childish caricature designed to get an emotional response. How an insulting, vicious and ill-researched article such as this even makes it into a leading British newspaper is a wonder of our age. It would take a long feature article to fully cover all of the distortions and inaccuracies that Ms Odone manages to cram into a short piece, so the following is a short summary of the most egregious examples.

Unvaccinated children should be excluded from school

Barring unvaccinated kids from school until they are vaccinated would be highly expensive, as the unvaccinated children would still need to be educated, but presumably in separate accommodation by extra teaching staff. Fortunately, this is hardly the kind of policy an austerity-minded UK government is likely to pursue. Of course, Ms Odone may believe that unvaccinated children forfeit the right to education as well. There is also the issue of whether it is ethical to force anyone, especially children, to be injected with a controversial substance against their wishes. Do UK citizens want to live in a country where the government dictates what is right for our children’s health, with no right to choose?

Since Ms Odone does not provide any references to scientific papers to back up her claim that “studies show there is no evidence to support [the theory that MMR jabs cause autism]”, we will have to guess which “evidence” she is relying on.

Several papers are often quoted in support of Ms Odone’s theory, and all have methodological problems or ethical issues or both. For example, a 2003 study published in the journal Pediatrics by Madsen et al, that found no link between the MMR vaccine and autism, changed its methodology part-way through to include outpatients, as well as the inpatients who were the original subject of the trial [1]. This, combined with a misrepresentation of the course of regressive autism, masked any association that might otherwise have been found. Oh, and did we mention the study was funded by the state-run Danish vaccine industry?

But maybe we’re being hasty and Ms Odone is referring to another study in her bulging scientific arsenal. Maybe it’s the UK paper by Andrews et al, published in Pediatrics again but this time in 2004. These authors got their calculations wrong by using the incorrect dose of thimerosal, the highly controversial and potentially hazardous mercury containing preservative in many vaccines. Also, as members of the Health Protection Agency, they were reviewing a policy they had helped to design themselves – so the paper should not even be considered valid [2].

For further detail on these and other examples, please visit the MMR Vaccine page of this website – click on the sub-heading ‘The official line: Vaccine–autism link disproved’.

Andrew Wakefield discredited and struck off

True, the UK’s General Medical Council did find Dr Wakefield guilty of misconduct and struck him from the medical register. However, this was after risible proceedings that amounted to little more than a kangaroo court. Our coverage of this travesty in the ANH Feature: The longest witch-hunt in UK medical history draws to a close, covers this in detail, and includes the pertinent quote: “The GMC chose to ignore the 1995 ethical approval and substitute a 1996 approval, allowing them to reach the findings they did – a blatant disregard for justice. They also insisted that ‘pervasive developmental disorder’ was not the same as autism spectrum disorders which of course it is; and that only children who had had the measles or measles/rubella vaccine should have been admitted onto the project, not those who had had the MMR. The hearing moved the goalposts so that the doctors had no chance of overturning the serious charges against them.”

Ms Odone speaks as if the concept of ‘herd immunity’ is a universally recognised truth and is applicable to vaccination. It is not; it is merely a theory that has been used to suggest that vaccinating a certain proportion of the population will prevent resurgence of the disease being vaccinated against, even among those who cannot receive vaccines. It is an alluring theory, but a theory it remains. In fact, the original basis for herd immunity was not related to vaccination at all. Statisticians noted a protective effect on the population when sufficiently high numbers of people contracted the wild form of the disease, and subsequently acquired immunity for life as the body naturally produced antibodies following exposure. While the same may or may not be true of particular vaccines, which most certainly do not always work and offer protection that wanes over time, it is deeply misleading to suggest that the research is ‘done and dusted’.

Bear in mind that Ms Odone has form on the topic of childhood vaccination, having previously published an article along similar lines in another major British newspaper, The Times, entitled ‘White, middle-class, loving mums. And their stupidity could kill your child’ – so at least we should be thankful that she’s mellowed from thinking all vaccine questioners are mentally deficient child murderers!

One final point. Ms Odone is a former editor of the Catholic Herald. I find it somewhat ironic that one who believes in an almighty Creator should believe also that a serious error was made when the immune system was assembled in the Garden of Eden. Was the immune system so weak and imperfect that it requires every child to be forced, by law, to receive vaccinations to right the fundamental design flaw? But, irrespective of her religious beliefs, Ms Odone’s position on vaccination is consistent. She wears another hat as a Research Fellow for a centre-right think tank which believes that the concept of personal liberty does not extend to freedom from the state’s vaccination mandate. Without a doubt, Ms Odone is a vaccination protagonist par excellence. One wonders if she might have had a free lunch or two?

ANH International upholds that it is the right of everyone to make an informed choice as to whether they or their children receive all, some or none of the many vaccines available on today’s massive schedules. Parents are simply not made aware that not a single study has ever been conducted on the combined effects of all the scheduled vaccines. Worse than this, most parents are told that vaccines have been proven to be safe! This is simply untrue and it is a travesty that such mistruths become accepted simply by repetition and blind support by certain sectors of society. We say: do the research, read the evidence, ask the experts and make an informed choice. Just don’t let shrill propagandists like Ms Odone sway your decision.

[2] Andrews N, Miller E, Grant A et al. Thimerosal Exposure in Infants and Developmental Disorders: a retrospective cohort study in the United Kingdom does not support a causal association. Pediatrics 2004;114:584-591.