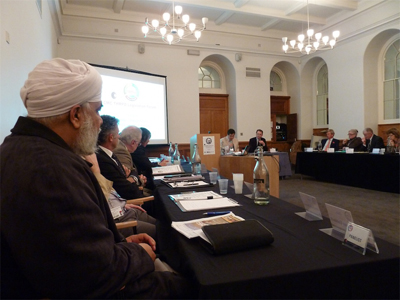 LONDON, 15 November 2010. At a poll held at a meeting of UK stakeholders representing non-European traditional medical systems, including traditional Chinese medicine (TCM) and Ayurveda, the majority considered an EU directive on herbal medicine to be discriminatory of their tradition. In the same poll, 76% considered that the EU directive was unfair, unsuitable and in need of amendment. The attendees agreed to form a united working group to deal with changes resulting from the new legislation.

Held at University College London’s Old Refectory on Friday 12 November, 2010, the meeting was organised by the UK Chinese Medicine Council (CMC) and chaired by Professor Man Fong Mei of the CMC and David Tredinnick MP, chairman of the UK Parliamentary Group for Complementary and Integrated Healthcare. 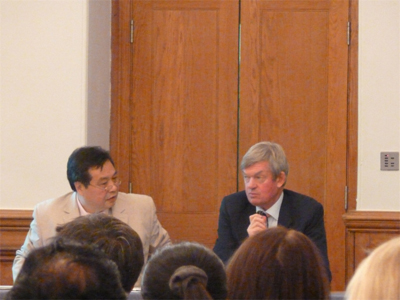 The meeting brought together the government and a panel representing various professional organisations to discuss the impact of the THMPD on the herbal medicine sector in the UK. The government was represented by Richard Woodfield of the Medicines and Healthcare products Regulatory Agency (MHRA), the competent authority responsible for implementation of the THMPD in the United Kingdom. 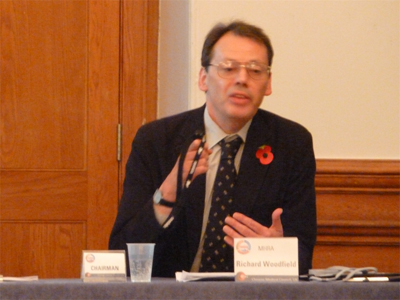 Richard Woodfield of the MHRA

The THMPD (Directive 2004/24/EC) was intended to provide a simplified registration process for traditional herbal medicines sold ‘over the counter’ (OTC), rather than following a practitioner consultation. Since the THMPD came into force in 2004, not a single Asian herbal medicinal product has been registered under the scheme. We are nearing the end of the 7-year transition period, meaning that all unregistered products will become illegal when the transition phase ends on 1 May 2011.

The poll taken following the discussion revealed significant audience concerns about many aspects of the THMPD. The audience was split over whether the THMPD would protect public health and whether its impact would be in line with the public health risks posed by unregulated herbal medicine. However, the audience felt strongly that the present form of the THMPD is not only unfair and unsuitable for herbal medicines in general, but also discriminates against non-European herbal traditions. Accordingly, a large majority of attendees think changes to the THMPD would benefit their sector, and considered the current legislation a threat to public health and freedom of choice. The audience agreed to form a united working group in response to the negative impact of the THMPD, which would aim to influence decision-making EU-wide.

MHRA: “no issues” with THMPD

Several panelists – including Dr Robert Verkerk of ANH-Intl and Chris Dhaenens of European Benefyt Association – identified the THMPD’s highly strict and inappropriate quality-control (QC) requirements for herbal products as being key to the low number of registrations. Dr Verkerk emphasised that the requirements do not guarantee product safety, contrary to the regulators’ assertions. Different measures could be employed that would better ensure safety and significantly improve access to the registration scheme. 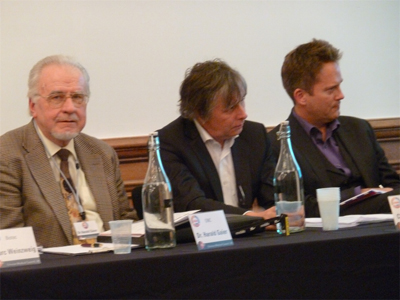 Mr Woodfield acknowledged the low rate of applications, but also said that he did not see any imminent change in the QC regime. The MHRA’s view is that there are “no issues” with QC guidelines that are “relevant and of interest”. Mr Woodfield said that the MHRA would do all in its power to facilitate the registration process for the small- and medium-sized enterprises that supply herbal medicinal products, and it foresees a rise in registrations before 1 May 2011. However, Mr Woodfield admitted that all of the registrations issued so far, and those pending, are for herbal products of European traditions.

Mr Woodfield described the THMPD enforcement regime proposed by the MHRA as “reasonable, proportionate and accurate”. In response to a query from Dr Verkerk, he said that the MHRA would not follow the Irish lead by imposing a ‘negative list’ of herbal ingredients, which would see all products containing the listed ingredients become illegal. The MHRA would proceed on a case-by-case basis, he said.

The next step: judicial review of the THMPD

It is obvious from this meeting that the MHRA sees no problem with the THMPD and its effects on the practice of non-EU herbal medicine in the UK. We at ANH-Intl find it difficult to reconcile this view with the total lack of THMPD registrations to date in the UK!

ANH-Intl and the European Benefyt Foundation propose a three-pronged strategy to safeguard the practice of herbal medicine in the EU. You can view the full strategy, but the most urgent part of the strategy is judicial review of the THMPD. If no-one – not the government, not the MHRA and not the European Parliament – will take the concerns of the herbal medicine sector seriously, legal action is the only realistic way forward.

We urgently require your help in whatever form you can offer it, whether as donations, time or skills. Please click through to the Donations page for more details on how to get involved.