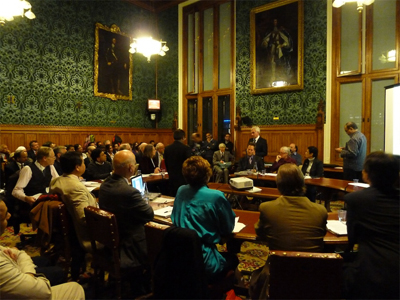 MPs pledge support for campaign to save herbal medicine

A packed meeting at the UK House of Lords, organised by the pro-Ayurveda campaign group Save Herbal Medicine, received promises of continued support and assistance from several Lords and MPs. The distinguished speakers highlighted many encouraging signs for complementary and alternative medicine (CAM), but cautioned that the campaign against the Traditional Herbal Medicinal Products Directive (THMPD) is entering its most critical phase.

The meeting followed hot on the heels of the recent Chinese Medicine Council Forum at University College London. Lord King of West Bromwich and Amarjeet-Singh Bhamra, organiser of the Save Herbal Medicine campaign, chaired the meeting. Speakers – including several MPs and Lords, ANH-Intl’s Dr Robert Verkerk and representatives of various practitioner organisations, regulatory bodies and research institutions – addressed a full Committee Room 3 on all aspects of the THMPD legislation and its future impacts.

The campaign received extremely strong support from the parliamentarians present, who included long-standing CAM supporter and MP for Bosworth David Tredinnick, Lord King, Lord Dholakia, Lord Hankey, Keith Vaz MP, Paul Uppal MP and John McDonnell MP. Each of them pledged to support a parliamentary campaign on the issue, and to do whatever it takes to ensure the continued supply of herbal medicinal products in the UK. 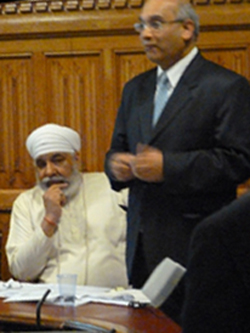 The THMPD (Directive 2004/24/EC) was intended to provide a simplified registration process for traditional herbal medicines sold ‘over the counter’ (OTC), rather than following consultation with a practitioner. Since the Directive came into force in 2004, a not a single herbal medicinal product associated with any of the diverse non-European traditional medicine systems, such as Ayurveda, traditional Chinese medicine (TCM) or Tibetan medicine, has been registered under the scheme. When the 7-year transition period ends on 30 April 2011, all unregistered products will become illegal.

There was universal agreement among speakers and audience that the THMPD is not up to the job of regulating holistic, non-European systems of traditional medicine. Dr Robert Verkerk gave a detailed presentation designed to clear up the misinformation that surrounds the whole issue of EU regulation and the THMPD in particular. "There is a huge disconnect," he said, "between the original intention of the Directive as voted through by MEPs in 2004 and its subsequent interpretation and implementation." The result is a pitifully low number of registrations issued EU-wide for traditional herbal medicines, with only a measly 30 plant species currently included in registered products. To put this figure in context, just the two traditions of Ayurveda and TCM use around 1500 plant species! 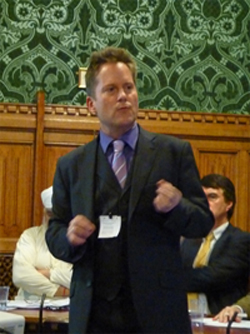 Mr Tredinnick sounded a note of optimism by pointing out that coalition government plans to put GPs in charge of commissioning NHS services will require increased use of CAM, in order to manage their budgets effectively. Recent public debates among medical students at the University of Cork and University College London have seen anti-CAM motions roundly defeated, he continued, and public opinion is more strongly than ever behind non-orthodox forms of medicine. The omens are looking good for the THMPD campaign and CAM in general.

Speakers from professional organisations representing herbal medicine emphasised the depth and history of herbal medicinal traditions. Ayurveda, for example, is the oldest known system of medicine, which stretches back over 4000 years and encompasses not just herbs, but massage, yoga, breathing and lifestyle aspects. They were consistent in calling for government (statutory) regulation of herbal practitioners to safeguard their ability to prescribe directly to their patients. Statutory regulation has been on the table a long time and, according to many, is long overdue. 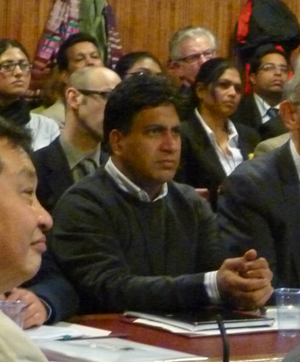 However, statutory regulation must be handled correctly. Some herbal practitioners are concerned that highly experienced herbalists could be prevented from practising, or that the regulations will not guarantee a high standard of expertise. Mr Tredinnick, however, said that he was “certain” that statutory regulation would happen some time in 2011, creating a linkage with European medicines law allowing “authorised healthcare professionals” to use unlicensed drugs – in this case, herbal medicines – approved by Member State governments. 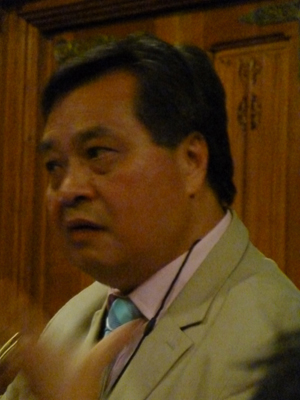 Given the incredibly rich tapestry of herbal medicinal traditions, and their potential to benefit all of humankind in harmony with nature and spirit, most attendees found it almost inconceivable that they could be under threat. Yet this threat, particularly against non-European herbal medicinal cultures, has never been more real.

Dr Verkerk’s presentation outlined the ANH-Intl strategy that is headed in the short term by judicial review of the THMPD. Our legal advice tells us that we have strong grounds for a legal challenge. 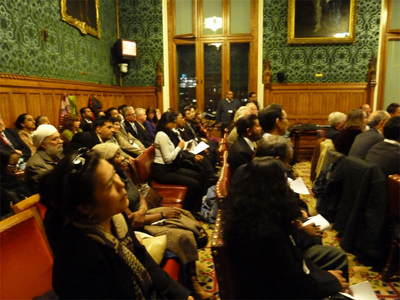 Further support came from James Dean, a barrister at the House of Lords meeting, who welcomed news of the judicial review.

After such a positive meeting, the ANH is moving forward with ever-greater commitment and enthusiasm for the cause. But, as always, we need your help! Please click through to our Donate page for more details of how to get involved.

Our interaction with plants precedes even the evolution of our species. It is one of the most fundamental interactions relevant to our physical existence and is crucial to our health, fitness and wellbeing. Modern agricultural and food processing techniques are progressively simplifying our diets, and our bodies are increasingly succumbing to complex metabolic disorders. Herbal medicine provides one of the most efficacious, cost-effective and safe solutions.

We owe it not only to ourselves to preserve herbal medicine, but also to future generations. We urge you to give whatever you can, whether money, time, or skills.