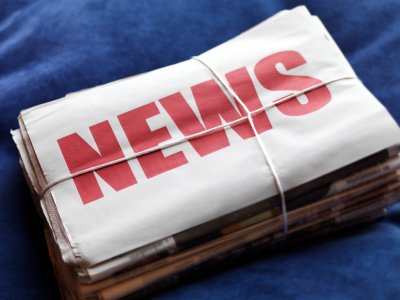 Welcome to 2011 from all of us at ANH-Intl! We hope you had a wonderful holiday, wherever you are, and that 2011 brings you everything that you are wishing for.

From our point of view, this year has started with a bang. On 30 December 2010, the UK’s Independent newspaper published an article by Jeremy Laurance on the threat to herbal medicines posed by EC Directive 2004/24/EC, the Traditional Herbal Medicinal Products Directive (THMPD). The Independent is a widely read, highly respected mainstream publication in the UK – and the story made front-page headlines! It included key information and direct quotations from Dr Robert Verkerk, ANH-Intl Executive & Scientific Director, and has gone a long way to raising awareness about the plight of traditional herbal medicines in Europe. The story has since been picked up by hundreds of websites across the UK and beyond, thus ensuring an even greater public profile.

In our opinion, as beneficial as the story was, it still contained one or two factual inaccuracies that were a little misleading the reader. It failed to point out that ANH-Intl is taking the THMPD to judicial review this year, and did not make the distinction that the THMPD only applies to over-the-counter remedies for treatment of minor, self-limiting ailments without practitioner supervision. But overall, it was a good summary of the situation that put the threat to herbal medicines in the UK and across the EU firmly on the map. Most of the 700+ comments below the article decry the effect of the THMPD.

Now that the THMPD is mainstream news, we look forward to follow-up stories elsewhere in the media. Not wasting any time, the UK’s Daily Mail ran a short online piece in the evening of 30 December. This was not the best or most accurate article we have ever read, but it’s a sign that the issue is now on the UK media radar. We look forward to better-informed articles by the Daily Mail and others in future.

In all, this is the best start to 2011 that we could have hoped for! We now need to keep the momentum going. Those of our supporters who enjoy writing letters might like to consider contacting UK newspapers and other media, to see whether they intend running pieces of their own. The Independent and Mr Laurance would surely appreciate some congratulatory messages on their forward-looking stance. The threat posed by the THMPD is now a truly national issue in the UK, so let’s seize this opportunity to raise its profile even further.