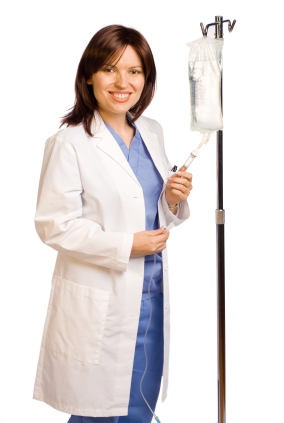 FDA begins campaign against another cheap and effective treatment

It is well known that vitamin C, or ascorbic acid, is a powerful antioxidant. Millions of people take additional vitamin C every day, in addition to what they already get in fresh foods like citrus or broccoli. It’s one of the most popular vitamin supplements, its many users relying on it to help them maintain health and particularly to ward off bacterial and viral diseases like the common cold and influenza. Decades of research by scientists such as Carl Pfeiffer and Abram Hoffer showed that high-dose vitamin C is an excellent treatment for conditions that are beyond the reach of conventional therapy, such as hepatitis and tuberculosis. Importantly, many orthomolecular practitioners use intravenous vitamin C (IV C) on cancer patients, and there have been reported cases of cancer seemingly being cured by IV C. Another success story for IV C is the case of Allan Smith in New Zealand, a dairy farmer whose family were told to switch off his life support machine when he got a severe case of swine flu. After being so close to death, and having everyone but his family give up on him, he is now known in his local area as the 'miracle man'. So why has the Food and Drug Administration (FDA) in the USA suddenly decided that IV C is an “unapproved drug”, thereby adding new restrictions to its production?

Our American colleagues at ANH-USA were the first to break this story. In short, the FDA’s position is that IV C is an unapproved drug: despite its long history of availability in the USA, no company has ever taken it through the drug registration process. Neither, according to the FDA, is IV C exempt from unapproved drug legislation via a process known as ‘grandfathering’.

The FDA views as a drug any substance administered to patients directly into the circulatory system via a drip, such as IV C, since this process cannot be managed without a healthcare professional. When a new piece of legislation affecting pharmaceuticals is enacted in the USA, it is common procedure for products affected by that legislation and already on the market to be exempted from the new laws. Such ‘grandfathering’ of products ensures that new legislation does not apply retrospectively. The FDA has written to McGuff Pharmaceuticals, one of three manufacturers of IV C in the USA, telling them that their IV C is an unapproved new drug and that it is not exempt from unapproved drug legislation. According to the FDA letter, McGuff must “discontinue manufacturing and distributing all of [its] unapproved drugs at all facilities immediately”. The FDA has also confirmed that its reasons for going after McGuff are not specific to that firm, and apply equally to all companies manufacturing IV C.

There are two ways of looking at this worrying situation. On the one hand, the FDA has so far only gone after one of three manufacturers of IV C, so its actions do not come close to preventing access to IV C. Not only that, but compounding pharmacies are still free to produce IV C. And, as ANH-USA point out, “Although IV C alone has not been approved as a new drug, it is a component of other drugs which have already been approved…IV C can arguably continue to be made by compounding pharmacies even if the FDA targets the remaining manufacturers of IV C”. No companies other than McGuff have yet been sent a warning letter on IV C, so the FDA may be testing the waters with McGuff – if they intend to target additional businesses at all.

On the other hand, this could represent the first salvo by the FDA against an established, effective and inexpensive non-orthodox treatment being used in cancer patients as well as for other conditions. The FDA could quite easily decide to expand its campaign against IV C by pursuing the other manufacturers of IV C and the compounding pharmacies as well. In our view and that of thousands of others, it would be a tragedy if access to IV C were prevented in the USA. Yet another effective natural therapy, used in very serious conditions such as cancer and heart disease, would be consigned to the bulging “suppressed by the medical establishment” cupboard. Even more unfortunate cancer and heart disease patients would be denied the possibility of an additional therapy – in certain cases, some would say, even a cure – in favour of often ineffective and certainly harmful pharmaceutical options like chemotherapy.

In this case, it would be a particularly vicious move from the FDA, since vitamin C is caught in a Catch-22 situation. As a natural substance, it cannot be patented, so there is no financial incentive for the pharma companies to get involved and market their own, more expensive version; and there is little money available to pay for the onerous clinical and safety studies that would be required before IV C could be approved as a new drug. Although some small studies are ongoing, more and larger trials are needed. Thus, IV C would effectively be lost forever, without even the small consolation offered by a pharma version.

As we have pointed out before, regulatory agencies worldwide appear to be working increasingly closely together, so we can expect something similar in Europe if the FDA does indeed want to get rid of IV C – especially if it is successful. At the moment, it looks fairly promising that the FDA will not attempt to further restrict access to IV C, but rest assured that ANH will continue to keep you informed, whichever side of the pond you reside.