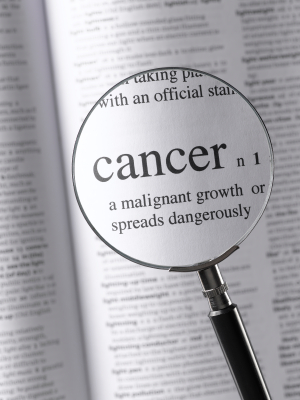 At the end of 2010, an interesting piece of information was published that seems to have been lost like so much driftwood among the usual end-of-year list-making, celebrity tittle-tattle, desperate advertising and commercialised nostalgia. The timing may have been fortunate for the UK cancer industry, since The Lancet study in question shows clearly that the medical strategy for treating this dreaded disease simply isn’t working.

Data from cancer registries in six countries – the UK (excluding Scotland), Australia, Canada, Denmark, Norway and Sweden – were examined for the period 1995–2007. All of these other countries have ‘well-developed’, universal healthcare systems that, although not identical to the UK National Health Service, are certainly comparable. The authors estimated 1-year and 5-year survival rates for primary colorectal, lung, breast and ovarian cancer. The results are interesting for several reasons.

Firstly, UK 5-year survival rates in the most recent period studied, 2005–2007, were the lowest of all of the countries surveyed for all but one of the cancers examined. The difference exceeded 10% in some cases: for the comparison between the UK and both Australia and Canada’s 5-year survival rates for colorectal cancer, for example, or between 5-year lung cancer survival rates in the UK and both Sweden and Canada. The exception was ovarian cancer, where the UK survival rate of 36.4% was higher than that for the Victoria, Australia registry (34.2%), the Manitoba, Canada registry (28.8%) and the Danish registry (36.1%).

Secondly, the UK incidence of these four cancers combined is toward the top of the range for the countries studied. Using World Bank figures for mean population, the figure is 2.4% in the UK, which is very similar to Norway (2.5%) and Denmark (2.4%), but considerably higher than Australia (1.3%) or Canada (1.5%). Sweden has by far the lowest combined incidence of these four cancers, at 0.79%.

Thirdly, UK survival rates for colorectal, lung, breast and ovarian cancer have undoubtedly increased year-on-year between 1995 and 2007, but the increases are minimal in real terms. For both 1-year and 5-year survival rates, the largest increases were in the order of 5%, and many increases were considerably lower.

Briefly, then, this study shows that the UK’s cancer strategy has resulted in very little real improvement in survival from four major cancers over a 12-year period, at the end of which the UK lags well behind the countries chosen for comparison. And one wonders just how much of these survival differences – as well as the UK’s unfavourable cancer incidence statistics – are caused by bad diet and poor cancer prevention strategies? As a small thought experiment to illustrate the point, compare the average Swede’s diet and lifestyle with the average Brit’s.

Whatever the reasons, the UK’s lack of success in managing these common cancers occurs against a background of breathtaking amounts of money spent on cancer. In 2010, the UK cancer spend was £6.3 billion, which excludes money spent by pharmaceutical companies on research and development or marketing of new cancer drugs.

Of course, one of the mainstays of cancer treatment is chemotherapy, a treatment seemingly rooted in the 18th and 19th century concept of ‘heroic’ medicine. This approach accepts that the therapy poisons the body in the hope that the cancer will be killed before the patient. Since chemotherapy contributes only around 2% to the 5-year survival figures [1], we wonder whether it’s time to admit that, by and large, chemotherapy is no longer acceptable. It simply doesn’t pass muster when it comes to the evidence base, being both too ineffective and too dangerous. In time, it could well be regarded as one of the more barbaric chapters in allopathic medicine.

How else could the UK improve its cancer survival figures and reduce its cancer spend? Well, it could start by doing some open-minded research into so-called ‘alternative’ cancer treatments, such as those involving rebalancing the body using various combinations of foods, herbs, vitamins, minerals and bio-energies. Injectable vitamin C is the latest such therapy to fall foul of the establishment in the USA.

Most of these treatments have been, and continue to be, suppressed by the medical establishment, in order both to prevent positive case histories from becoming public and to block the undertaking of thorough research into the evidence. Unfortunately, this is probably because these therapies are all massively cheaper and more effective than the current cancer ‘racket’, which spends billions on treatments that are ineffective at best, and often cause horrendous side effects.

Cancer is a misunderstood condition

Most fundamentally, cancer appears to be a misunderstood disease: it is rare in allopathic circles to find people who recognise the development of tumours within the body as an expression of a fundamental imbalance. Cancer is more often seen in the mould of an infectious disease that needs to be poisoned with chemicals or radiation, or needs to be cut out of the body.

Thankfully, more and more people are questioning whether a cocktail of cytotoxic drugs and radioactivity is the best way to manage cancer. This study may, in the long run, prove to be a small nail in the coffin of the short-sighted cancer policy adopted in the UK and many other western countries.