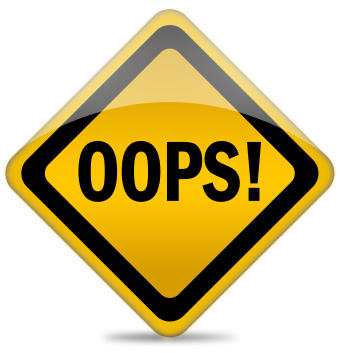 The ‘shifting sands’ of European Union (EU) legislation affecting herbal products sold within the EU is, we admit, a complex area. Full implementation of the Traditional Herbal Medicinal Products Directive (THMPD), and the simultaneous narrowing of national food supplement regimes, now threatens the very existence and practice of non-European traditions of medicine, such as Ayurveda and traditional Chinese medicine (TCM), in the EU. This is despite their use by millions of people in the EU’s 27 Member States. The THMPD and its implementation intersect with several other aspects of EU legislation, such as the Novel Foods Regulation, the Nutrition and Health Claims Regulation and the Food Supplements Directive. Add to that a collection of vested interests loudly proclaiming the THMPD as the best thing since sliced bread, arrayed against opposing voices in the natural healthcare industry that include consumers, practitioners, retailers, manufacturers and campaigners – not to mention the rogue opinions of professional skeptics – and it’s no wonder that the media often struggle to get the true picture across.

The struggle to Express the truth

Sometimes, though, they really don’t struggle hard enough. A story in a UK tabloid newspaper, the Daily Express, published on Tuesday 12th April was so biased and inaccurate that we felt compelled to respond. You can read the article and our comment here, and below are some extracts from the story next to our corresponding points. What is truly surprising about the article is not simply the inaccuracy and lazy journalism involved – that’s almost par for the course with UK newspapers these days – but the fact that the Express is simultaneously running a noisy campaign to get the UK out of the EU. It seems to us that a story about a piece of legislation so fundamentally broken as the THMPD would be a gift to the Daily Express’ anti-EU campaign. But as you will see below, the paper really missed the boat on this one.

Daily Express: “Richard Woodfield of the MHRA [Medicines and Healthcare products Regulatory Agency] says: “We are aware of the criticism that this is giving credibility to products that may not have proof of efficacy.”  However he adds: “There are lots of herbal medicines with only partial evidence of efficacy. The consumer is perfectly able to decide for themselves whether or not they wish to take them.”

ANH-Intl comment: Richard Woodfield is being rather disingenuous here. He has clearly felt the sting of the professional skeptic campaigners like Professor David Colquhoun, pharmacologist at University College London. But, let’s face it, a similar gripe could be made about conventional medical treatments: only around 11% are currently known to be of benefit. But Mr Woodfield fails to tell readers that the choice to take herbal medicines is being limited dramatically, as a result of policies he is responsible for implementing – these policies having their origins in Brussels. Literally hundreds of herbal products that were previously exempted from medicinal licensing in the UK will now be lost, because they are not eligible for a traditional herbal registration (THR) under the THMPD’s ‘simplified’ medicinal licensing scheme. Others, that have been sold as food supplements, will also be caught because these products are viewed as medicinal by Mr Woodfield and his colleagues at the MHRA.  When this happens, products effectively ‘fall between two stools’ of legislation.  Without a regulatory scheme to be sold under, the products effectively become illegal and will disappear from shelves, possibly forever.

Daily Express: “To get [a THR], the manufacturer has to prove the herb has been used for the condition for at least 30 years and for at least 15 years in the EU, that it is made to strict standards and contains a consistent and clearly marked dose… Unlike licensed medicines, manufacturers of herbal medicines do not have to prove their products work…Nine out of 10 people will read ‘traditional use’ as ‘it works’ [says Professor David Colquhoun]”.

ANH-Intl comment:  The article takes issue with the replacement of formal efficacy standards with the traditional use requirement.  This should actually be a good thing: as Professor Elizabeth Williamson, director of practice at the School of Pharmacy at Reading University, later points out, the smaller and medium-sized companies making herbal medicines cannot afford full clinical trials. Also, there are hundreds – even thousands – of years of clinical experience with these herbs and various, often complex, combinations of them, that attest to their effectiveness. But even if a product has been used for hundreds of years worldwide, if it hasn’t been used for 15 years in the EU, it is ineligible for THR as a matter of law!  New combinations of herbs that may have been used for centuries or even millennia also fall foul of this aspect of the THMPD.

The article has numerous comments from Mr Woodfield and Professor Colquhoun, the quintessential professional skeptic of natural medicine and avid promoter of pharmaceutical medicine. But in the Express’ piece, balancing voices from, say, an herbalist or someone involved in the natural healthcare sector, are conspicuously absent. Professor Williams’ seeming defence of herbal medicines, “They are not totally untested. Some herbs do have clinical evidence to support them”, merely furthers the myth of ‘evidence-based medicine’ that randomised, controlled clinical trials (RCTs) are the only reliable tool by which effectiveness of treatments can be measured. If this were the case, let’s stop eating fruit and vegetables, and reducing our salt intake, because the health benefits of both these dietary approaches have never been demonstrated by RCTs…isn’t it odd that both are incorporated into government dietary advice issued by virtually every health authority around the world?

The safety and quality control requirements of the THMPD have themselves been derived from the world of pharmaceutical drugs.  The vast majority of drugs are based on highly purified, synthetic, new-to-nature chemical structures. They usually contain only one or very limited numbers of active molecules, plus a number of excipients or carriers, which may include synthetic polymers, preservatives, artificial colours and the like.  Herbal products, especially those from long-standing, non-European traditions, that are comprised of whole-plant materials are complex mixtures of hundreds of chemicals working together synergistically.  Square peg – round hole.  Worse, such ill-fitting standards do not guarantee public safety, especially since people wishing to buy their now-illegal herbal products will inevitably resort to the Internet, which is unregulated and will continue to be exploited by less-than-scrupulous operators.

The products that have been approved under the THMPD are, for the most part, not even what many of us would regard as ‘true’ herbal products.  They are alcohol or acetone (nail-polish remover) extracts, stabilised in a pharmaceutical base that can include artificial polymers and many other additives.  Very few contain whole-herb material and most herbalists would not regard these products as authentic to long-standing traditions of herbalism. They are effectively spin-offs from the comparatively new, 20th-century, phytopharmaceutical industry that has its roots in Germany, alongside the conventional pharmaceutical industry.  It comes as no surprise, then, that many retailers are refusing to stock the THR-approved products. They see the products as being of insufficient quality, both from the standpoint of effectiveness and because of the artificial ingredients they contain. These retailers anticipate that many of their customers would not want to spend their hard-earned money on such products.

Daily Express: “So far around 100 registrations have been approved and there will be no shortage of popular herbs such as echinacea, St John’s Wort and milk thistle…[approved herbs] include valerian, devil’s claw, saw palmetto, pelargonium, sage, black cohosh, agnus castus, feverfew, rhodiola, passiflora and arnica…Campaigners from the Alliance for Natural Health argue the new rules could effectively steam-roller ancient medicine cultures such as Ayurveda out of existence.”

ANH-Intl comment: The article gives the strong impression that plenty of herbal medicines are being registered, and that very few will disappear from 1st May.  Yes, over 100 registrations have been issued by the MHRA; but this only represents 37 plant species, almost entirely plants associated with European (especially German) traditions.  Not only that, but around 30% of the registered products are different formulations of just two herbs, valerian and Echinacea, and the vast majority are single herbs not combinations, with 90% not including any whole plant material! Ayurveda and TCM use, between them, over 1500 plant species, so the number of UK registrations is a drop in the ocean.  But even worse, no registrations at all have been granted for authentic TCM or Ayurvedic products, or indeed any products from any other non-European traditional system of medicine.  Ancient medicinal cultures are indeed in danger of being “steam-rollered out of existence”, and sell-through of herbal products held in stock and purchased by retailers before 30th April 2011 will only delay the pain. Cynically, it seems quite a clever way of avoiding a consumer revolution on 1st May.

Daily Express: “Aren’t [herbal medicines] safer than prescription drugs? No and that’s one of the reasons the changes were made. If a medicine works, there is also the potential for side effects and drug interactions.”

ANH-Intl comment:  To say without any supporting evidence that herbs are no safer than prescription drugs defies belief.  Year after year, the annual report of the American Association of Poison Control Centers reveals no deaths from herbal medicines, while the FDA’s own Adverse Event Reporting System shows nearly 64,000 deaths attributed to orthodox medicines in 2009 alone. This hanging comment by the Express is simply absurd.

An odd way to run a campaign

It’s very strange that a paper so loudly anti-EU as the Daily Express should fail to mention that the THMPD was born in the EU and is being foisted on the UK by Brussels. Not only that, but it being eagerly being accepted by the UK medicines regulators at the MHRA, who have a reputation as some of the keenest and most accurate enforcers of European laws. In fact, the article does not at any point even give the Directive its full name! It is also a shame that the paper failed to find space to mention that ANH-Intl and the European Benefyt Foundation are preparing to initiate judicial review proceedings with a view toward protecting availability of herbal products in the EU.

Why no comments from the author about the hundreds of small- to medium-sized UK companies that will be hit hard by the changing regulatory status for herbal products, some to the extent of going out of business?  All of this coming at a time when businesses need all the help they can get to survive.  Why no outrage over the EU’s decision to deprive consumers of their fundamental rights to choose how to manage their own health?  These are vital issues that the Daily Express could and should be covering, but they get nary a mention in this piece. It seems the paper could do with some joined-up thinking, not to mention some guidance on how to write a fair and balanced article on an issue of critical importance to millions of people in the UK and beyond.