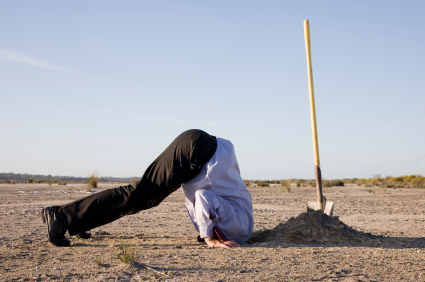 In January this year, we brought you news of US diplomatic concerns over the EU’s reluctance to accept genetically modified organisms (GMO), courtesy of Wikileaks. After that, the story went quiet.

Today, however, comes a reminder that most of the decisions that affect our lives are made by grey men behind closed doors, in secret and with no accountability.  A switched-on Spanish Member of the European Parliament (MEP), Mr Raül Romeva i Rueda, asked the following written question: “According to a report published in El Pais on 19 December 2010, cables published by Wikileaks show that Spain asked the United States to put pressure on Brussels to support GMOs…the US and Spanish governments [agreed] to support GMOs and…sided with Monsanto against positions adopted by the Commission…the Spanish Secretary of State for Rural Affairs and Water, Josep Puxeu, asked the US Government to maintain pressure on Brussels to keep the option of agricultural biotechnology open to Member States and asked the US Government to join forces with Spain on this initiative…According to one of the Washington cables…Spain was intending to vote in favour of importing three varieties of transgenic corn at an EU meeting…although it warned that the proposals were unlikely to be approved by the EU.

Move along, please, nothing to see here

In reply, Commissioner John Dalli revealed his utter contempt for any concept of transparency or democratic process, for MEPs themselves and, worst of all, for the people supposedly represented by the European Commission.

“1 and 4. The Commission supports a strong degree of transparency for all public bodies and far-reaching access to information for citizens.”  This sounds wonderful! Carry on, please, Mr Dalli. How do you propose to ensure these lofty ideals?

“At the same time, it is also clear that there is information — be it of a private, commercial, legal or other nature — which by its very nature is sensitive and cannot be accessible to the wider public.”  Hmmm…this begins to sound suspiciously like the claims of “commercial confidentiality” used so often by politicians and businessmen to avoid answering awkward questions. But it would be unfair to prejudge Mr Dalli until we’ve read his entire statement.

“This is why the Commission refuses to comment on the specific information mentioned by the Honourable Member.”  **THUMP!** That was the sound of our collective jaw smacking heavily onto the thinly carpeted ANH office floor.  How can anyone make this statement with a straight face?  On the one hand, promising transparency and openness of government, while at the exact same time refusing point-blank to answer a question that goes to the very heart of EU governance!

The rest of Commissioner Dalli's answer was given in his usual style of robotic bureaucratic bleeping, which basically said that there’s nothing to worry about and that the European Food Safety Authority (EFSA) has everything under control.  But as he points out, EFSA “has concluded that no unacceptable risks to the environment or human health are likely to appear” due to GMOs, so we can all rest easy in our beds.  Or maybe not.  All of these furtive political dealings, where the US government colludes with, or strong-arms, EU Member States to work against the clearly expressed wishes of their peoples by introducing GMOs, are for our benefit.  Thank you for rescuing us poor plebs from our own stupidity, Mr Dalli!

It is now clearer than ever, to anyone who takes the time to look into the matter, that governments within and without the EU are working together to push for the widespread adoption of GMOs in the EU.  If Commissoner Dalli thinks he can simply swat the issue away like an errant insect, he is sorely mistaken.  More and more MEPs will now join the search for answers, and now is the time for EU citizens to redouble the pressure on their MEPs to get involved.  A light is being shone into the shady corners of GMO backroom deals, so let’s work together to throw those windows wide open.

Our call to action

European citizens, please write to your MEP now (find your MEP here), and tell him or her that you are deeply concerned about Commissioner Dalli’s stance on GMOs, as well as his lack of transparency, and the pressure your national government is now under to cultivate GM crops.  In your own words, you can say that you are well aware of serious human health and environmental risks associated with GMOs (find relevant information at our Say NO to GM campaign), and that you believe the precautionary principle which applies to European food law (Regulation [EC] No 178/2002) should be implemented in the form of an immediate ban on any cultivation of GMOs in Europe.

Say the same to your national member of parliament.  If we don’t express our concerns, we can’t expect those who are meant to safeguard our democratic rights to do what is required to change things!