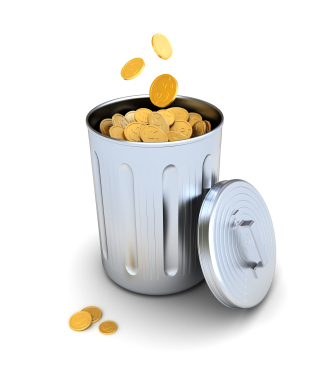 Members of the European Parliament (MEPs) have bared their teeth in no uncertain manner over the independence of the European Medicines Agency (EMA), the body entrusted to determine the safety and effectiveness of drugs in the European Union (EU).

In a damning indictment of the EMA, of the type many people had despaired of ever witnessing in the closed environment of the European Parliament, an overwhelming majority of MEPs – 637 to 4! – voted not to sign off on the EMA’s accounts.

State of no independence

Citing “grave” concerns – a phrase that appeared no less than five times – about the EMA’s independence, the MEPs said there is, “No proper guarantee of the independence of experts hired to carry out scientific evaluations of human medicines”.   Furthermore, “Some experts had conflicting interests”. The MEPs also slammed the EMA’s hiring practices, conflicts of interest and sources of funding. This sort of thing is nothing new, but this is by far the most visible official condemnation of EMA practices to date.

To illustrate the problems with the EMA, the MEPs’ report honed in on one Thomas Lonngren, former executive director of the Agency.  After resigning his post in December 2010, he soon announced his new appointment as…a private consultant for the pharmaceutical industry, advising on new drug development!  The EMA had not exercised its clear right to block such appointments, according to MEPs.

It gets worse for the EMA.  The Nordic Cochrane Centre, part of the internationally respected Cochrane Collaboration that is committed to, “Preparing, maintaining, and disseminating systematic reviews of the effects of health care”, accused the EMA of withholding clinical trials evidence in order not to jeopardise the profits of drug companies.

Something is stirring in Brussels

This report is an absolute bombshell for the EMA.  Many observers of the EU, ANH-Intl included, have accused it of being a bureaucratic and undemocratic monolith of an institution, unelected and separate from its constituents.  But there are signs that MEPs – who in many cases firmly believe that the European project will benefit people in their countries, and who work very hard on their behalf – are beginning to flex their muscles over the EU’s worst excesses as regards natural healthcare.

Last week, we reported on MEPs’ strongly worded concerns over the European Food Safety Authority’s dismissal of hundreds of health claims under the Nutrition and Health Claims Regulation.  We also brought you news of an MEP’s written question concerning American influence over the EU’s position on genetically modified organisms, and of concerned MEPs forming a group committed to taking action against the tide of bad regulation currently threatening natural healthcare in the EU.

But this is something new. With this report, MEPs have stated in black-and-white terms that the EMA is acting to promote the interests of the very pharmaceutical interests it is meant to be regulating on behalf of EU citizens – misusing citizens’ money in the process! In other words, the EMA is as corrupt as they come, and its accounts are not worth the cost of the paper they are printed on.

Let’s hope the EMA acts on this report, and that this is a sign of increased transparency to come. But even if it fails to act, the spotlight is on them, and they cannot simply carry on as before. We await further developments with interest.