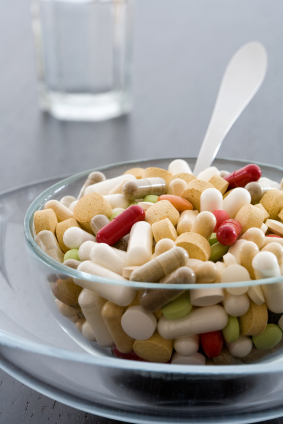 A UK-based study of over 13,000 people aged over 65 has found that patients taking multiple drugs in a certain unnamed class are at a significantly greater risk of death, but only scratches the surface of the problems with polypharmacy. Meanwhile, an architect of the psychiatrists’ bible says, “There is no definition of a mental disorder”, calling into question the entire practice of pharmaceutically based psychiatry.

A group led by Dr Chris Fox, clinical senior lecturer at Norwich Medical School, rated the drugs on a 3-point scale according to their effects on a particular, unnamed, chemical messenger in the brain, with 0 for no effect and 3 for a severe effect. Patients taking a drug regimen that scored greater than 4 on the scale were at a 26% increased risk of dying during the 2 years of study, compared with patients “not taking any medication in the drug class”. “We found it was a cumulative risk – not just the severity of the blockade [i.e blocking by the study drugs of the chemical messenger’s receptors in the brain] but the number of drugs as well,” said Dr Fox.

The wider problem of polypharmacy

A recent study conducted in a London-based emergency department revealed that 45% of 467 patients were being treated by polypharmacy, defined as five or more drugs [1]. Fifty patients were on 10 or more drugs [1]! Beyond the emergency department alone, which inevitably sees sicker patients, a Swiss meta-analysis estimated that 20% of patients over 70 years of age take five or more drugs, usually for conditions arising from, “musculoskeletal, cardiovascular, gastrointestinal, neurological and urological disorders” [2].

The reason for such a high incidence of polypharmacy is that doctors prescribe one drug for a particular condition, which often results in certain side effects; they then prescribe a second drug to deal with those side effects, which produces its own side effects and leads to a third prescription; and so on. But is there an evidence base for this practice?

The answer is a resounding “no”. Detailed – often very detailed – lists of drug interactions are shown on a drug’s Summary of Product Characteristics (SPC), which is meant to summarise all the available evidence of a drug’s efficacy and safety. The SPC for seroxat, for example, lists interactions between seroxat and other drug classes and individual drugs, sometimes when these drugs are being prescribed in combination with other drugs. However, even in the latter case, data are only available for a single, three-drug combination, given to a very specific group of patients. There is no information available for even five-drug combinations and certainly not regimens of eight, nine or more drugs.

Top psychiatrist: “There is no definition of a mental disorder”

While we’re on the topic of psychiatric drugs, such as seroxat, we were extremely interested in an article on The Battle to Define Mental Illness that included an interview with one of the architects of the psychiatric Bible, the Diagnostic and Statistical Manual of Mental Disorders (DSM). According to the article, the DSM defines mental disorders purely according to the symptoms with which patients present. Of course, once a disease is defined, the pharma houses can go to work developing a drug to ‘treat’ it, or even – the economically efficient option – repurpose an existing drug as a psychiatric agent. Chlorpromazine, for example, a drug given to schizophrenia patients, was originally developed as an antihistamine!

Allen Frances was lead editor of the fourth edition of the DSM, which is the current edition and known as DSM-IV, and he made some unguarded comments during the interview. “There is no definition of a mental disorder,” he exclaimed. “It’s bull***t. I mean, you just can’t define it…these concepts are virtually impossible to define precisely with bright lines at the boundaries.”

Which begs the question: how on Earth have we arrived at this situation? Millions of patients are given powerful pharmaceutical drugs, often many at the same time, for conditions that cannot be defined – according to one of the men who, literally, wrote the book on those very ‘definitions’. Doesn’t this bring the entire practice of pharmaceutically based psychiatry into serious question? Watch for some serious closing of the ranks among psychiatrists in the coming weeks!

The stark truth is that adequate research into the effects of multiple drug combinations on the human body has not been carried out. On one level, this is understandable, since it is practically impossible to perform the necessary studies into all the drug combinations that could potentially be prescribed by doctors. However, in this context, it is utterly indefensible that some patients are on as many as 17 different medications [2]. Millions of patients, especially our older generations, are taking increasingly complex regimens of powerful, new-to-nature, synthetic pharmaceutical drugs every day of their lives, without anyone having a comprehensive idea of how the drugs are likely to interact in combination.

Isn’t this a case of the ‘cure’ being more harmful than the ‘disease’?

[1] Banerjee A, Mbamalu D, Ebrahimi S, Khan AA, Chan TF. The prevalence of polypharmacy in elderly attenders to an emergency department: a problem with a need for an effective solution. Int J Emerg Med 2011;4:22.