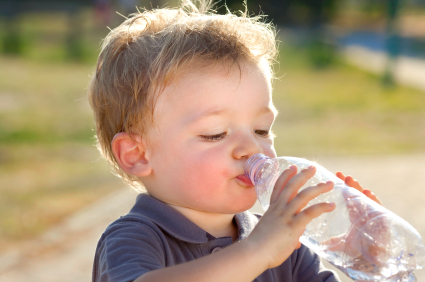 The newly published opinion of the European Commission Scientific Committee on Health and Environmental Risks (SCHER) entitled “Critical review of any new evidence on the hazard profile, health effects, and human exposure to fluoride and the fluoridating agents of drinking water”, confirms that young Irish / UK children easily exceed the fluoride upper limit by drinking less that half a litre of water daily!

The eagerly awaited report (which interestingly, was published the day after the Canadian pro-fluoride ‘Guidelines for Canadian Drinking Water Quality – Fluoride’ report), confirmed some of the concerns of scientists, non-consenting fluoridated drinking water consumers and anti-fluoride campaigners, by concluding that systemic exposure to fluoride through drinking water is associated with an increased risk of dental and bone fluorosis in a dose-response manner without a detectable threshold.

So why are children in Europe still being forced to drink more fluoridated water than the maximum amount their little bodies can take? And why be exposed to the risk of damaging their teeth and health, with proposals for wider fluoridation in the pipeline?

Many EU stakeholders have been outraged by the flagrant disregard of the substantial evidence detailed in their submissions in SCHER’s final opinion to the SCHER public consultation last year.

In the report, the SCHER Committee pay lip service to ‘limited evidence’ from epidemiological studies pointing towards other adverse health effects following systemic fluoride exposure, e.g. carcinogenicity, developmental neurotoxicity and reproductive toxicity. To the surprise and disappointment of many of the stakeholders, it concludes that, “application of the general rules of the weight-of-evidence approach, indicates that these observations cannot be unequivocally substantiated”.

The UK Council's Against Fluoridation group have lambasted SCHER for ignoring the humanitarian impacts of fluoridation. They are calling for the Commission to order these "two rogue Member States", Ireland and the UK, to "immediately implement the European law on medicines and foods, which prohibit the use of fluorosilicates in this arbitrary and improper fashion".

SCHER’s conclusions have come at around the same time that Southampton residents have effectively been told by the South Central Strategic Health Authority (SCSHA) that they and their children can soon look forward to these increased risks too, when they drink tap water or make up baby formula. Ironically the SHA have admitted that baby formula is NOT meant to be made up with fluoridated water, but local residents will have little choice without the additional cost of installing filtration devices!

This has happened despite residents’ massive protests, legal challenge and a recent short appeal hearing. The legal team representing Southampton resident Geraldine Milner was informed by the judge on 16th June, that there were insufficient grounds for appeal after the earlier judgment in favour of SCSHA.

In the light of the SCHER opinion, and of the reduction in levels of fluoride being used in the US, the SCSHA plan for Southampton now looks very out of touch.

The same can be said for the answers given by Earl Howe to the questions on fluoridation posed recently in the UK House of Lords by Earl Baldwin of Bewdley.

The question of why the SCSHA been allowed to spend £400,000 defending the fluoridation scheme being planned for Southampton, at a time when drastic cutbacks are occurring in the UK, is begging an answer.

Meanwhile in the US, disturbing new revelations are causing controversy. Evidence has emerged that for the last 4 decades, the pro-fluoride stance of the Centers for Disease Control and Prevention (CDC) has not been carefully considered by toxicologists, scientists and a cross section of other relevant health and other professionals, but rather by dental health professionals alone!

Family members of civil rights leader Martin Luther King Jr (Alveda and Bernice King) have begun publicly speaking out against water fluoridation, and the CDC’s promotion of it, which is very much helping to increase awareness of the problem.

Finally, a new review of studies just published in the journal Neurologia (June 2011) concludes that “The prolonged ingestion of fluoride may cause significant damage to health and particularly to the nervous system,” This is being widely reported online.

Questions that still need to be asked

With evidence mounting, awareness growing and the truth of the science being revealed, are the media and the public waking up fast enough to the reality of the risks posed by water fluoridation?

Will governments and legislators finally call a halt to the dangerous, scandalous and abhorrent practice of deliberately fluoridating water with what is effectively an unauthorised one size fits all medicine?

With the publication of the SCHER opinion, will the policies for existing and planned fluoridation schemes finally be abandoned in Europe?