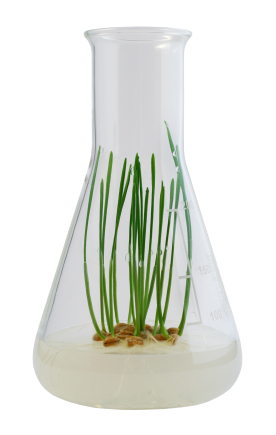 Members of the European Parliament (MEPs) have overwhelmingly given their support to draft legislation, which, if turned into law, would give individual European Union (EU) Member States the right to ban genetically modified (GM) crop cultivation for environmental reasons at their discretion. The move is awaiting approval from the Council of Ministers (in this case, environment ministers from all 27 EU Member States). The draft legislation proposes that in Member States where cultivation is permitted, measures to prevent contamination of organic and conventional farming must be taken, and it must be ensured that those responsible for any contamination can be held  ‘financially liable’.

This is certainly good news for those of us deeply concerned about the fallacy of “co-existence”, and could potentially mean that GM crop cultivation could face a complete ban throughout the EU. However, views about GM crops vary from Member State to Member State, and in some, where governments are in favour, it may end up being an issue between the authorities and citizens, many of whom will remain defiant. Anti-GMO feeling in the EU has tended to run consistently high. This is down to the fact that the European public has on the whole received more information about the potential harmful effects of GM crops on both the environment and human health than say US citizens.

The basis of the legislative proposal is the recognition that individual Member States have differing climatic, ecological and agroecological environments, and that their flora varies considerably. Logically, this means that each Member State should have the right to have its own say about the cultivation of GM crops within its borders.

The EU Commission, with the assistance of its sister European institution, the European Food Safety Authority (EFSA) has been charged with the evaluation of the safety of GM food and feeds within the EU, authorizing them accordingly. This requirement for pre-market authorisation will remain in force, but MEPs have highlighted the need for updating of the guidelines. They are woefully inadequate and have resulted in green-lighting a large number of genetically modified animal feed and human foods and ingredients.

Worryingly, premarket testing is done by the biotech companies themselves, and there appears to be significant reluctance and resistance by those with vested interests, as well as regulatory authorities such as EFSA and the Food Drug Administration (FDA) in the USA, to push for thorough, independent safety testing of GM products, or to publish negative findings.

Currently only one strain of GM maize and one modified potato are permitted for cultivation within the EU, and neither is grown commercially in most Member States. Austria, France, Greece, Hungary, Germany and Luxembourg expressly prohibit cultivation of certain GMOs, and have done this by activating a "safeguard clause" in the current (2001) EU Directive.

Campaigners welcome the stand by the EU Parliament

Commenting on the draft legislation, ANH-Intl’s Dr Robert Verkerk said: "The European Parliament is really starting to develop some muscle, being more able to respond to citizens demands. The pressure by the European Commission and certain Member States, like the UK, Holland and Sweden, to push for cultivation of GM crops on European soil has been relentless in recent years. This European Parliament initiative is a step in the direction for common sense and is a refreshing move against the trend by which sovereignty of European countries has been eroded. But it still needs approval of the Council, so it’s too early to start to celebrate."

Greenpeace has also welcomed the stand by the European Parliament.

Meanwhile, at the 2011 annual Codex summit in Geneva, Switzerland, there has been a victory for consumers’ rights to be informed about the presence of genetically modified organisms (GMOs) in food .

Caving to international pressure, the US government delegation finally ended its opposition to the Codex guidance on GM labeling. The global food safety body has struggled with gaining a consensus on GMOs for over 20 years. This now allows the document to be incorporated into Codex text, making it more likely that Codex member countries will adapt national legislation in line with Codex.

Whilst this does not mean that the labeling of GM foods is mandatory, it does mean that if a country chooses to label its food, it will not be facing the threat of a challenge by Codex’s ‘policeman’, the World Trade Organization (WTO). It is believed that this development will clear the way for greater monitoring of the effects of GM organisms

However, the US continues to remain opposed to mandatory GM labeling, and agreed to adopt the text because it clarified "that foods derived from modern biotechnology are not necessarily different from other foods simply due to their method of production."

“This is a sure sign of the revolving door between the governments and the biotech industry”, said Dr Rob Verkerk, “it’s all about the use of semantics to pull the wool over the eyes of the public. Wouldn’t consumers respond differently, if the text had read something like ‘foods derived from biotechnology are not necessarily different from conventional, non-genetically modified crops, but in some cases they may be very different and may pose a significant risk to the environment or human health.’ The latter phrasing is undoubtedly a closer reflection of the available evidence.”