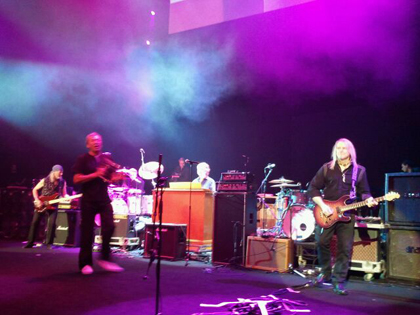 Stars gather to raise money for integrated and functional medicine

The number of deserving causes in today's world seemingly increases by the day, as crazy weather conditions, earth changes and political upheavals make the world a less stable place. Beyond the often hypocritical responses of governments and their 'strings attached' approach to international 'aid', the instinct of concerned humanity is often to pull together, put on an event and raise loads of money for the cause in question; an approach that can work wonders. One good cause that has been overlooked until now is natural healthcare: effective and potentially life changing for literally millions of people, it remains almost completely overlooked by the mainstream and consequently is starved of funds. 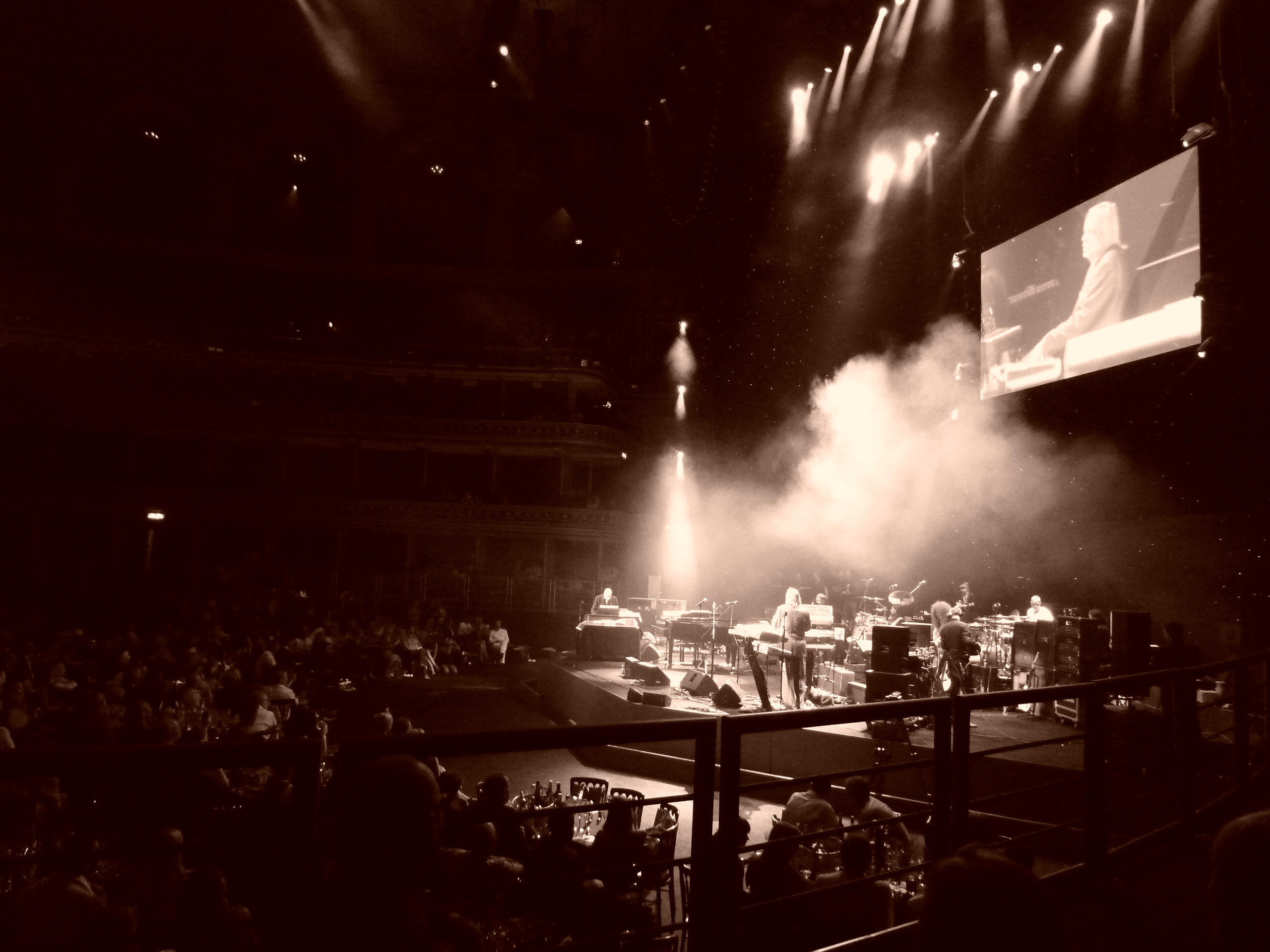 The Sunflower Jam: carrying a torch for natural health

One charity trying to change all this is The Sunflower Jam, set up in 2005 to, "Carry the torch for integrated and functional medicine...by supporting initiatives set up to bridge the gap between integrated, functional and conventional medicine". It helps that its founder is Jacky Paice, wife of Deep Purple drummer Ian Paice, and an avid fan and user of natural medicine – a lady with a famous name or two in her contacts list! Each year since 2006, except 2010, The Sunflower Jam has staged an event called SuperJam, where some of the rock world's most revered names get together to play some tunes, have an amazing time and encourage people to dig deep. It wasn't without notice that the Academy award-winning actor, Jeremy Irons, equipped with knee-height, buckled boots (which were subsequently auctioned!), was master of ceremonies for the night. 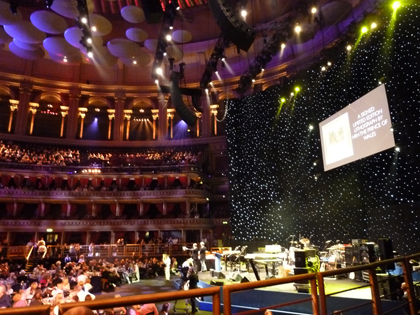 The auction, raising money for functional and integrative medicine

The biggest SuperJam yet!

The SuperJam has been growing in stature and success since 2006, as evinced by its move to the Royal Albert Hall for the 2011 event. As always, this year's concert aimed to raise money for integrated and functional medicine, keeping children with cancer particularly in mind. Outlining the mission of the charity and setting the theme of the 2011 event was a speech given by Dr Robert Verkerk, ANH-Intl’s Executive and Scientific Director. 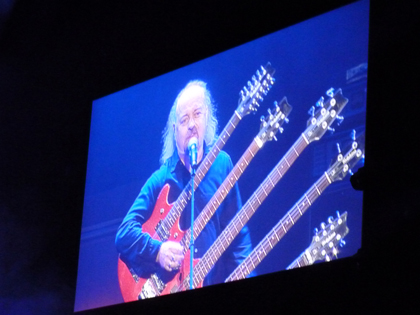 Given The Sunflower Jam's mission to make functional and integrated medicine available for children with cancer, Dr Verkerk emphasised the gaps in the delivery of mainstream medical care, and particularly its inability to resolve chronic conditions like cancer and heart disease. Bridging these gaps, he said, may best be approached by modalities that take lessons from the great medical traditions, such as Indian Ayurveda and traditional Chinese medicine. Dr Verkerk stressed the importance of considering each person as an individual and a whole, dynamic, biochemical and bio-energetic system, in turn functioning within a specific ecological and psycho-social system. Such an approach contrasts with the focus on symptomatic treatment that still prevails in so much of primary and secondary healthcare. By bringing these holistic concepts into a modern framework, said Dr Verkerk, integrated and functional medicine are ideally placed to make huge differences to our models of healthcare delivery, especially in the field of chronic disease management, and hence to the lives of millions.

Last but not least…the incredible entertainment

Apart from short speeches from Dr Robert Verkerk and Dr Michael Dixon, Chairman of the College of Medicine as an opener to the evening, SuperJam 2011 was all about the entertainment. Guests had the pleasure of Jeremy Irons' relaxed compering style for the entire evening, as well as a host of entertainers who were passionate about the cause. This included a comedian and dancers from Pineapple Studios, who helped the sumptuous dinner digest.  A successful auction following Dr Verkerk's address reminded everyone why they were there. 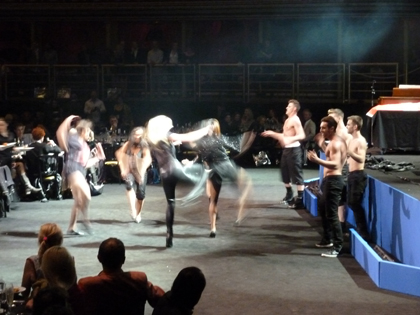 Dancers from the Pineapple Studios

But, of course, for most of the audience, the real entertainment began once the big-name musicians started to strut their stuff.  The evening was headlined by the surprisingly sprightly and not-so-young-anymore Deep Purple (including Jon Lord, Ian Paice and Steve Morse) – aided and abetted by comedian Bill Bailey on cowbells for 'Smoke On The Water' – while blues guitarist and singer Joe Bonamassa, Rick Wakeman (originally from the band Yes), Newton Faulkner and others completed the bill. 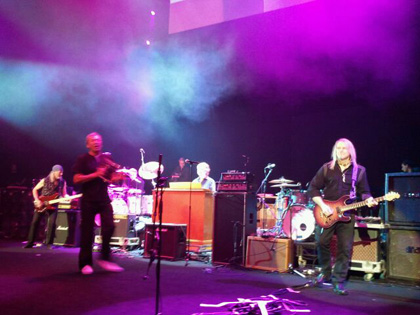 All in all, a great evening was had by all, the ANH-Intl team being no exception, and we can only urge you to join us for SuperJam 2012. 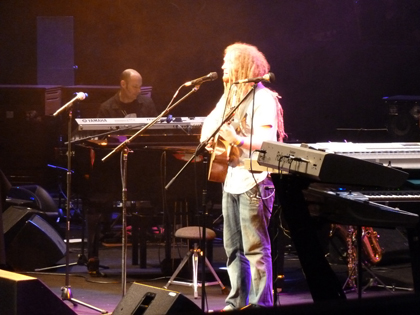