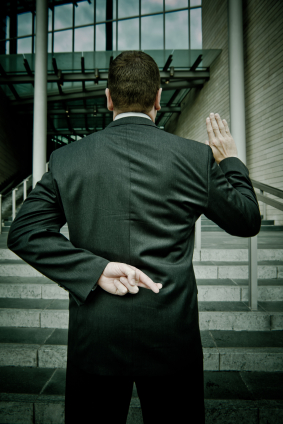 Professor John Beddington, the UK government’s Chief Scientific Advisor, has on the one hand played down the potential future role of genetically modified (GM) crops in the country’s food policy – but thinks it is safe for human health and should be used “more generally”.  Is this an attempt to appeal to both sides of the debate, while actually doing nothing to slow down the UK's long-standing desire to push GM for all its worth in both the developed and developing worlds?

Prof Beddington made the remarks at a hearing of the Environmental Audit Committee undertaken as part of the Committee’s inquiry into sustainable food.  As well as Prof Beddington, the Committee heard from the other authors of the Foresight report, entitled Global Food and Farming Futures. The Foresight report, which was co-sponsored by the UK’s Department of Food and the Rural Environment (DEFRA) and Department of Health, is set to become highly influential since its findings were recently accepted by the World Bank and the United Nations’ (UN) Food and Agriculture Organization and World Food Programme.

UK: a history of duplicity on GM

You may remember just how pro-GM the UK has been in GM technology's short history. The UK was one of only four European nations, for example, not to support Austria and Hungary's use of the safeguard clause to block planting of Monsanto GM maize in 2009.

In evidence of its duplicity, while the UK signed up for the 5-year UN study (2003–8) entitled International Assessment of Agricultural Knowledge, Science and Technology for Development (IAASTD), involving 400 scientists from 60 countries who concluded that GM had no role to play in poverty alleviation, it has never shown any serious support for this position. At more or less the same time as the UK signed IAASTD, then-Prime Minister Gordon Brown was preparing to advance his pro-GM agenda as quickly as possible, as elucidated so well by UK investigative reporter Geoff Lean, working for The Independent newspaper.

The Committee heard Prof Beddington describe the world food situation as “unsustainable”, due largely to population increases and global climate change. However, in an apparent break with the policy of the UK government – best described as ‘push GM for all it’s worth, regardless of public opinion’ – he went on to say that GM is not a “silver bullet”. However, he also felt that biotechnology should be considered “more generally” where it can solve a specific issue, and when it demonstrably does not pose a risk to human health or the environment. This last, of course, we find laughable, as it is impossible to rule out any risk when releasing GM organisms into an outdoor environment. This is precisely the reason we believe the current science demands a total moratorium on cultivation.  But as you'll see, Prof Beddington doesn't see it this way.

In a further statement, Prof Beddington said he believed that there was no indication of any impact on human health – a statement we find frankly incredible given the state of the science, both in terms of direct human consumption of GM crops and of human consumption of animals reared on GM feed. Furthermore, Prof Beddington and his Foresight Project colleague, Prof Charles Godfrey, seemed to feel that regulatory oversight of GM is stringent and sufficient in Brazil, the United States and European Union (EU).

It really makes you wonder if these 'political scientists' are really reading the scientific literature. We don't think they can be!

At this stage, it looks to us like ‘sustainable intensification’ will be just another market-based solution that locks developing countries into an imperial-style model of exploitation by the ‘developed’ nations. As for Prof Beddington’s comments on GM, we were bitterly disappointed to see that his initial apparently enlightened comment about GM not being a “silver bullet” was followed by the usual litany of GM apologist nonsense. We hope to be proven wrong, but it looks like business as usual for the UK government’s GM food policy.

So much for 'good science'.

If you are in the UK, write to your MP to express your concern over the inconsistency between the government's public pronouncements on GM, as seen in its endorsement of IAASTD, and its consistently pro-GM policy. Ask your MP whether they are aware that the Chief Scientific Advisor does not appear to be aware of the current state of the science on GM; or that if he is, he is choosing to ignore it. And always make sure you are buying non-GM food! Hit 'em where it hurts: in the wallet!


ANH Say NO to GM campaign