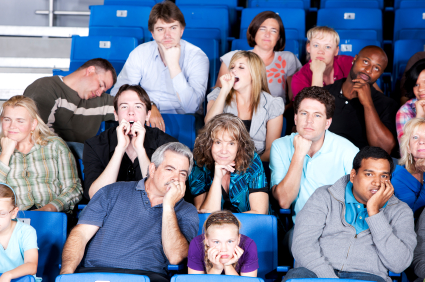 It was meant to be an evening of Fringe Theatre at London’s Camden Fringe Festival 2011, but Alternative's skeptical foray into the issues surrounding natural healthcare proved to be more cringe than fringe. Billed as a comedy, ‘from award winning and critically acclaimed Trunkman Productions’, and sporting ‘sharp lines and clever dialogue’ according to the Fringe Report, I went along with an open mind to see what writer Trent Burton had to offer.

Unfortunately, Alternative turned out to be little more than a sixth-form revue performed badly to an audience of likeminded sniggerers. Don't get me wrong: I didn't expect to wholeheartedly agree with the play's sentiments, but I was hoping that the promised clever dialogue would be well researched and factually sound. But sixth-form was as good as it got. With a couple of honourable exceptions, Alternative was basically 2 hours of hammy overacting that failed to breathe life into an unrealistic script – one that could have been more accurately researched by a bright teenager. The only people it amused were the other skeptics in the audience.

The loneliness of the enquiring mind

I quickly realised that the open mind with which I arrived was doomed not only to remain lonely, but also frustrated at the lack of anything new or original to chew on.  (Wo)man cannot live by puerile in-group jokes alone, so it's lucky the theatre was above a pub and sustenance could be sourced at the much-needed break – the best entertainment all evening.

The second half of the play was even worse than the first and I was beginning to wish I had some of those homeopathic remedies with me! As 2-hours stretched into what seemed like weeks, I wondered why Burton's ideas were simply repeating the drivel (i.e. the closed-minded, shallow, self-serving, self-aggrandising rhetoric that's becoming synonymous with this new breed of 'anti-natural' skeptics) we see regurgitated time and again by the skeptics. Looking at the programme properly for the first time – anything can be entertaining under pressure – I realised that I shouldn't have been surprised. Alternative is, in fact, a collaboration between the husband-and-wife Burton team and the 'skeptics united' of the charmless Nightingale Collaboration. This new venture appears to herald a change of tack for them — not content with ruining the lives of natural healthcare practitioners by acting like the most tedious of playground bullies, they are now contaminating the Arts with their particular brand of biased and reductionist thinking.

A class of thousands

In another bodyswerve around originality, the play took aim at homeopathy, the skeptic's favourite topic. However, lovers of both homeopathy and accuracy will be equally disappointed at the play's misunderstanding of homeopathic philosophy and practice.

Team Burton had a wonderful opportunity to use Alternative to engage the audience's grey matter with solid scientific argument, to try to convince us 'free thinkers' of the error of our ways. Instead, they settled for the same old rhetoric that’s churned out ad nauseam on skeptic blog sites the Western world over. What a shame: I’d have respected the Burtons’ talent so much more if they’d attempted even a semblance of originality. Fortunately it wasn't memorable enough to leave a lasting impression.

While we can hope that these flurries of activity from the 'anti-natural' skeptics will burn themselves out, naturally, through lack of broad appeal, it's worth, in our view, staying vigilant and keeping an eye on this new movement's antics.  Let's try to encourage a deeper level of discussion, and help these unfortunate people to realise that it's often the limitations of existing science that make them feel so compelled about their righteousness. That's why it's sometimes easy to compare them with the flat-earthers of yesteryear.