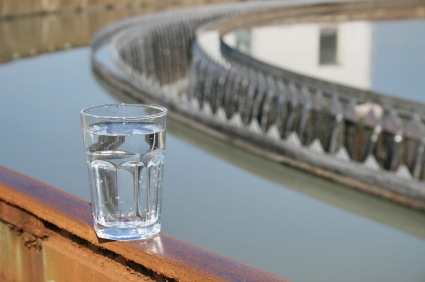 England’s ‘water fluoridation functions’ to be passed to local authorities

The thorny subject of fluoridation of the water supply has raised its head once again in the UK, with the expected and imminent passing into English law of the Health and Social Care Bill 2011. The Bill received its third reading in Parliament on 7th September, and now goes to the House of Lords. Unfortunately, the current wording of the Bill appears to give sweeping powers to the UK Secretary of State – currently Health Minister Andrew Lansley – while cutting out local opinion and ignoring current fluoride science. Get involved by writing a letter to Mr Lansley to voice your concerns over the erosion of democracy and reliance on outdated science!

Shifting power to the Health Minister

Under the new Bill, which under UK law becomes an Act when passed by Parliament, ‘water fluoridation functions’ will pass from the notoriously authoritarian Strategic Health Authorities (SHAs) to local authorities, such as county or district councils. Since such bodies are, in theory, much more answerable to the people who vote them in, this change should give more say to residents when the ugly subject of water fluoridation comes up.

The subject of water fluoridation and the role of SHAs became highly controversial in 2010, when Southampton SHA decided to begin adding fluoride to the water in the face of strong local opposition. Following a High Court decision supporting Southampton SHA, it had been hoped that abolition of SHAs might result in a change of policy – unfortunately, however, these hopes have now been dashed.

Why? Well, firstly because it now emerges that Primary Care Trusts, of which SHAs form a part, will not be abolished until April 2013. As such, nothing will change for the unfortunate residents of Southampton, who have fought long and hard to prevent fluoridation of their water supply.

Not only that, but the Health and Social Care Bill states that new regulations governing consultation of the proposals – the next crucial step, as far as the public is concerned – are to be made by the Secretary of State.  They are as yet unwritten – as the Bill puts it, the Secretary of State will have the power to dictate “such requirements as may be prescribed...as to the steps to be taken for the purposes of consulting and ascertaining opinion in relation to the proposal”.. Worryingly, there appears to be no requirement for local authorities or the Secretary of State to take public opinion into account. Such a requirement originally appeared in proposed water fluoridation legislation but was then quietly dropped, triggering legal action by Southampton residents.

To summarise the proposed new powers for the UK Secretary of State for Health in relation to water fluoridation:

However, the regulations prevent the Secretary of State from changing or ending fluoridation arrangements without a valid proposal from one or more of the local authorities involved.

Higher levels of fluoride than the USA

The new Health and Social Care Bill does not include an amendment to change the concentration of fluoride that will be added to water supplies. Therefore, this concentration will be maintained at the general target concentration of 1 mg per litre of public drinking water. However, in January 2011, the US Department of Health and Human Services (HHS) proposed lowering the level of fluoride per litre of water from the current recommended range of 0.7–1.2 mg/L to 0.7 mg/L. At the same time, the Environmental Protection Agency (EPA) announced a review of the maximum amount of fluoride allowed in drinking water. The Irish government similarly reduced levels in 2007 in response to effects of fluoride on children (notably as a result of the high incidence of dental fluorosis).

This begs the question: why hasn’t the British legislation been brought into line with the USA and Ireland?

UK government out of touch on fluoride

This June saw the publication of the opinion of the European Commission Scientific Committee on Health and Environmental Risks (SCHER).  This confirmed that young UK and Irish children will easily exceed the fluoride upper limit by drinking less than half a litre of water daily. The report also states that “No obvious advantage appears in favour of water fluoridation as compared with topical application of fluoride”!

In the light of this SCHER opinion, and of the reduction in levels of fluoride being used in the US, the UK government’s Health and Social Care bill seems very out of touch with regard to water fluoridation.

Indeed, it appears that SHAs are being abolished in favour of sweeping new powers for the Secretary of State for Health. If one person can decide the conditions for membership and actual membership of the committees considering fluoridation proposals, as well as the procedure those committees will follow when coming to a decision, how democratic is the new procedure actually going to be? Will ‘answerable’ local councils bring more democracy to fluoridation decisions, or will it be the ‘Southampton Scenario’ all over again?

Or there is a Department of Health email contact form available here [http://www.info.doh.gov.uk/contactus.nsf/memo?openform]