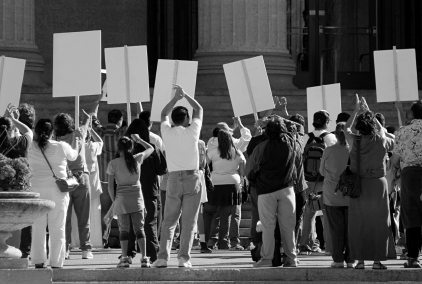 By a majority of around 2-1, city councillors backed a motion opposing the addition of fluoride to tap water to fight tooth decay.

And councillors agreed to use any future powers the authority may be given to prevent the implementation of a proposed fluoridation scheme by health chiefs.

Under the Government's proposed NHS reforms, councils are due to be handed powers over fluoridation schemes when strategic health authorities (SHA) are scrapped in 2013.

Opponents of the proposed Hampshire scheme gathered a 6,000 name petition to force Southampton City Council to debate a motion on withdrawing its backing for fluoridation.

Hampshire Against Fluoridation sent an open letter to all 48 elected officials urging them to vote to oppose adding the chemical to tap water.

This is welcome news for the residents of southern England’s coastal city Southampton. The residents’ views on fluoridation were famously totally ignored by the South Central Strategic Health Authority (SHA), which appears intent on adding fluoride to the area water supply irrespective of its population’s wishes. Councillors originally approved the controversial plans, but in an unexpected victory for democracy, Southampton City Council has finally heeded the feelings of the people who elected it.  They’ve finally decided, by a majority of 2 to 1, to oppose the fluoridation scheme, and have pledged to use their soon-to-be acquired powers to prevent fluoridation of their city’s water.

But as we pointed out before, the SHAs aren’t due to be abolished until April 2013, which could well be too late to change things in Southampton unless some valuable time can be bought!  Fortunately, if events in the North West of England are anything to go by, delays could be on the cards.  The Lancashire Telegraph reports that the National Health Service (NHS) North West have put fluoridation plans on hold, due both to the scheme’s exhorbitant expense and an unrealistic proposed timeframe for consultation and completion of the fluoridation programme.  At a cost of “around £200 million over a period of five or six years – with annual operating costs of £6 million”, this is not something to rush into!

Let’s also hope that, when councils take over responsibility for fluoridation schemes, Southampton City Council will be able to honour its pledge to its citizens.  But we need to watch this closely, given our concerns that its mandate may be overridden by the sweeping new powers proposed for the Secretary of State in the updated legislation.


Send your letter hard copy to:

Alternatively, you can email the Department of Health via its contact form