Home News No place for prevention in high-profile cancer report 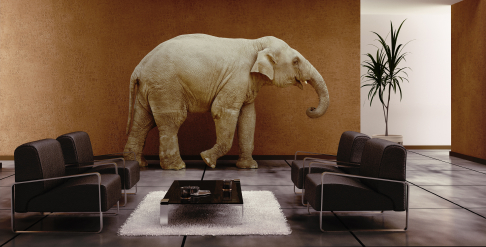 No place for prevention in high-profile cancer report

The leading cancer journal Lancet Oncology last week released the report of its Oncology Commission [1], entitled Delivering affordable cancer care in high-income countries. Unfortunately, much of what it says can be described in four words – more of the same – and, amazingly, the report utterly ignores the role of cancer prevention in cost management.

See our Calls to Action at the end of this article for how you can get involved!

The key section of the report for the casual reader is Table 7 on page 972 (see Table 1 below), which summarises the lengthy discussion elsewhere in the paper. There are undoubtedly some good, workable and useful ideas here.  Among the most relevant are:

Increase in absolute amount and rate of cancer expenditure

·       Drive innovation in low-cost technologies, including use of off-patent products, and re-engineer patient pathways to provide high-quality, cost-effective and value-based care

·       Mandate the inclusion of elderly patients in clinical research, taking into account frailty and the effect of comorbidities

·       Increase the rigour with which new technologies are developed, and reduce the number of marginal benefit technologies being taken to Phase 3 through more intelligent early-phase trial design and more rigorous evidential standards

·       Public education of the evaluation and validation of cancer technologies

·       Education that value-based care is not poor care

Table 1. Barriers and solutions to affordable cancer care in high-income countries. Adapted from [1].

While the report recognised the current shortcomings of gene-targeted therapy, or pharmacogenomics, the section on pharmaceutical treatment of cancer appears to have been written entirely from the pharma industry’s point of view – despite said industry refusing, it claims for legal reasons, to take part in the Commission. The authors conclude that, “If financial investment and research efforts can be continued over the next few decades, medical and allied professionals will ultimately be able to prevent, cure, or effectively contain many more cases of cancer”. This is word-for-word the same nonsense that the cancer industry has been peddling for decades, the success of which can be gauged from static survival rates of most major cancers, despite the billions invested in research, and spiralling associated costs. File this one under ‘keeping the show on the road’.

Three of our major bugbears with orthodox cancer treatment riddle this report like its subject:

It was left to Dr Dean Ornish, of the Department of Medicine at the University of California, USA, to state the obvious in his online comment on the paper.  (We contacted Dr Ornish to get a full copy of his comment, rather than spending $31.50 of your donations on top of what we paid for the full report, which we regarded as waste of valuable resources – but more on this below.)   “One of the simplest yet most cost-effective approach[es] may be encouraging patients to eat and live more healthfully,” pointed out Dr Ornish in a comment piece accompanying the main report. “In the EPIC study,” he continued, “Patients who never smoked, had a body-mass index less than 30 kg/m2, had at least 30 min a day of physical activity, and adhered to healthy dietary principles...had a 78% lower overall risk of developing a chronic disease, [including]...a 36% overall reduction in risk of cancer.”

It doesn’t take much imagination see how cancer costs might immediately be limited worldwide, if these figures could be translated into fewer patients with the condition.  After all, tackling the problem before it begins is just plain common sense.

Why so blind, Lancet Oncology?

It’s too cynical, or at least an oversimplification, to suggest that the concept of cancer prevention is not high on the authors’ list of priorities because they are so deeply embedded in the orthodox cancer model – that ‘too much’ prevention might put them out of lucrative jobs, in other words.  But what else are we to think when a collection of supposed experts put their heads together and come up with suggestions that largely amount to fiddling at the edges of the current system?  Apparently, yet more drugs, more technology and more radiotherapy are the order of the day, but by shunning prevention, the authors appear not to wonder why their toes are being trampled by the gigantic, grey, trumpety animal that’s eating all the sandwiches.

Conflicts of interest are the most obvious explanation, but here, the picture is less damning than might be expected. Despite a long list of industry payments to these authors, the majority declared zero conflicts. So, with most authors not directly connected with pharma or industry more generally, and with pharma electing to forego a direct presence on the Commission, this group appears to be more ideologically than financially invested in orthodox cancer treatment.

Here’s a thought. Do we need to step back from the shiny new toys, lift our eyes from our microscopes for a moment, and consider prevention coupled with some of the suppressed alternatives in the search for a new model of cancer care – beginning with a radical revision of the training curriculum for allopathic medicine? Discuss.

This is an important report, so it's a shame that so few of the public – who will be at the receiving end of any recommendations that are acted upon – will likely get to read it.  It cost us $31.50 to download, which was funded by your donations, and only Dr Ornish’s generosity saved us from having to spend the same amount to obtain his comment.  We agree with Guardian journalist George Monbiot, who basically described academic and medical publishing as a racket (they’re everywhere, aren’t they?) in a recent article. We don't much like giving money to The Lancet, as we feel your donations can generally be put to better use when spent in other areas, but in this case we felt it was necessary.  Donate now if you'd like to support our work and share the cost burden!