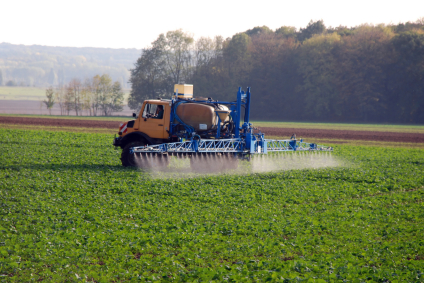 Organic farming blows conventional farming out of the water

By Sophie Middleton and Adam Smith

The good will always prevail

Following this thread, we bring you some very positive – and, let’s face it, expected – results from a 30-year-long study called ‘The Farming Systems Trial’ (FST).  The trial was carried out by the Rodale Institute, Pennsylvania, USA, and compared conventional with organic farming methods.  And guess what? In pretty much every area, organic farming outshone conventional.  But of course, outside the falsified world portrayed by the promoters of industrial agriculture, these results come as nothing of a surprise. Even so, this is great news – so let’s spread the word and support our wonderful organic farmers!

We’ll begin with the facts

On the first page of the report, there is a ‘FST Facts list’, which states that:

The report points out that, “Today, we produce food within a system that is broken”. Despite having been around for only 70 years, “Our current chemical-based agricultural system is already showing its weaknesses – depleted soil, poisoned water, negative impacts on human and environmental health, and dysfunctional rural communities.” Although the received wisdom, courtesy of large-scale agribusiness, is that crop yields must be dramatically increased in order to feed the growing world population, it is not simply a matter of increased yields: “A truly sustainable food production system based on sound biological principles” is needed to redress the current imbalances.

We are constantly led to believe that there is no alternative to the intensive use of chemicals in agriculture if we are to solve world hunger issues.  What a relief that this study proves otherwise!  The yields of organic corn, soybean and wheat were equivalent, if not greater, to the yields of conventionally grown varieties; plus, the organic crops also tolerated higher levels of competition from weeds.  In addition to this, the organic corn yield was 31% higher during drought years. Impressive stuff! 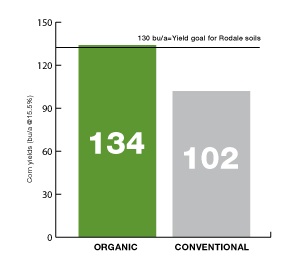 In terms of finance within agribusiness, yield is of course directly related to profit.  The bigger the yield, the more money there is to be made. Biotechnology propaganda states that genetically modified organisms (GMOs) are the guaranteed fast track to increased yields, but what did the FST show? Over a period of 14 years, farmers growing GMOs actually made less money than organic farmers, and the organic systems were nearly three times more profitable than the conventional systems.  These results chime with a report from the United Nations (UN), which found that agro-ecological farming methods could double global food production in just 10 years.  In direct opposition to the shrill posturing of the pro-GMO crowd, the evidence is showing that organic farming is the most logical option for feeding the world now, and in the future. 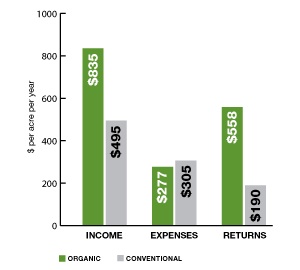 Income, expenses and returns in the FST organic and conventional systems

So not only is organic farming more successful than industrial agriculture for producing larger crop yields, it is also more profitable.  So far, so good.  But wait, there's more!  The UN report also showed that organic farms provided more than 30% more jobs per hectare than non-organic farms, with the potential to make more money using less land.  At a time when jobs are scarce, a situation that will only be made worse by the increasing reliance of industrial agriculture on technology over human labour, this is another very positive point.

Organic food continues to grow in popularity, as shown by the 2011 Organic Industry Survey.  More and more consumers are choosing organic foods, and while total US food sales grew by less than 1% in 2010, the organic food industry grew by 7.7%.  This 'voting with the fork' reflects consumers’ increasing concern about the amount of chemicals used in conventional farming, and the prevalence of GM foods on the shelves and otherwise in the food supply, such as in animal feed.

Reaping what is sown

As scientists have always warned, use of GM crops resistant to particular herbicides, such as Monsanto’s Roundup® Ready varieties, has led to an explosion in weeds resistant to the same herbicides – and therefore an increase in the use of herbicides.  Worldwide, there are 367 confirmed herbicide-resistant biotypes belonging to 200 species of weed, many of which can be linked directly back to GM crops, and this list keeps growing.  This has led to the US Environmental Protection Agency (EPA) approving a 20-fold increase in how much glyphosate (Roundup®) residue is allowed in food.  The US Department of State website documents glyphosate as causing nose, throat and eye irritation, photosensitivity, malformations and birth defects, cancer and genetic damage.  These impacts were often seen at very low doses, so it is extremely concerning that acceptable levels are being increased.  Not only is glyphosate harmful to humans, but it also threatens the Monarch butterfly’s existence as it is killing off milkweed, the butterfly’s source of food and habitat.

Industrial agriculture’s reliance on huge amounts of pesticides, herbicides, fertilizers and other chemicals requires an increased use of machinery, which directly contributes to concerns over energy depletion and climate change.  The FST report revealed that conventional systems emit nearly 40% more greenhouse gases (GHG) per pound of crop produced than the organic systems. Given that Intergovernmental Panel on Climate Change (IPCC) says figures show that agricultural land use contributes 10–12% of global GHG emissions, the potential for widespread organic agriculture to significantly reduce GHGs is obvious.  Not only that, but the FST also showed that organic farming systems used 45% less energy than conventional systems.  In a nutshell, our carbon footprint could be greatly limited through organic farming methods. 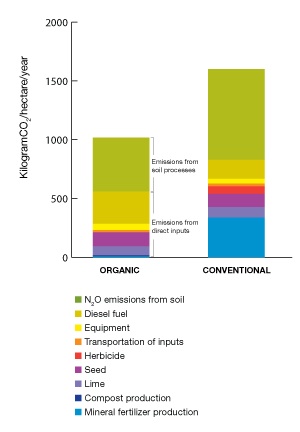 Alongside the air pollution from machinery, the FST study compared groundwater pollution caused by organic and conventional farming methods. It found that nitrate-nitrogen concentrations in drinking water more frequently exceeded the legal limit of 10 parts per million as a result of water leaching from the conventional system, compared with the organic system.

One of our campaigns here at ANH-Intl is Sustainable Healthcare, but the concept of 'sustainability' is key in so many areas, not only healthcare.  It is abundantly clear from the results of the FST that organic farming is a far more sustainable way of providing for ourselves, and for generations to come, than conventional, industrial agriculture.

We would also like to propose that the term ‘conventional’ as applied to agriculture – meaning a reliance on technological methods, such as chemical fertilisers, herbicides, machinery and, increasingly, GMOs – is misleading and should be discarded. After all, all farming was ‘organic’ until the advent of industrial agriculture 70 years ago!  The UN agrees: “Organic agriculture can be described as “neo-traditional food system”, as it uses scientific investigation to improve traditional farming practices anchored in multicropping systems, natural food preservation, and storage and risk aversion strategies that have traditionally secured local food needs”.

So, let’s leave the final word to the authors of this eye-opening report: "After thirty years of a rigorous side-by-side comparison, the Rodale Institute confidently concludes organic methods are improving the quality of our food, improving the health of our soils and water, and improving our nation’s rural areas.  Organic agriculture is creating more jobs, providing a livable income for farmers, and restoring America’s confidence in our farming community and food system."

Seriously, why would we want to farm any other way?