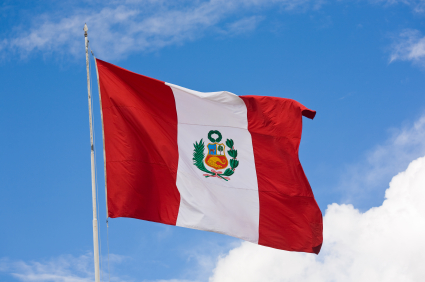 The now largely silenced WikiLeaks identified back in 2009 that Peru had been shortlisted as a “key country” for the biotech industry’s insidious genetically modified organisms (GMOs) outreach program. This was intended to act as a “powerful demonstration to others”. Fortunately, the plan has backfired.

The proposed ban, that awaits final sign off by President Ollanta Humala, will prevent the importation for cultivation of GM seeds, livestock, and fish. Finally, we see a government acting on principle – one that’s in the long-term interest of its environment and wildlife, as well as its people.

Peru joins a very small group of countries that have taken this principled stand on GMOs, one that in our view is actually the only rational approach taking into account the known scientific facts.

Hungary and Austria have previously taken such a stand and banned the cultivation of Monsanto maize.  Peru represents a country that takes such strong pride in its indigenous heritage and traditions and this ban is testament to this. The situation is helped by the fact that President Humala, who was elected to the Presidency in July this year, is a known opponent of GMOs.

Peru is one of the world's leading exporters of organic food, according to the Agriculture Ministry, including coffee and cocoa, and enjoys $3 billion a year in revenues. Peruvians have clearly understood that the biotech industry’s claims that coexistence — the notion pushed by the biotech industry that allows GM and non-GM crops to be grown cosily side by side — is not sustainable in the long-term. Contamination of organic produce with GMOs would render it unsaleable as non-GMO food and constitute a huge risk for the organic food industry. So it’s possible that there is a slither of business protectionism in the Peruvian decision, but at least this is about healthy business!

In Europe, and especially the UK, the battle to stop the march of GM has not yet been won. Brits may soon have to face the prospect of GM potatoes being sold in the store down the road. The European Food Safety Authority (EFSA) is receiving documents from BASF Plant Science seeking approval of a new potato, called Fortuna. BASF firmly believes it can sway public opinion and introduce the potato onto the market, claiming benefits such as the reduction in the use of fungicides. We reported on a 30-year study carried out by the Rodale Institute, Pennsylvania, USA earlier this year that showed the complete opposite. On almost every count organic farming was found to outshine conventional. But as is always the case, it depends on which studies you read – and even more importantly – who funded or was behind the study.

Given existing knowledge about the risk and transfer of genetically modified ‘transgenes’, we argue that all countries should be taking the kind of stand taken by Peru and issue a complete moratorium on outdoor growing of GMOs. This kind of moratorium has been used in the past for other doubtful or high risk technologies (e.g. in Europe: fenfluramine drugs, organochlorine pesticides, recombinant bovine growth hormone). It beggars belief that the US government has allowed over 70% of the processed food in US supermarkets to now contain GMO ingredients.

We hope that Peru will stand out as a shining example of a country acting in the best interests of its people and environment, as well as one that has acted on the basis of existing scientific knowledge, not merely some vague concern about potential risk.