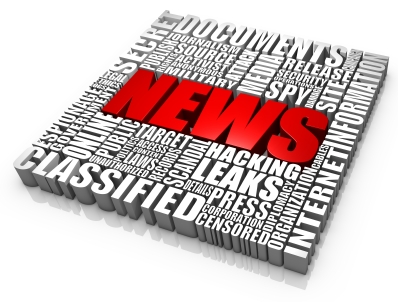 The temperature is again rising on the herbal debate, at least in the UK. Call us ANH-Leaks if you like, but we have posted today on our website a letter sent by a UK academic to the Secretary of State for Health, Andrew Lansley MP.  In the letter, Professor Elizabeth Williamson, a pharmacist from Reading University, UK, has a major blow-off about the European Union’s (EU’s) Traditional Herbal Medicinal Products Directive (THMPD). According to her, the THMPD is not effectively getting rid of herbal food supplements, which continue to compete against products that have been licensed under the EU Directive’s registration scheme.

In our view, Professor Williamson dresses up her complaint to make it look like there is some kind of impending threat to public health if all these dangerous food supplements are left on the market.  On this point, the facts simply don’t stack up.  Herbal food supplements in general are considerably safer than conventional foods. It’s quite apparent that the actual thrust of the letter concerns what the author perceives as unfair competition.  It’s almost as if the very companies that have been successful in getting licenses, in particular the German phytopharmaceutical companies, have orchestrated the complaint because things haven’t quite gone to plan.

In her letter, Professor Williamson suggests that the UK government authority on medicines, the Medicines and Healthcare products Regulatory Agency (MHRA), has gone soft on herbal food supplements and won’t necessarily be forcing them off the market. The reason? They are apparently worried about recent European Court of Justice (ECJ) judgments on herbs. Well, isn’t that a turn-up for the books? Is the MHRA actually concerned that it will have to answer for its decisions to the judges at the ECJ, once our judicial review takes the issue to Luxembourg?

We were so concerned by the content of Professor Williamson’s letter that we felt we had no option but to respond publicly both to the Professor and to the Minister. We believe that Professor Williamson has enormously misrepresented the scope and intentions of the THMPD legislation, and its implications for the UK herbal products sector. In doing so, she has inexplicably adopted the position taken by the largest phytopharmaceutical companies, who have gained a big commercial advantage over their competitors by registering many of their products under the THMPD, in the hope — it seems — that the competition from botanical food supplements will be removed.

It is a great surprise to us that Professor Williamson has acted in this manner.  With over 30 years’ experience, she has written and edited books on herbal medicine, Ayurvedic herbs and alternative and complementary medicine. Given such a wealth of knowledge, it seems out of character that Professor Williamson has so misrepresented the THMPD, its scope and implications, as well as the accompanying case law from the ECJ.

Whereas Professor Williamson portrays the ECJ as being part of the problem, it has in fact been trying to clarify the incredibly confused food/medicine borderline.  The Professor makes no bones about the fact that she thinks all herbal products should be regarded as medicines, and that’s why she has a problem with the ECJ. The Court has ruled in several separate cases that all properties of an herb or herbal product, including the dosage of active constituents, must be considered before it can be declared a medicine. This allows herbs that may have specific medicinal uses to be sold as food supplements when active ingredients are present in lower amounts, as they often are in many complex polyherbal products that are typical of the great Asian traditions, such as Ayurveda and traditional Chinese medicine (TCM).  Rather than criticising these rulings, Professor Williams should be applauding them, especially Case C-27/08 involving the Ayurvedic anti-inflammatory herb, Boswellia serrata.

Heading off a deceitful campaign

In the face of an ongoing campaign by certain phytopharmaceutical companies to portray herbal food supplements as a danger to public health and in need of yet more regulation – including questions in both Houses of the UK Parliament – Professor Williamson’s intervention was at risk of wielding a dangerous level of influence. Accordingly, we felt compelled to do something about this, exposing what might have otherwise been kept behind closed doors.

We strongly believe that an open debate on these important issues is sorely needed, and hope that today’s open letters will kick-start that process.

To our readers and followers, we also look forward to you sharing this information with your own contact groups.  We’re also very keen to receive your comments below, as well comments and shares on our Facebook profile.