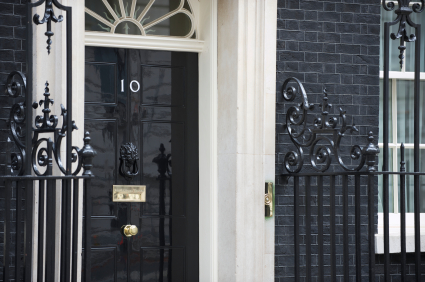 One definition of insanity is repeating the same action but expecting a different result. In that case, the UK government should be worried, as it has chosen to tie its colours even more firmly to the mast of the ‘life sciences industry’ – otherwise known as Big Pharma and Big Biotech.

A nation of guinea pigs

The new plan, we are told, is all about making the UK National Health Service (NHS), “The driver of innovation in UK life sciences” and eventually, “The fastest adopter of new ideas in the world”. Political buzz-words aside, however, what this means is very simple: more drugs, for more people, more quickly than ever before.

Among other strategies to tackle, “A rise in chronic conditions such as diabetes, obesity and dementia” will be:

As well as being offered to Big Pharma as experimental subjects, UK patients may also lose any semblance of privacy under the new strategy. Researchers will be given access to data in patients’ private NHS medical records, unless patients opt out.

The UK government appears to believe that its life sciences strategy will help to pull the UK away from the brink of further recession. Because, “[The UK life sciences industry] is the third largest contributor to economic growth...with more than 4,000 companies, employing around 160,000 people and with a total annual turnover of over £50 billion,” increased support will, “Drive growth and to help rebalance the UK economy away from financial services”.

Call us Cassandra if you like, but we see this policy as further investment in failure. Billions of pounds have already been thrown at pharmaceutical and technological ‘solutions’ to modern, chronic conditions like diabetes and cancer, with marginal results and sky-high adverse event rates.

While the world teeters on the edge of the worst recession in living memory, it’s not hard to see why governments like to opt for short-term solutions. Giving the third largest industry in the UK what it wants could on one hand seem a useful way of propping up the economy, but it could also be akin to flogging a dead horse.

In our view the future of healthcare and biotech companies, including those whose business is centred on the production of GM seeds and crops, is by no means assured. The business model that relies on patenting on new-to-nature molecules and organisms is, in our view, doomed to failure at some point in time. Probably the most likely time for the U-turn away from this approach — an idea that has after all only been with us since the post-WWII period — could well be when humans shift away from fossil fuels as the primary energy source. This is likely to happen by 2050, if not before, if ITER and the various fusion developments around the world go as planned.

In the meantime, let’s keep our eyes and ears open for signs from governments that they are willing to back approaches to healthcare that are biologically compatible. It’s only logical — and it beats flogging a dead horse.

And in the interim?

In the meantime, if enough people could be persuaded to take more responsibility for their health and make changes to their diets and lifestyles – public health would be transformed and become sustainable. Chronic disease rates would drop dramatically and billions would be saved, for an insignificant government investment.  In the short-term, the pharma and biotech sectors would make less of a contribution to the economy, but history shows us over and over again, that people and businesses find a way of adapting and diversifying to suit the changes in the environment around them.

The authentic greening of the healthcare, biotech and energy industries is inevitable — it’s just a question of when. And we, as public citizens and consumers, can play a major role in deciding….we just need to consider very carefully how we live our lives.