Home News Which? attack on nutritional therapists throws the baby out with the bathwater 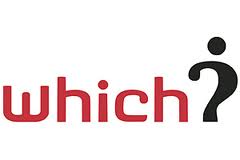 Which? attack on nutritional therapists throws the baby out with the bathwater

The Which? investigation involved three reporters posing as patients and visiting a total of 15 nutritional therapists to seek advice for non-existent conditions. These included ductal carcinoma in situ – a type of breast cancer – fatigue and difficulty conceiving. The consultations were recorded and later transcribed, and both the consultations and the advice given by the nutritional therapists were reviewed by an ‘expert panel’ convened by Which? According to the panel, eight of 15 consultations were ‘fails’, six were ‘dangerous fails’ and one was a ‘borderline pass’.

Undeniably, some of the advice given by the nutritional therapists targeted by the Which? investigation gives serious cause for concern. In particular, diagnosis of medical conditions is legally the exclusive province of medical doctors in the UK. Other issues identified in the ‘serious fail’ category include advising cancer patients to delay conventional cancer therapy and missing so-called ‘red flag’ symptoms that could indicate the possibility of a serious underlying medical condition.

Errors in judgment such as these are not made by responsible and competent nutritional therapists, which comprise the vast majority of practitioners in the UK.  Code of Practice (COP) adopted by practitioner organisations, such as the British Association for Applied Nutrition & Nutritional Therapy (BANT) – featured heavily in the Which? investigation – must provide clear guidelines to their members on these and other matters if professional responsibility and integrity are to be maintained. Practitioners who flout their professional body’s COP should face severe sanction, and professional organisations representing nutritional practitioners must work swiftly to get their houses in order before public trust suffers irreparably.

An investigation set up to fail

However, the Which? investigation contained clear evidence of anti-nutritional therapy bias in the makeup of its ‘expert panel’. This panel consisted of general practitioner (GP) Dr Margaret McCartney, a Professor of Pharmacology and Catherine Collins, a registered dietician.  If the aim of the investigation was to take a fair, unbiased look at the practice of nutritional therapy in the UK, it too can be graded as a ‘serious fail’ based on its panel members.

Although Dr McCartney’s presence on the panel was presumably to advise on the medical diagnoses involved in the investigation, medical doctors in the UK receive minimal training in nutrition as part of their medical studies – a mere 1 day in the entire medical curriculum. Their competence to assess nutritional therapy must, therefore, be seriously questioned.

If there’s one person who should not even be considered for an impartial view on nutritional therapy, it’s David Colquhoun, Professor of Pharmacology at University College London (UCL), UK. Yet there he was, large as life on the ‘expert panel’ chosen by Which?. Our objections stem from the fact that Colquhoun has been a high-profile opponent of all forms of natural medicine, and especially nutritional therapy, for many years and is a leading figure in the ‘skeptic’ movement. It beggars belief that anyone wanting a balanced view of nutritional therapy would even ask his opinion, let alone choose him as a member of an ‘expert panel’ on the topic. To prove this is not mere sour grapes, below are several public quotations made by Professor Colquhoun that provide a representative view of his opinion on the topic of nutritional therapy:

Catherine Collins a dietician registered with the British Dietetic Association (BDA) and was, at least until 2011, principal dietician at St George’s Hospital, London, UK.  She is a regular spokesperson for the BDA, whose news article covering the Which? investigation states that, “Nutritional therapists use treatments such as high dose vitamins, detox, and food avoidance for which there is little evidence. They work on the belief that the body has underlying nutritional and biochemical imbalances that are leading to poor health including mental health problems. They do not use the evidence in a robust fashion and advice is most often based on personal opinion or belief.”

Overall, then, it is clear that the ‘expert panel’ cannot have been chosen with the intention of obtaining a balanced, fair and unbiased result.

Dietetics, the form of nutritional management practiced by dieticians, is based on fundamentally different premises to nutritional therapy, which in turn takes its cues from the 30-year-old and rapidly developing field of functional medicine. Contrary to the BDA’s scornful description, nutritional therapy may fairly be described as, “An individual-centred approach to healthcare that employs assessment and intervention using nutritional, lifestyle-based and related health sciences in order to assist the individual to optimise his or her physiological, emotive, cognitive and physical function”.

A description of functional medicine (FM), upon which nutritional therapy is based, goes as follows: “FM uses a systems-oriented approach to engage both the patient and practitioner in a therapeutic partnership.  It is an evolution in the practice of healthcare for the needs of the 21st century. FM addresses the whole person, not just an isolated set of symptoms, and practitioners spend time with their patients, listening to their histories and looking at the interactions among genetic, environmental and lifestyle factors that can influence their long-term health. In this way, FM supports the unique expression of health and vitality for each individual.”

An ‘expert panel’ without any experts

Definitions aside, FM – although backed by a sound and extensive evidence base – has so far not found acceptance by mainstream medicine in the UK. As a result, therefore, an ‘expert panel’ comprised exclusively of proponents of mainstream medicine was always going to come to extremely negative conclusions regarding a therapy it has yet to embrace.

A big question for the public, for BANT, the Complementary and Natural Healthcare Council (CNHC) and government regulators, is just how representative was Which? magazine’s sample of 15 nutritional therapists?

The bottom line is that it appears, from information that has been gathered to date, that the sample selected in each city was not chosen randomly.  Instead, the selections were based on those practitioners that came at the top of Google searches in each of the three cities chosen for the study. Only a randomly selected sample could be viewed as being representative, and such sampling would have to be independent of Google rankings. Basing the sample on Internet rankings, as for any industry, might bias the selections toward practitioners that have expended more effort in trying to increase their search engine ranking, rather than offering high-quality nutritional therapy services.

To use an analogy, it would be akin to evaluating the overall safety of all over-the-counter pharmaceuticals based on those that appeared in the top 10 hits after entering a phrase such as “buy drugs online” into Google.  The results from such a search would be quite different from 15 drugs randomly selected from, say, the 100 most used ones.

On the one hand, this Which? investigation has unearthed some awkward truths for professional bodies acting on behalf of nutritional therapists. We urge them to act quickly and decisively in order to ensure that the mistakes highlighted by Which? do not happen again – and if they do, to ensure robust disciplinary procedures are in place to deal with the culprits. All professions have their bad eggs, but what marks out a trustworthy profession is its willingness and ability to deal with them.

But – and it’s a big ‘but’ – this investigation was laughably transparent in its desire to hang nutritional therapists out to dry. Which? therefore joins the lengthening roll-call of supposedly prestigious publications that have dived head-first into the mire of unwarranted and dishonest trashing of natural therapies. As Ben Goldacre would say, over and over again, “Shame on you”.